Singapore's bond market is ending the year with a whimper. Uncertainty over the incoming policies of the next US president and the anxieties over upcoming interest rate hikes have slow down the bond market. 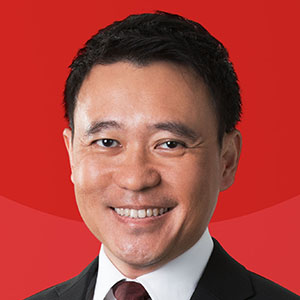 Clifford Lee, DBS Bank's head of fixed income said, "The SGD bond market for this year looks like it will end up at close to 2013's new-issuance volume of just under S$20 billion".
He offered two main reasons for the slow market: "The credit stress in the SGD bond market, although very much isolated to bonds issued by the offshore and marine sector, has seen more risk aversion among investors".

The issuance volume of mid-cap issuers' bonds has correspondingly dropped.

"Traditional investment-grade issuers who could have issued in the SGD bond market were offered cheaper issuance options in other markets (such as in USD and HKD)", Lee added.

Lee also briefed on why the market was slow this year. He said, "Another reason is that investment-grade issuers were offered cheaper issuance options in other markets."
Andrew Wong, OCBC Bank credit analyst, said another factor for the muted activity in 2016 is Singapore's weak economic outlook, which depressed performance in some key industry segments that issue bonds in SGD, namely property and financials.

Todd Schubert, Bank of Singapore head of fixed-income research, said that the result of the election caused a re-pricing of bond risk globally, on the assumption that the Trump presidency would be marked by reflation caused by expansionary fiscal policies.

"Coupled with the potential for a Fed rate hike later this month, this has basically brought the SGD market, and indeed, bond markets globally, to a standstill," summed up Schubert.