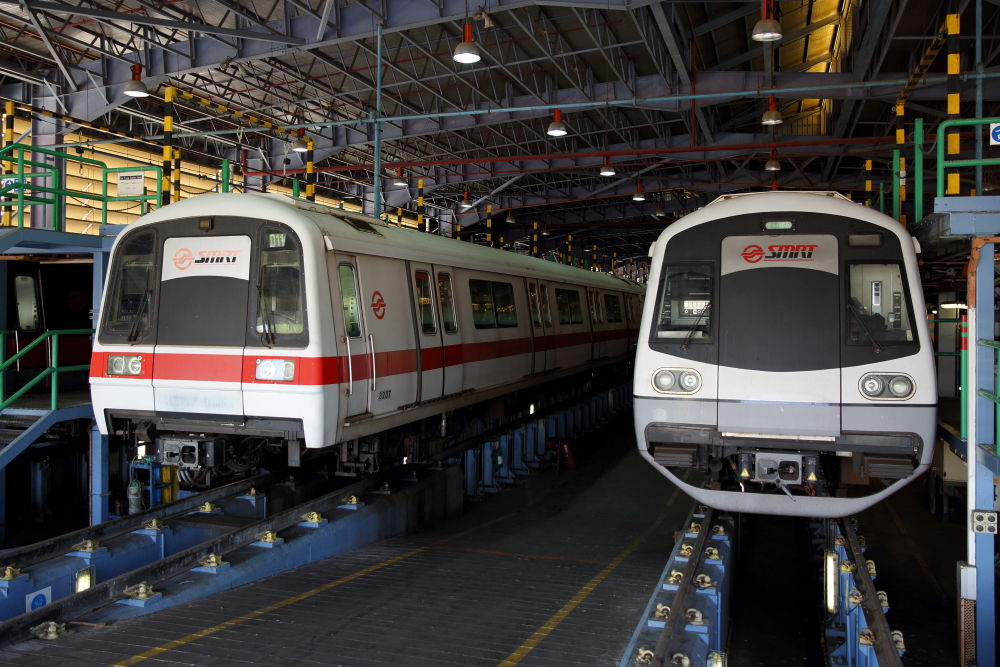 In a Facebook post, SMRT said that “23 passengers and 2 SMRT staff sustained light to moderate injuries, and have been conveyed to Ng Teng Fong Hospital and National University Hospital”.

According to SMRT, a train heading in the direction of Tuas Link Station stalled at Joo Koon Station. At 8.19am, a second train stopped behind the first faulty train, but a minute later, the second train moved forward unexpectedly and came into contact with the first train.

The Singapore Civil Defence Force (SCDF) said in the Facebook post that they were alerted to the incident at 8.33am and had sent 23 injured passengers to hospitals. It said that the “majority sustained minor injuries”.

Over the five hours after when the incident occurred, about 40 SMRT personnel were seen on the station platform inspecting the accident site. SMRT chief executive officer Desmond Kuek was spotted at the station around 10.45am but did not address the media at the time.

Trains continued to run in both directions on the unaffected side of the station platform, with SMRT announcing that commuters should expect 10 minutes of extra travelling time between Joo Koon and Tuas Link stations.

Commuters alighting at Joo Koon station were also asked by SMRT staff not to take photos of the accident scene.

SMRT and the Land Transport Authority are investigating the incident, the rail operator said. A post on SMRT’s Facebook page at 2pm said that train services in both directions between Boon Lay and Tuas Link would be suspended for two hours as of 2pm.

“This is to facilitate the recovery of the two trains involved in this morning’s incident at Joo Koon MRT station. We are doing all we can to restore services safely and expeditiously,” the post said, adding that free bus and bridging bus services would be available between Boon Lay and Tuas Link.