Following the heaviest monsoon rainfall over the last century in Kerala, the Indian state has been inundated with floods that have caused havoc. According to Kerala Chief Minister Pinarayi Vijayan, 167 people have died in the state - more than 100 of them in the last 36 hours - and he issued a fresh rain alert for the battered state. 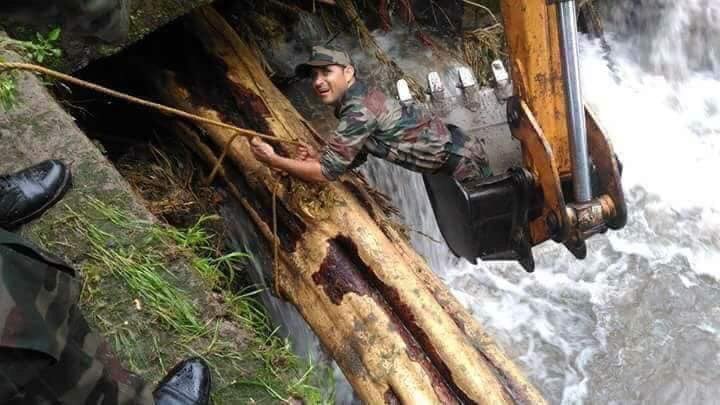 The military has pushed in more than 200 boats into the state for rescue operations. Photo courtesy: Twitter/@shatrujeet009

The military has pushed in more than 200 boats into the state for rescue operations. Another four aircraft and three Coast Guard ships have also been brought in to rescue people marooned in areas cut off by vast stretches of water as rescue efforts have been progressing on a war footing.

The Singapore Malayalee Association (SMA) in Singapore announced that they would be carrying out relief efforts and emergency fundraising events and expressed their support for the victims of the natural disaster.

“The SMA is extremely saddened by the unfortunate flood situation in Kerala. We want to support and provide relief to the flood victims, in every way possible,” it said in a Facebook post. “SMA is currently working with other Malayalee organisations, regulators and authorities in Singapore to plan various relief activities. We are doing everything possible to speed up this process.”

A tweet from the Chief Minister's Office issued a fresh alert. "Alert: all districts apart from Kasargod are under red alert... heavy rains may affect these 13 districts. Everyone please be cautious," the tweet read.

For the people of Kerala, the road to recovery is going to be a long one. Your help no matter how small will be a step to restore normalcy. Donate to:

An alarming situation has developed in some districts where roads have become completely submerged. Almost all parts of Thrissur and Chalakudy towns are under water.

This morning, Prime Minister Narendra Modi tweeted, "Had a telephone conversation with Kerala CM Shri Pinarayi Vijayan just now. We discussed the flood situation across the state and reviewed rescue operations. Later this evening, I will be heading to Kerala to take stock of the unfortunate situation due to flooding."

Had a telephone conversation with Kerala CM Shri Pinarayi Vijayan just now. We discussed the flood situation across the state and reviewed rescue operations.

Later this evening, I will be heading to Kerala to take stock of the unfortunate situation due to flooding. @CMOKerala

Though the met office has said the rainfall will continue till Saturday, the intensity has lessened slightly. The rainfall is expected to taper off from Sunday.

Domestic airlines have been asked to keep a check on air fares for flights operating to and from Kerala. Telecom operators have announced free call and data services and other relief measures for a week for users in Kerala. 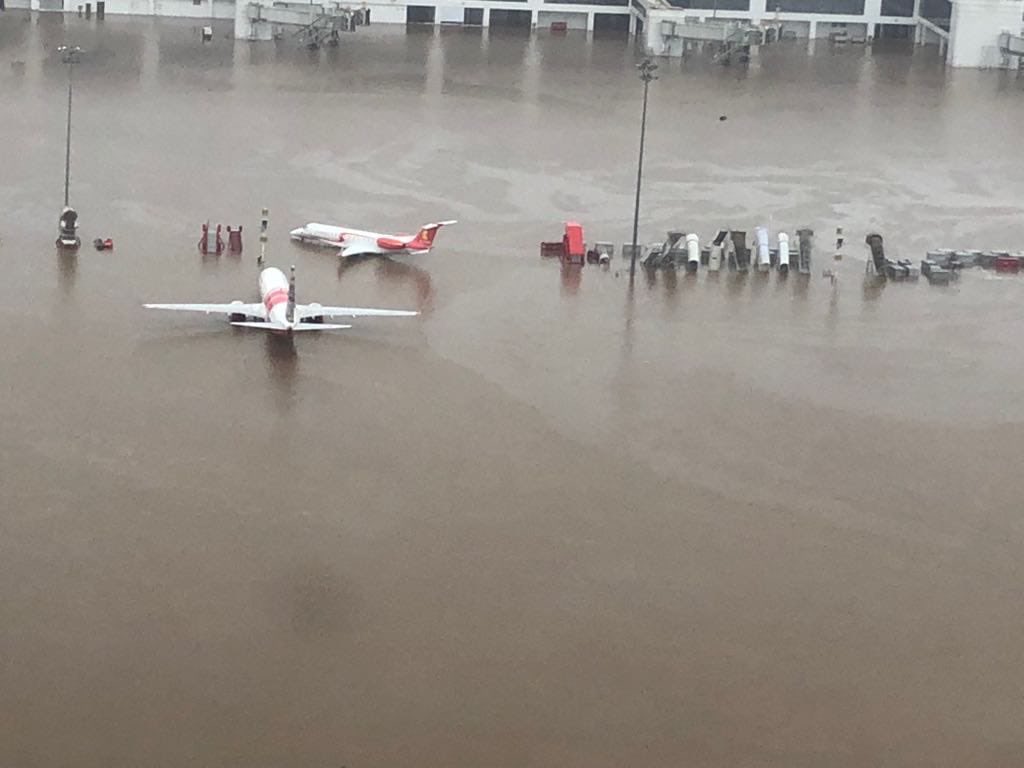 The flood has disrupted air, rail and road traffic in several places., with the Kochi Airport inundated. Photo courtesy: Twitter/@resulp

Kerala is being ravaged by torrential rains since August 8, which has triggered landslides and floods. It has disrupted air, rail and road traffic in several places. Public transport has practically disappeared from most parts of the state. Many parts of Kochi have been flooded. Aluva is one of the worst-affected areas. Fresh landslides were reported from southern Kerala's Idukki and the northern districts of Malappuram and Kannur.

Popular tourist destinations like Munnar and Ponmudi are almost cut-off because of bad roads due to landslides, social media posts said.