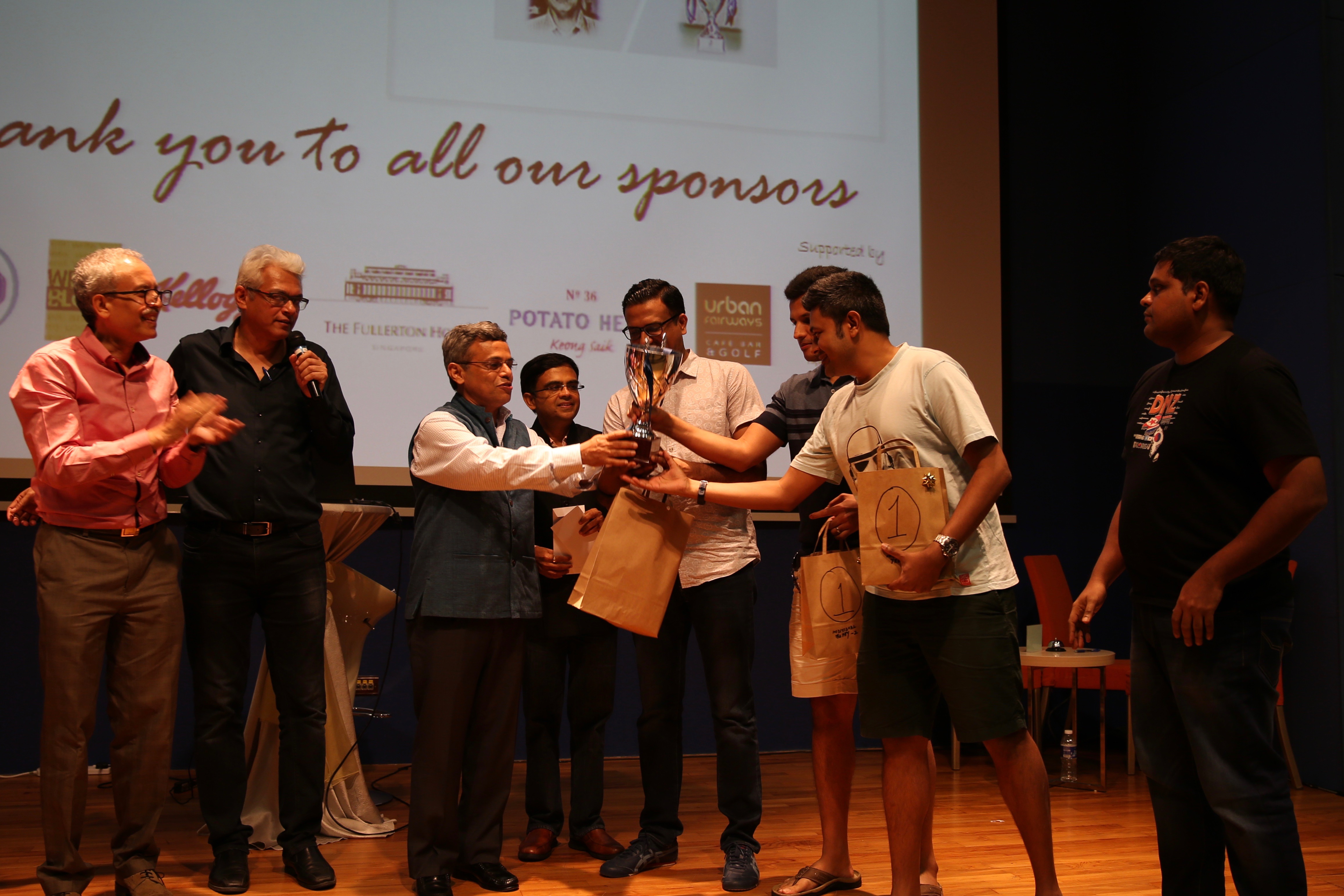 Joy Bhattacharjya, a well-known quiz and sports management personality in India, was back as the quizmaster. He had earlier conducted the quizzes in 2014 and 2015. His Excellency, Jawed Ashraf, the Indian High Commissioner to Singapore, was the guest of honour this year and awarded the winners’ trophy to team ‘Indian Noodles’.

40 teams registered for the quiz and, when the dust settled, team ‘Catch 22’ were in fourth place, ‘Wenger Out’ placed third, ‘Mature Casks’ were the runners up and ‘instant Noodles’ with 105 points emerged victorious and took home the trophy. 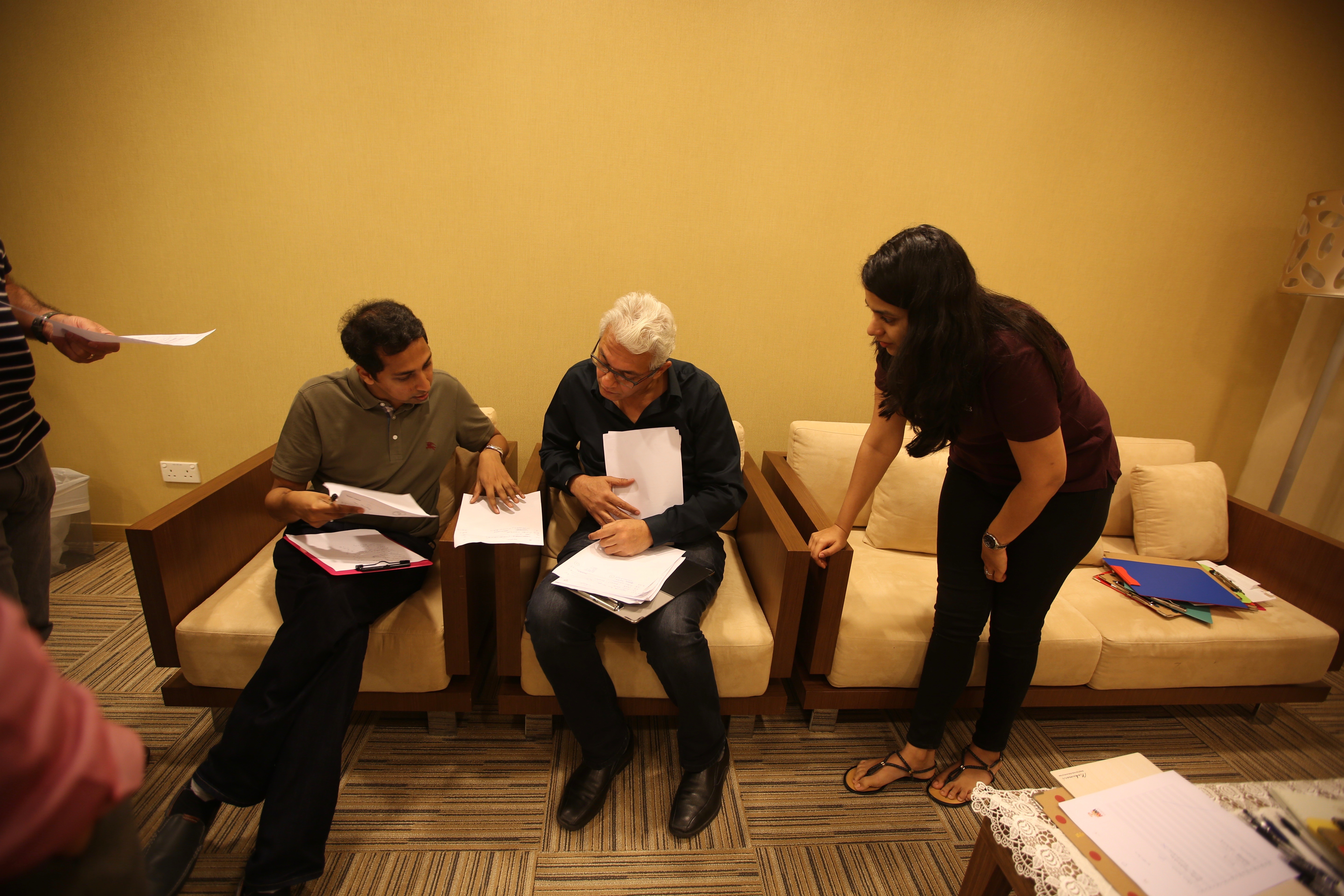 Joy Bhattacharjya wrote about the quiz in a Facebook post. “I knew it would be a closely contested quiz when a ten-year-old with a Rubik's cube in his hand accosted me in the washroom and told me that both he and his bitterest enemies from school were participating. Two semi-finalist teams named 'Mature Casks' and 'Three Men and An Old Monk' battled it out with the likes of 'Tequila Mockingbird' for a place in the finals. They were all pipped to the post in the finals by 'Instant Noodles' thereby proving that you cannot take the Maggi noodles out of the Indian quizzer.”

Mind aMaze is an initiative launched by the friends and family of passionate quizzer Mayukh Mitter, a Managing Director with GIC, who passed away suddenly in 2011. As a student in Kolkata, India, Mayukh won several quiz competitions including the prestigious Bournvita Quiz Contest twice when he represented La Martiniere for Boys. His love for quizzing continued throughout his IIT and IIM days, and even later during his busy life in the corporate world. The quiz was supported by the Pan IIM Alumni Association and the Global Indian International School (GIIS). 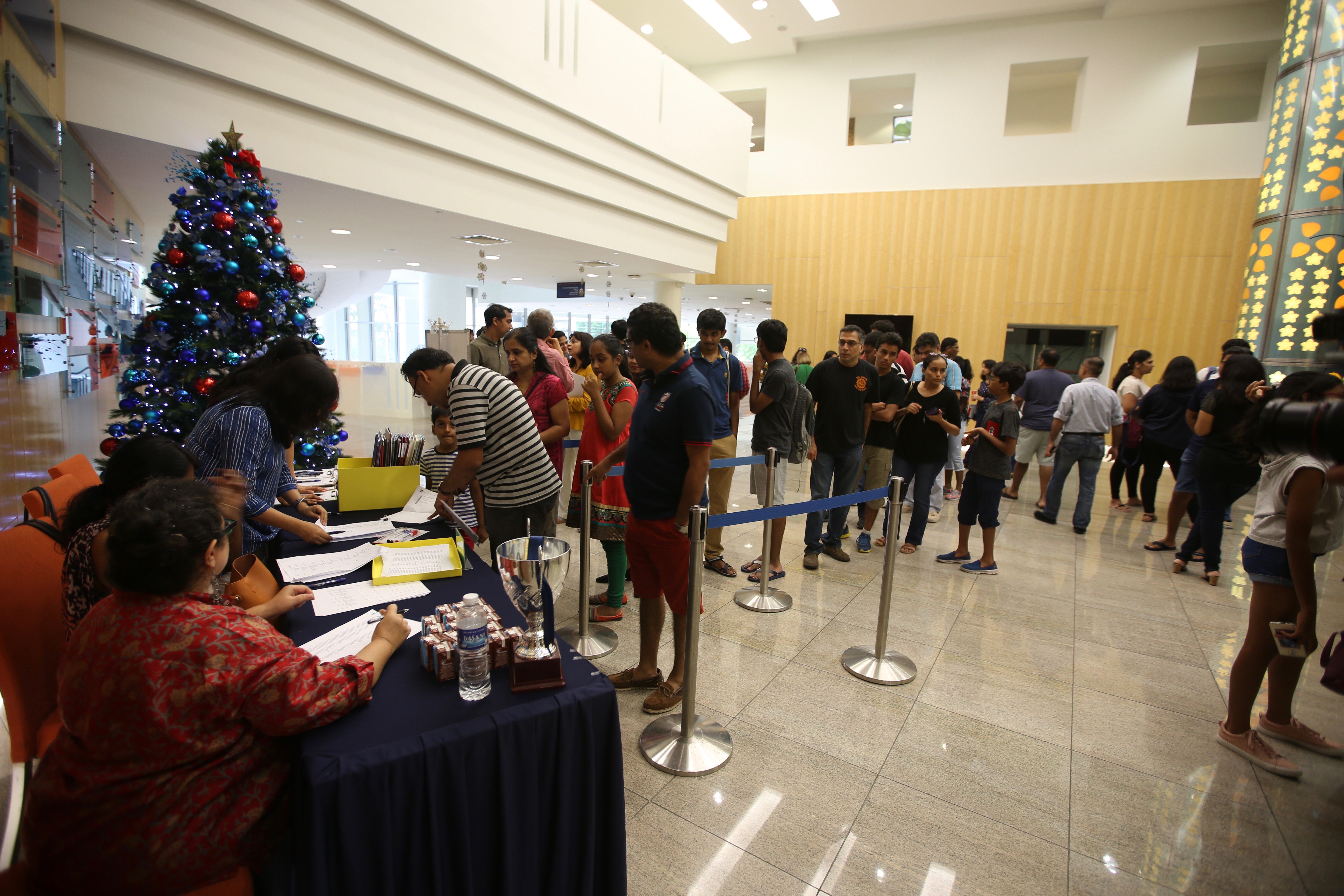 Registration in progress before the quiz. Around 40 teams took part in the sixth edition of Mind aMaze 2017. Photo courtesy: Mind aMaze

Swapna Mitter, wife of Mayukh Mitter, journalist, and partner at Writers Block, said, "We want to keep alive Mayukh’s memory in this way, while encouraging the spirit and thrill of quizzing in Singapore, and ensure the event's spot on Singapore's annual quizzing calendar.”