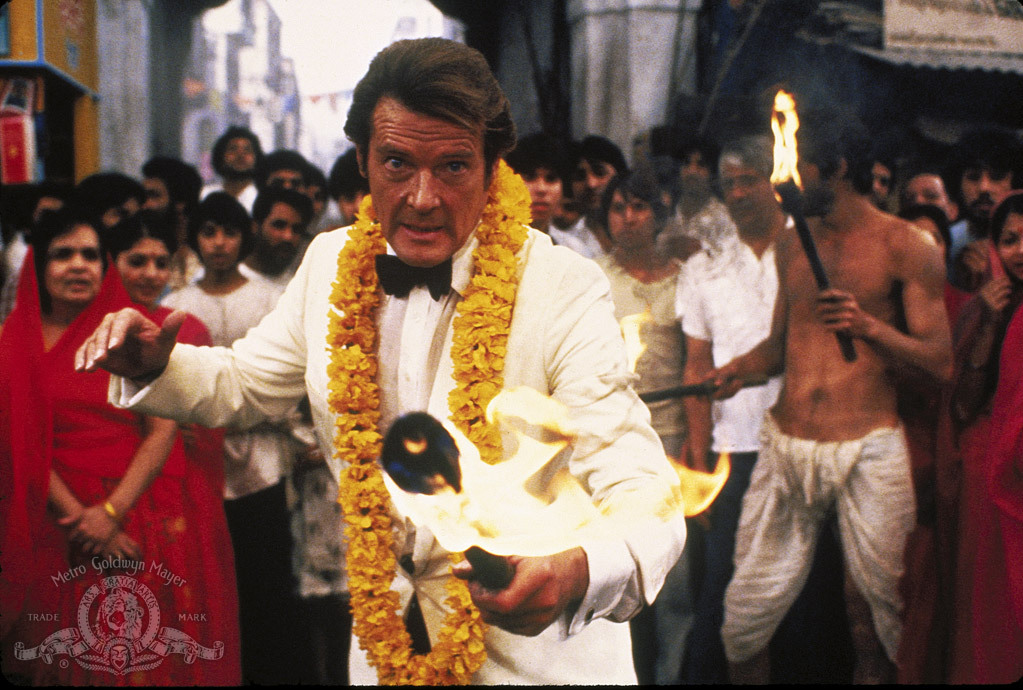 Moore's family confirmed the news by posting a statement on the actor's official Twitter page.

With the heaviest of hearts, we must share the awful news that our father, Sir Roger Moore, passed away today. We are all devastated. pic.twitter.com/6dhiA6dnVg

"With the heaviest of hearts, we must share the awful news that our father, Sir Roger Moore, passed away today. We are all devastated.

"The love with which he was surrounded in his final days was so great it cannot be quantified in words alone," read the statement signed by Moore's children, Deborah, Geoffrey and Christian.

The family said they will hold a private funeral in Monaco, where the actor lived.

With seven Bond films, Moore played the role more often than any of the other Bonds. He acted in films such as Live and Let Die, Octopussy and The Spy Who Loved Me.

Moore came to India, first in 1982 for the shooting of Octopussy. His second visit came 23 years later in 2005 as a UNICEF Goodwill Ambassador promoting the use of iodised salt.

Some scenes of Octopussy, released in 1983, were shot in Udaipur in Rajasthan. The film also starred Kabir Bedi and Vijay Amritraj, and was shot at locations including Lake Pichola and Monsoon Palace.

I am devastated today at loosing one of my oldest and closest friends ROGER MOORE, my world will never be the same again.

In 2005, Moore was accompanied by his wife to India, where they visited a primary school in Bhamoria district in Rajasthan which has had a comprehensive awareness-raising programme on iodised salt. They also visited a mid-day meal project.

In their statement, the family said Moore considered his work for UNICEF as his "greatest achievement".

"The affection our father felt whenever he walked onto a stage or in front of a camera buoyed him hugely and kept him busy working into his 90th year... in accordance with our father's wishes there will be a private funeral in Monaco," it read.

Born in Stockwell, south London, Moore studied at the Royal Academy of Dramatic Arts (RADA). He became a contender for the role of 007 after Scottish actor Connery announced in 1966 that he would no longer be appearing as Bond.

Besides his outings as Bond, Moore had an extensive and productive career as an actor in cinema and television.

His other prominent performance were in films such as Bullseye!, Bed & Breakfast, Curse of the Pink Panther and The Quest.

Moore penned two books about his time as Bond as well as two autobiographies, including My Word is My Bond: The Autobiography, which was peppered with anecdotes about his encounters with other stars and his memories of his time in Hollywood. An active philanthropist, he became a UNICEF goodwill ambassador in 1991, and was knighted by Queen Elizabeth II in 2003 for "services to charity".

Celebrities across the globe expressed their grief over Moore's demise.