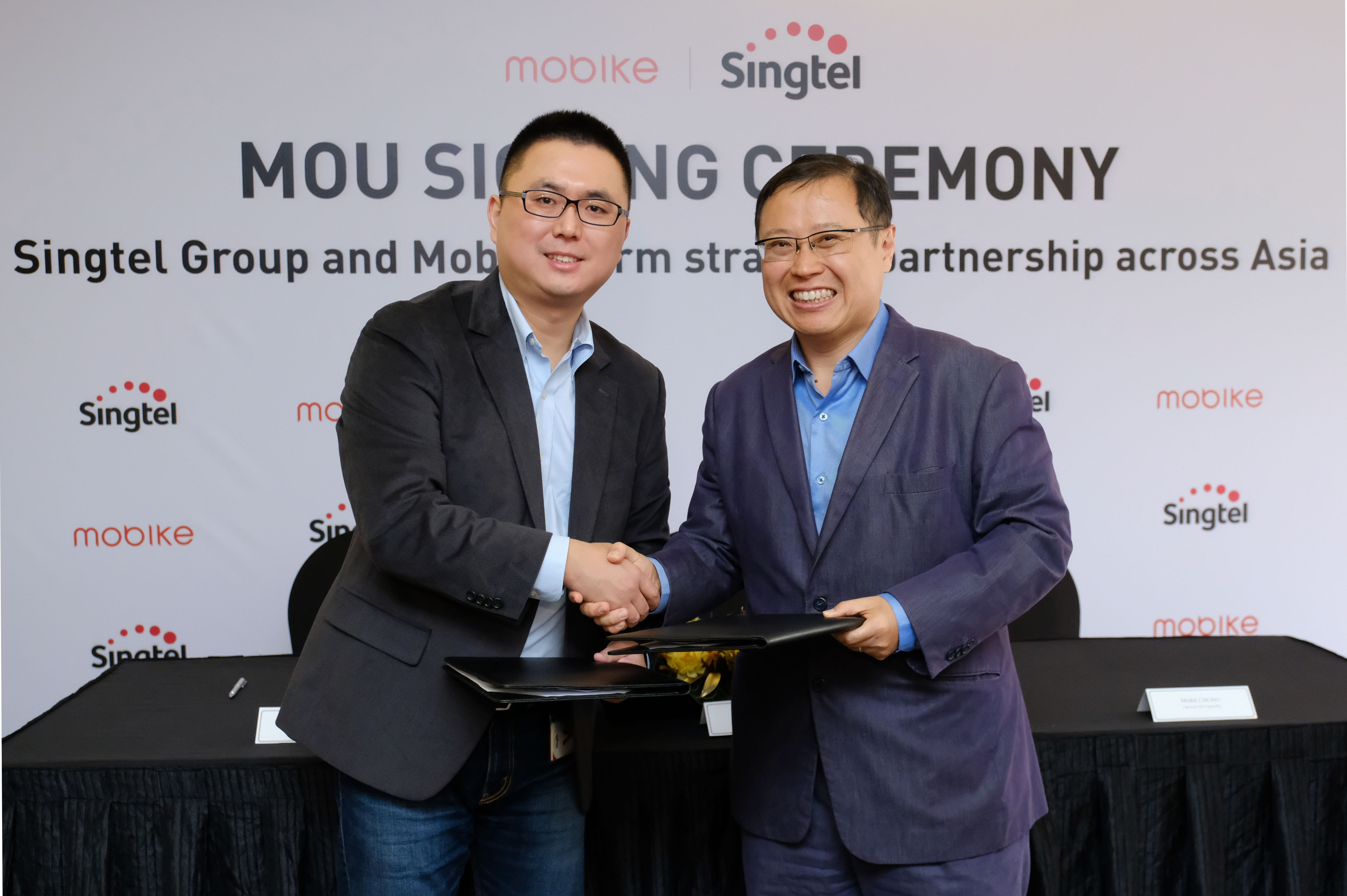 Using specially designed bikes equipped with GPS and proprietary smart-lock technology, Mobike, which launched in Shanghai in April 2016 and has expanded to 200 cities across the world, enables users of its smartphone app to find a bike near them, reserve and unlock it, all using their smartphones. With the new partnership, Singtel users can pay for renting bikes using their Dash mobile wallet app.

This partnership is set to launch in the first quarter of 2018 across Singtel, Optus and regional associates Airtel, AIS, Globe, and Telkomsel, with a combined reach of over 585 million mobile customers in Asia. 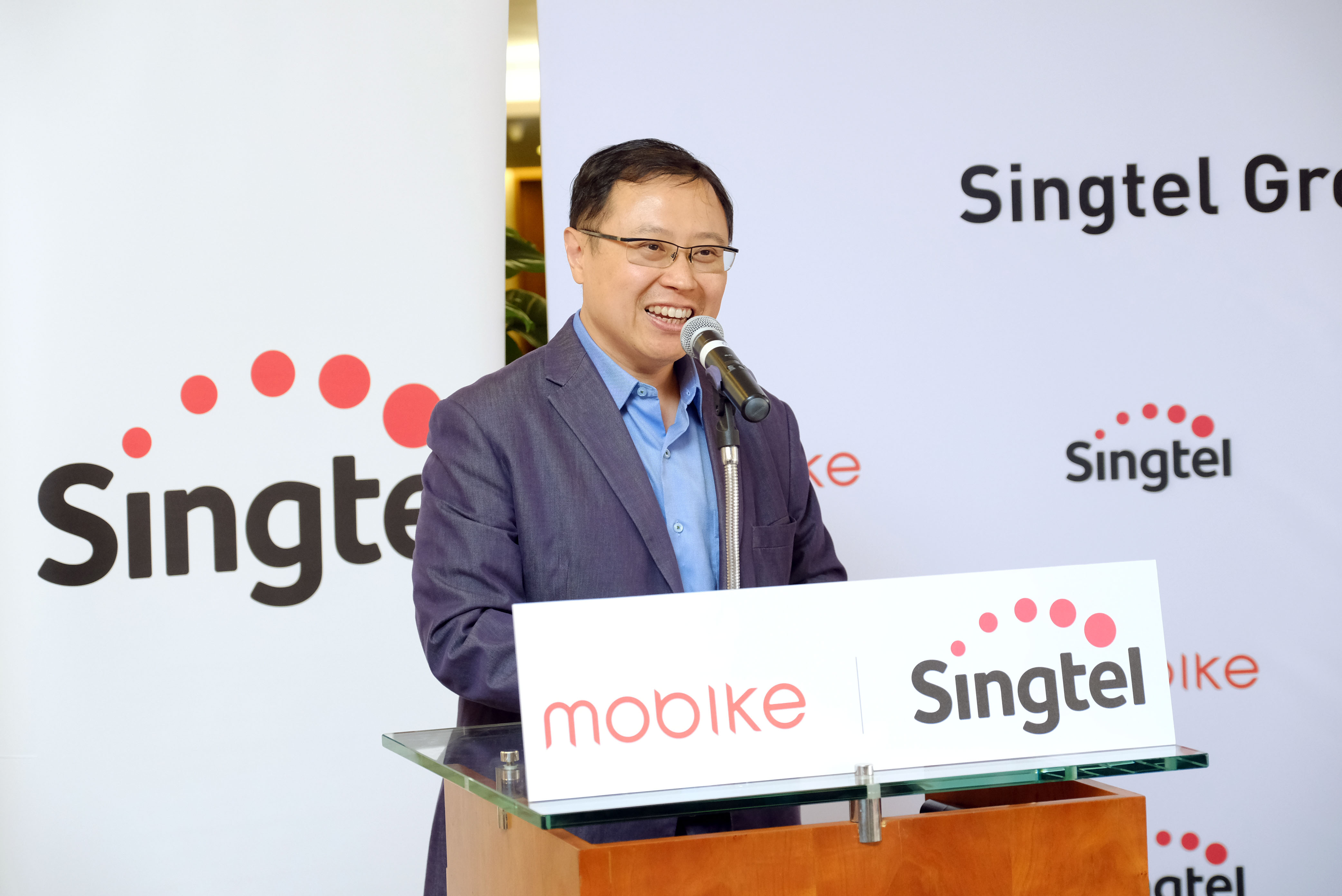 “Our goal is also to extend our network leadership to support the growth of IoT and expand the range of digital offerings to all customers across the Group. This collaboration combines the strengths of our companies to deliver greater choice and convenience like Mobike’s services to our customers,” Lang said.

Through the Singtel Open Platform, the Group’s mobile customers across Asia will be able to pay for trips using direct carrier billing or the Group’s mobile wallets, especially in the developing markets where many still do not have credit or debit cards.

They also intend to explore new IoT technology which will enable the smart bikes to be located more precisely, even in areas that are technically challenging for mobile signals such as underground parking spaces. 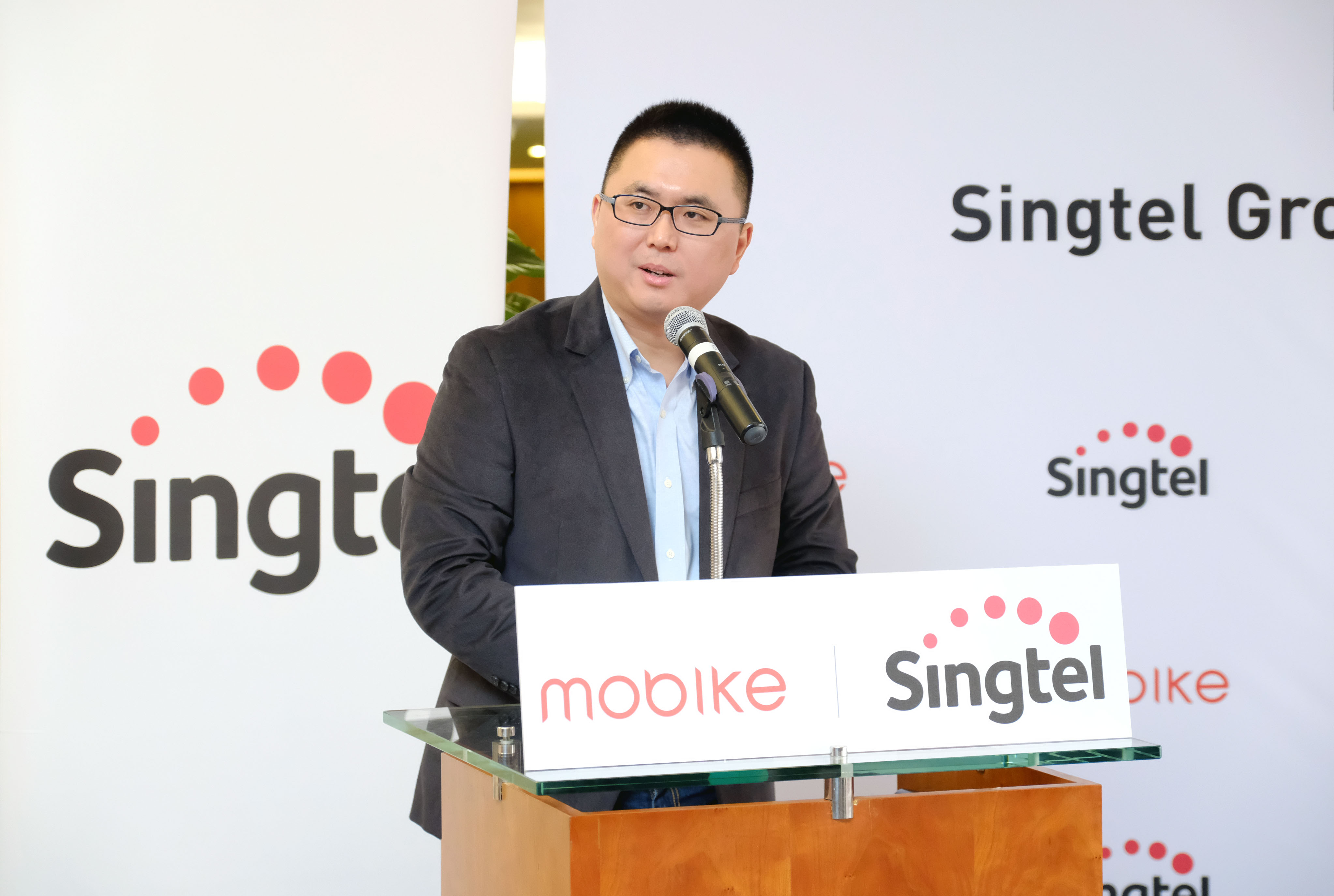 Joe Xia, Co-Founder and CTO of Mobike, said Singtel Group and Mobike plan to explore the use of data analytics to improve the distribution of Mobike’s fleet. Photo courtesy: Singtel Group

The Singtel Group and Mobike plan to explore the use of data analytics to improve the distribution of Mobike’s fleet for better user experience, higher operational efficiency, and to contribute to smarter, more sustainable cities. Additionally, the Group will explore strategic marketing initiatives with Mobike to promote each other’s services, for example the new Mobike Pass which allows users to have unlimited rides with zero deposit.

Singtel Group provides a portfolio of services from next-generation communication, technology services to infotainment to both consumers and businesses in Asia, Australia and Africa and reaches 670 million mobile customers in 22 countries. Its infrastructure and technology services for businesses span 21 countries, with more than 428 direct points of presence in 362 cities.

Since its launch in Singapore in March this year, its first market outside of China, Mobike has continued to grow in the Asia-Pacific region, launching in Japan, Thailand, Malaysia, Korea and Australia in recent months.