Singtel announced on the weekend that it will contribute SGD10 million towards Esplanade – Theatres on the Bay’s development of a new medium-sized theatre to address expanding audiences and growing artistic needs. Singtel’s contribution is the largest single donation that the national performing arts centre has received since its inception in 2002. 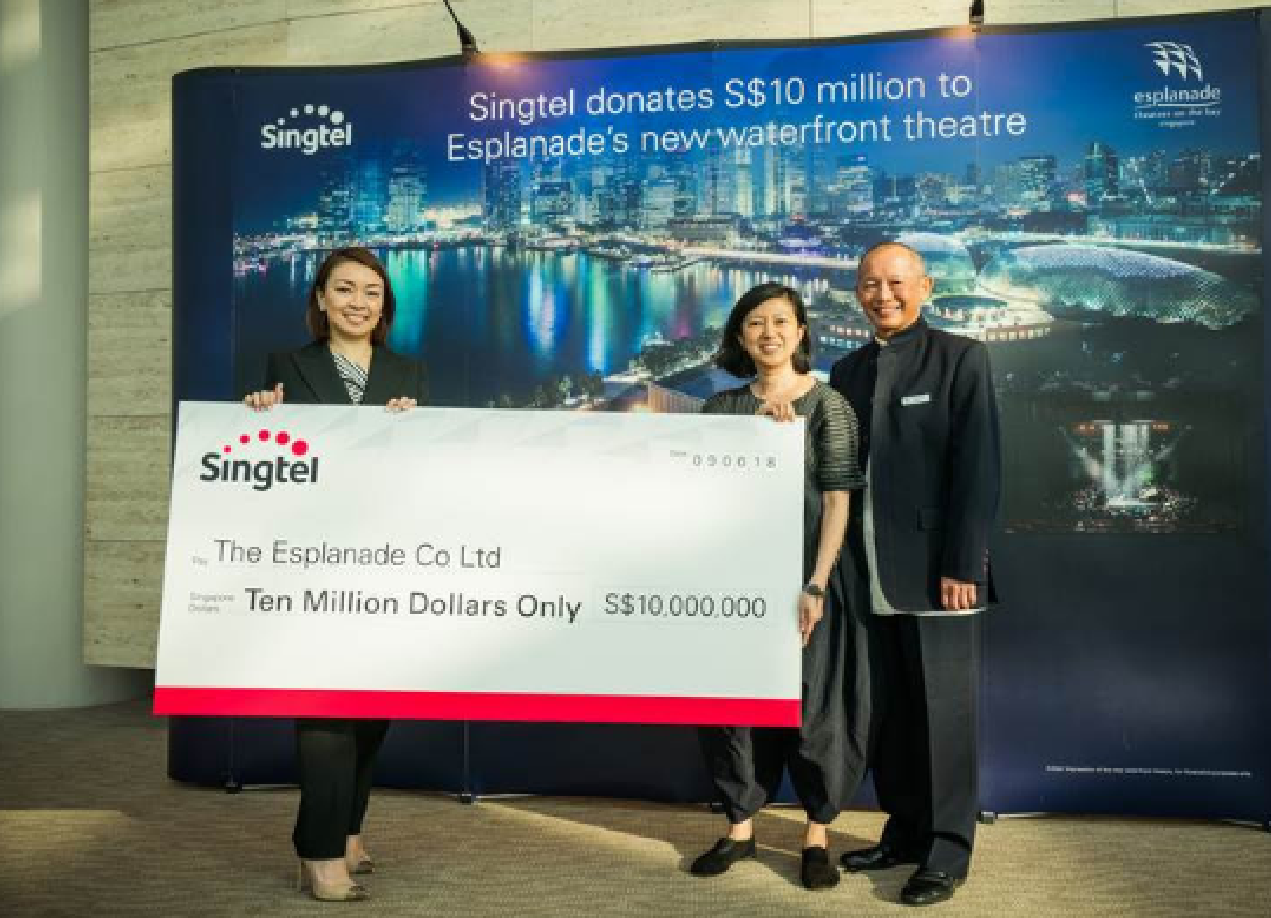 In appreciation of the generous gift, this new theatre along the Esplanade Waterfront will be named after Singtel for a period of 15 years from the time it opens in 2021. With a seating capacity of 550, Esplanade's first medium-sized theatre will enable it to meet the needs of the Singapore arts community as the majority of works produced today are best suited for mid-sized venues. Its existing theatre spaces currently seat either large audiences of close to 2,000 each, or are built small for an audience of no more than 245.

The new venue will thus give Esplanade more flexibility in programming and presenting a greater diversity of leading artists and productions for local and regional audiences. It will also provide additional space to develop and present a wider range of quality arts programmes for schools well as communities that Esplanade serves.

“Singtel is pleased to support Esplanade’s next phase of growth. We have a long tradition of championing the local arts scene as a Singapore-grown communications company, and like Esplanade, we believe art is for everyone. Through our contribution towards the new waterfront theatre, we hope the works of more Singapore artists and companies can reach as wide an audience as possible,” said Chua Sock Koong, Singtel Group CEO.

Yvonne Tham, CEO-Designate, The Esplanade Co Ltd, said, “We would like to express our heartfelt gratitude to Singtel for its unwavering support of Esplanade. Singtel’s generous gift towards our new waterfront theatre will not only enable a new generation of artists to create works that will shape Singapore’s culture and identity, it will also help us to bring more meaningful arts programmes to engage, educate and inspire the youths, families, elderly and other communities that Esplanade serves.”

Construction of the SGD30 million theatre is expected to start in early 2019. With Singtel’s donation of SGD10 million and another SGD10 million from the government, the remaining funds will be raised by Esplanade through corporate sponsorship and public fundraising. This includes funds raised from the inaugural Esplanade Gala held this evening at the Esplanade Theatre.