As the festive time of Christmas is ushered in and the New Year is a week away, there is hectic activity at the SingPost’s Mail Processing Centre (MPC) situated at Paya Lebar in Singapore. Hundreds of letters, greeting cards and parcels are being carted around, tipped onto conveyor belts and fed into machines.

The robust machines sort the endless trail of mail precisely by district, and then by each postman’s route.

MPC handles an average of 3 million items daily. Moreover, the numbers of letters and parcels go up 10 to 15 per cent during peak season. 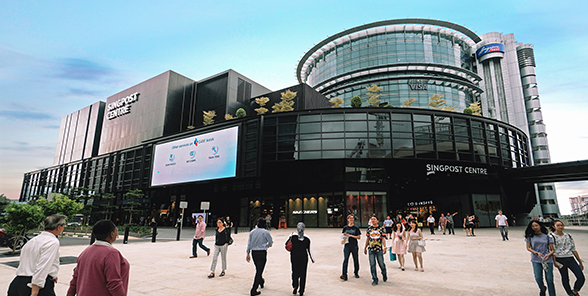 For the smooth functioning at the centre, an extra 20 staff members have been brought to offer help as the year closes. This is on top of the usual 400 employees at MPC.

Though the centre usually operates from 2pm to 6am on weekdays, this year’s onslaught required the centre to operate on Sundays between December 4 and 17.

The only mail-sorting centre in Singapore, MPC has been busier from early November. And now with Christmas and New Year’s mail, it has been crunch time for weeks for the postal service.

However, there is no respite from the busy schedule of the MPC as Chinese New Year is also in the offing scheduled in the middle of February next year.

In the past two years, the combined volume of Christmas and Lunar New Year greeting cards that passed through the facility numbered in the millions – 2015 saw 6.4 million cards, and 2016, 5.8 million cards.

James Wong, SingPost Centre's operations manager, said, “Letters are a form of personal touch. If you send a written message to someone, it has deep meaning to post the letter personally and have it reach the intended recipient.”