To boost mail delivery efficiency and taking an environmental friendly step, Singapore Post (Singpost) and TUMCREATE will start the road trial of a prototype electric three-wheeler from March 28 onwards.

The trial will be conducted along two delivery routes between Singpost’s Ayer Rajah Regional Delivery Base and the National University of Singapore (NUS) and end on April 7. The customised vehicle will be used for postal operations and e-commerce logistics. 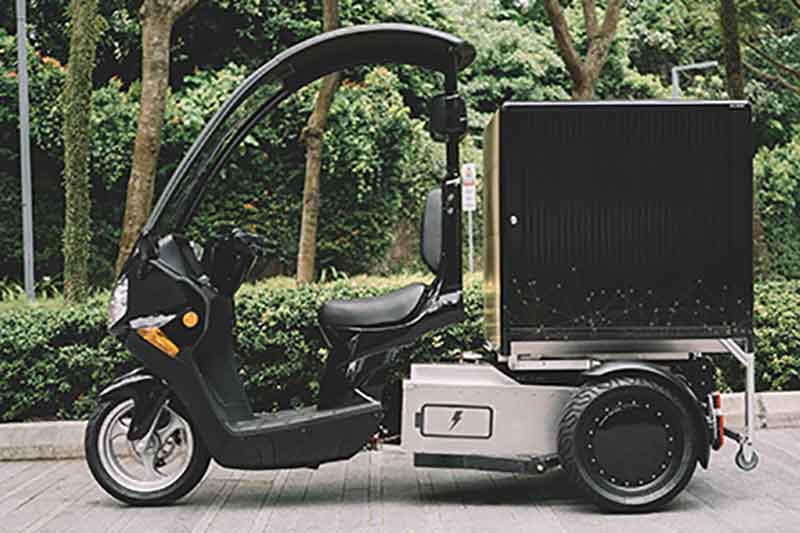 Three postmen have been given the duty to provide real-world feedback for further development, while a manufacturing partner is being sought to convert the prototype into a market-ready product.

TUMCREATE is a research platform established to help improve Singapore’s public transportation. Researchers from the Technical University of Munich (TUM) and Nanyang Technological University (NTU) join forces and are supported by the National Research Foundation (NRF) as part of the Campus for Research Excellence and Technological Enterprise (CREATE). TUMCREATE is made up of over 100 scientists, researchers and engineers led by professors from TUM and NTU.

TUMCREATE has also developed modular batteries so that fleet cost may be optimised by matching battery capacity to the route on which the vehicle is deployed.

The vehicle also features a storage system that can cut a postman’s daily delivery time by up to 40 minutes through a detachable, rollable storage box.