Singapore's home-grown English, Tamil and Malay-speaking singer-actor Ebi Shankara has been revealed as one of the three ambassadors of 9th Pink Dot event, to be held at Hong Lim Park on 1 July, 2017.

Pink Dot is an annual rally for the lesbian, gay, bisexual and transgender (LGBT) community. The other two ambassadors are Singaporean swimmer and a Paralympic medalist Theresa Goh, and Sing! China finalist Nathan Hartono. 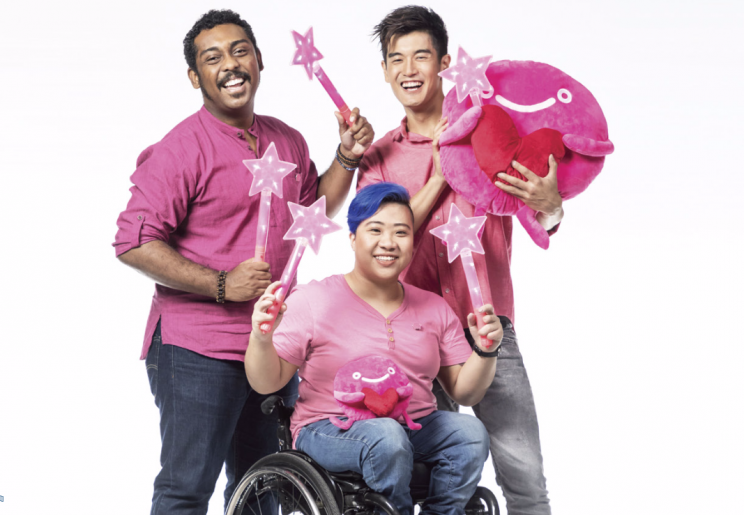 “Naturally I’ve always wanted to champion this cause. Everyone should have a right to be who they are and be happy,” said Vasantham star Shankara. The ambassadors were announced to the press during a media event on Tuesday, 30 May. The event this year has garnered support from a total of 116 local businesses as part of their “Red Dot for Pink Dot” campaign, which closes on June. The number has already surpassed their target of 100.

There had previously been worries about a loss of funding from foreign companies after the government announced that foreign companies cannot support the event. “We were not sure if (local companies) would step up ... (but) we had good response,” said spokesperson Paerin Choa.

In addition, for the first time ever, barricades will be set up around the Speakers’ Corner site of the event. There will be seven access points around the cordoned field, and there are plans to hire 50 security personnel to stand charge. Attendees will have their identity cards or passports checked before they can enter the area - as only Singaporeans and PRs will be allowed to attend the Pink Dot event from this year onwards.