The National Day Parade (NDP) of Singapore this year will be different as the traditional funpacks will for the first time feature designs by students of special education schools. The funpacks were unveiled today in the presence of President of Singapore Halimah Yacob. 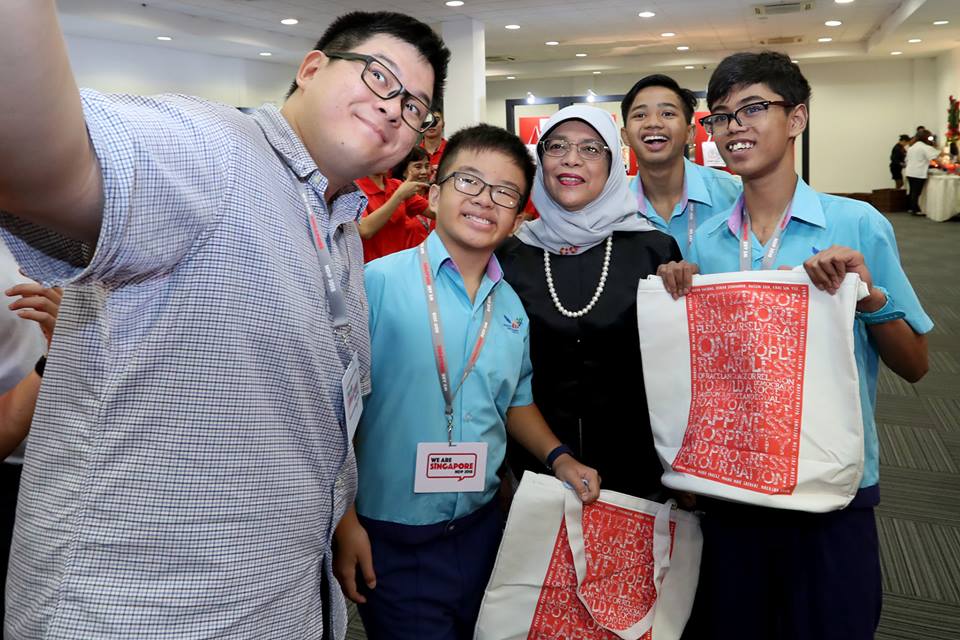 The special students have utilised their artistic skills in designing the funpacks. The artworks featuring imagery such as Singapore skyline and what Singapore means to the students have been depicted on the funpacks, which come in the form of tote packs this year.

About 38 eight students belonging to 18 different special schools have participated in designing of the funpacks. 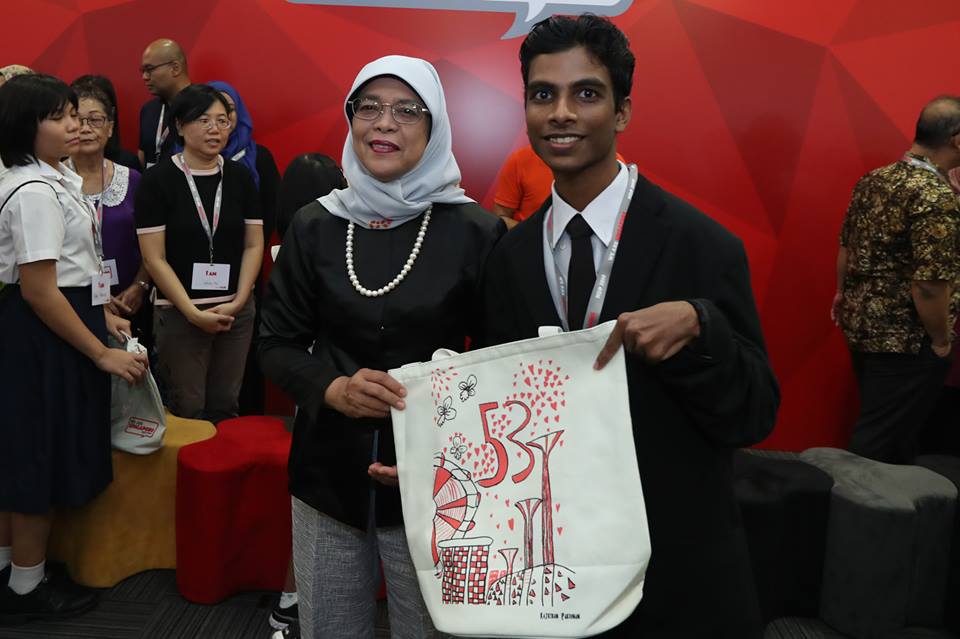 Indian-origin special student Rajkiran Parienan has made a special design titled ‘Awesome 53 Years Singapore!’ which showcases some of the things he loves about Singapore. Photo courtesy: Facebook page of President Halimah Yacob

An Indian-origin special student Rajkiran Parienan has made a special design titled ‘Awesome 53 Years Singapore!’ which showcases some of the things he loves about Singapore. He studies in Cerebral Palsy Alliance of Singapore School.

Similarly, another boy, Danial Isaac has titled his design as ‘Rainbow Centre’, which was inspired by Gardens by the Bay.

Appreciating the talent of the special students, President Halimah Yacob, said, “It is really wonderful to me that this year’s National Day, we also incorporate students from the special needs school,” President Halimah Yacob said on Tuesday (Jun 26) at the unveiling of the funpacks. That’s really significant because ... these funpacks are going to thousands of Singaporeans. That spreads the message and that’s really heartwarming.” 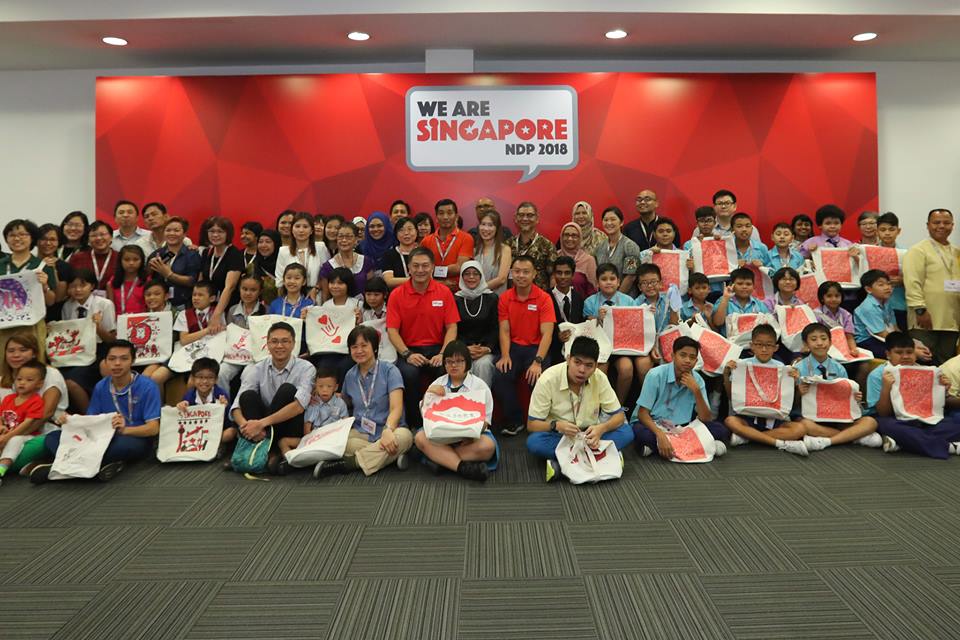 “I hope that this is a strong message sent throughout society for everyone to play their part to support our special needs community, because they do have talents,” she added.

The funpack of NDP is special this year as it comprises of 22 items, including a light bubble and a placard that spectators can use to express themselves by writing messages on it.

In addition to this, the funpack will also have souvenir magazine filled with fun facts about NDP 2018, and an art booklet showcasing all 18 funpack artworks, the artists’ stories and the inspirations behind their designs.

The funpack will come with a zip, shoulder sling and an additional long sling. A total of 252,000 funpacks will be distributed at collection points at The Float @ Marina Bay.