Singapore's Indian band scene from the 1940s to now: A journey with Mohamed Raffee

Having been an active feature in Singapore, Malaysia and India’s music industries for over 35 years, veteran musician Mohamed Raffee has at his fingertips a repertoire ranging from Indian ghazals to Western classical, jazz, pop, rock and blues music.

In 1998, he rearranged and produced the Tamil song Munneru Vaaliba for the National Day celebrations that year. 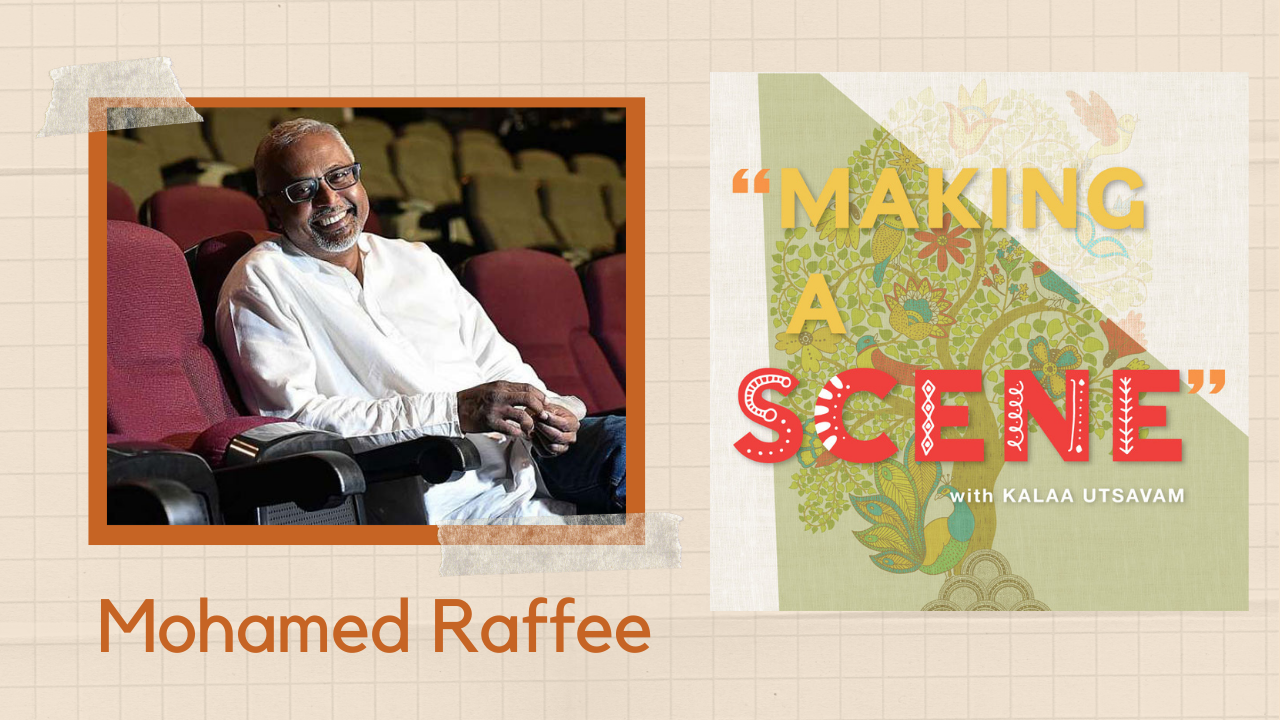 The multi-instrumentalist is also proficient in both Western and traditional Indian instruments, and has worked closely with acclaimed Indian film music director AR Rahman from 1995 to 2007.

In a special Kalaa Utsavam 2020 podcast "Making A Scene: Tracing the History of Indian Bands in Singapore" -- hosted by Sheela Narayanan -- Raffee shares his music influences, his fierce passion in breaking new grounds in the music scenes in both India and Singapore, as well as what inspired him to become a full-time musician.

Esplanade Offstage · Making A Scene: Tracing the History of Indian Bands in Singapore

The talented musician has also scored theatre productions such as The Coffin is Too Big for the Hole for Singapore theatre group Agnikoothu and films such as Gurushetram–24 Hours of Anger (2010) as well as Kollywood hit director Ravikumar’s Jaggubhai (2010). He released four albums of original music with his band The Vasantham Boyz and continues to perform regularly with them.