Finance Minister of Singapore Heng Swee Keat unveiled the Budget 2018 today with the announcement of raising of Goods and Services Tax (GST) from 7 to 9 per cent ‘sometime in the period’ from 2021 to 2025 coupled with the good news that there has been a surplus of almost SGD10 billion which will be shared with every Singaporean through payment of SG Bonus of upto SG300. 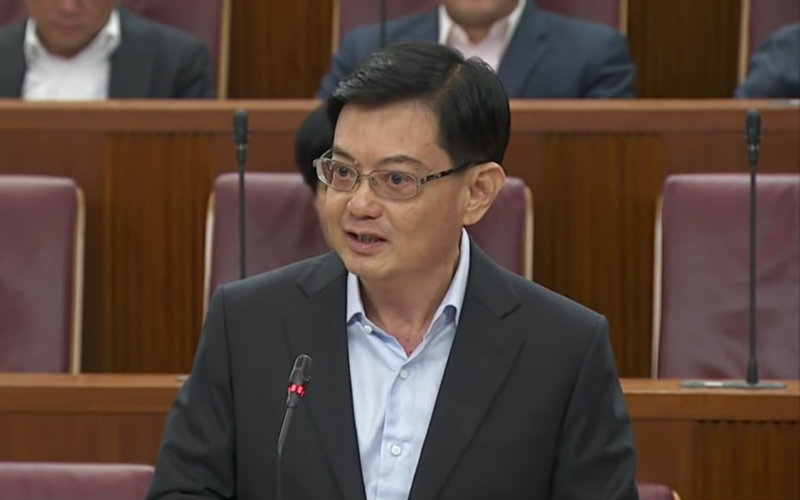 Explaining the rationale of increasing the GST, the Finance Minister said, “This GST increase is necessary because even after exploring various options to manage our future expenditures through prudent spending, saving and borrowing for infrastructure, there is still a gap.”

“Increasing GST by two percentage points will provide us with revenue of almost 0.7 per cent of GDP per year. This boost … will be vital in closing this gap,” he said. 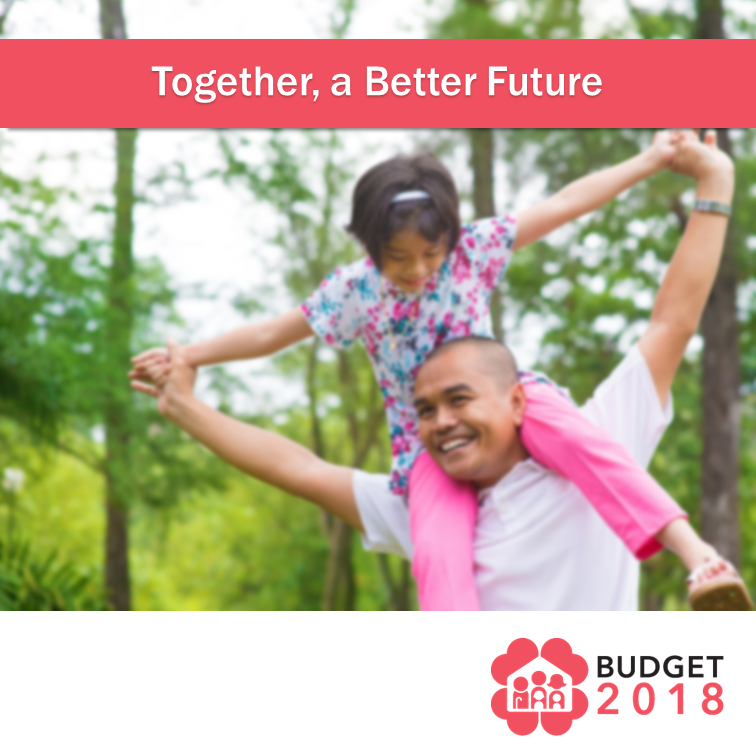 Singapore Budget of 2018 lays the foundation for Singapore’s development into the next decade. Photo courtesy: Facebook page of Ministry of Finance

Heng said the Government will continue to absorb GST on publicly-subsidised education and healthcare, while topping up the permanent GST Voucher Fund to help seniors and the lower-income bracket, and also implementing an offset package to help Singaporeans adjust to the increase. 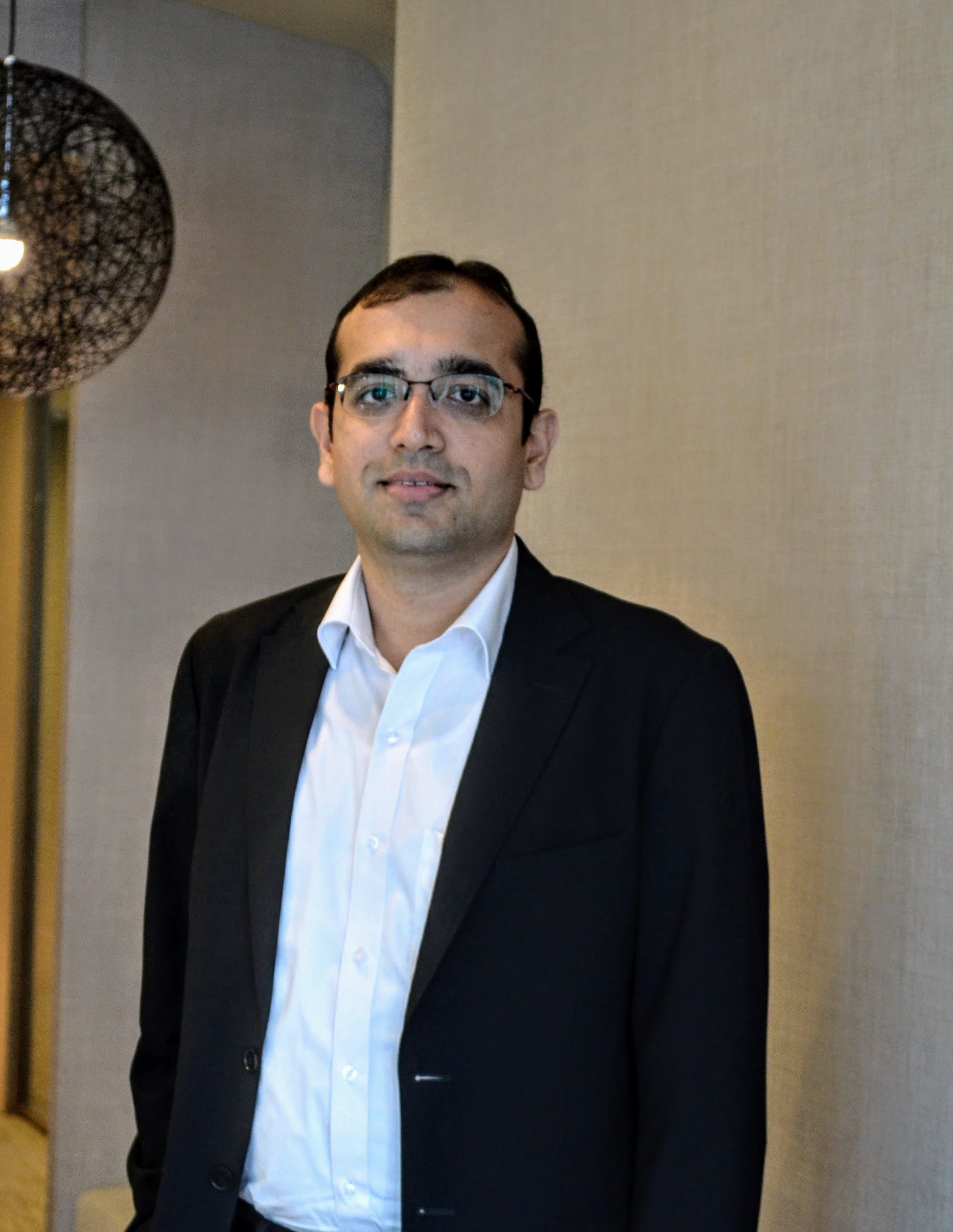 Giving his reaction on increase of GST, Ajay K Sanganeria, Tax Partner at KPMG Advisory LLP, said “GST rate in Singapore has not changed for more than a decade. The average rate of GST in Asia is 10.50 percent and the OECD average rate is 19 percent. Even with the proposed increase of GST rate to 9 percent, Singapore GST rate will still be lower as compared to the region and OECD countries.”

Singaporeans to get SG Bonus

Making the announcement that Budget 2017 has a surplus of SGD9.61 billion, the Finance Minister said that all Singaporeans aged 21 and above this year will get a one-off SG Bonus of up to SGD300.

Describing the bonus as ‘hongbao’, Heng said, “This reflects the Government’s long-standing commitment to share of the fruits of Singapore’s development with Singaporeans.”

The Bonus will be paid according to people’s assessable income. About 2.7 million people will get the payouts, which are due at the end of 2018.

The Finance Minister also announced measures for different sections of society including children, students, seniors and care for those in need and adopt a spirit of giving.

Students will see an increase in annual Edusave contributions by the Government, from SGD200 to SGD230 for each primary school student, and SGD240 to SGD290 for secondary school ones from January 2019 onwards.

There will also be updates to the income eligibility criteria for bursaries, and greater assistance for lower-income families with the annual bursary quantum for pre-university students raised from SGD750 to SGD900. Additionally, the School Meals Programme will cover more meals for secondary school students.

To ensure demand for foreign domestic workers (FDWs) is commensurate with need and avoid over-reliance on maids, the government will be increasing the FDW levy for a small group of employers who do not qualify for concessionary rates, or who employ multiple FDWs.  From April 1, 2019, the FDW levy framework will be adjusted from SGD265 to SGD300 for the first FDW and SGD450 for the second.

The Community Networks for Seniors initiative will be expanded nationwide by 2020. Health and social-related services for seniors will be consolidated under the Health Ministry from April this year.

“The Community Silver Trust and Seniors’ Mobility and Enabling Fund will be topped up by the Government to the tune of SGD300 million and SGD100 million respectively. Another S$150 million will be spent over the next five years for transport to subsidised eldercare and dialysis centres,” said Heng.

This rate will be reviewed by 2023, and the Government intends to increase it to between SD10 and SGD15 per tonne of emissions by 2030.

Giving his views on carbon tax, Ajay K Sanganeria said, “Although carbon tax will impact the relevant businesses, the deferment of payment of tax to 2020 gives some time for companies to take measures to reduce their carbon emission to minimize the impact of Carbon Tax."

He added, "They can also tap the funding to be provided by the government to develop new energy efficient solutions which can not only be used in Singapore but also be exporting to rest of the world.”

“We expect to collect carbon tax revenue of nearly S$1 billion in the first five years. I am prepared to spend more than this in the initial five years, to support worthwhile projects which deliver the necessary abatement in emissions,” said Heng.

To support the employees, the Wage Credit Scheme, which co-funds wage increases for Singaporean employees up to a gross monthly wage of SGD4,000, will be extended for three more years to provide 20 per cent co-funding for 2018, 15 per cent for 2019 and 10 per cent for 2020.

The National Robotics Programme will be expanded to encourage wider use, particularly in construction.

Regarding the Wage Credit Scheme, Ajay K Sanganeria said, “Although the increased cap of SGD 15,000 will not provide significant benefits to large companies, it will definitely help smaller companies which are struggling with rising costs of business.”

“It will also be a good set-off for the additional tax which may be payable due to reduction in the limit for partial tax exemption and start-up tax exemption,” he added.

A new Rail Infrastructure Fund will be set up to save for major rail lines ahead, and will start out with a S$5 billion injection which can be topped up in future. This is on top of a Changi Airport Development Fund which now has S$4 billion in reserves.

The Finance Minister also warned that although Singapore was “on sound fiscal footing … In the next decade, between 2021 to 2030, if we do not take measures early, we will not have enough revenues to meet our growing needs”.

“We must continue to manage our expenditure growth carefully and get the best value for every dollar we spend,” he added.

While concluding, Heng said, “Budget 2018 is about laying the foundation for our nation’s development in the next decade. At its heart, the Budget is a strategic and integrated financial plan to position Singapore for the future. It is a means for us to achieve the aspirations of our people, a roadmap for us to achieve our vision for Singapore.”