Singapore headquartered robotics start-up Botsync named their debut solution after the astronomer Nicholas Copernicus. While his model put the sun at the centre of the universe, Botsync’s is centred around making robotics affordable and easily deployable.

In the news recently for securing an undisclosed amount of seed-funding from lead investors, four Indian graduates from Singapore’s Nanyang Technological University (NTU) founded the startup in 2017. 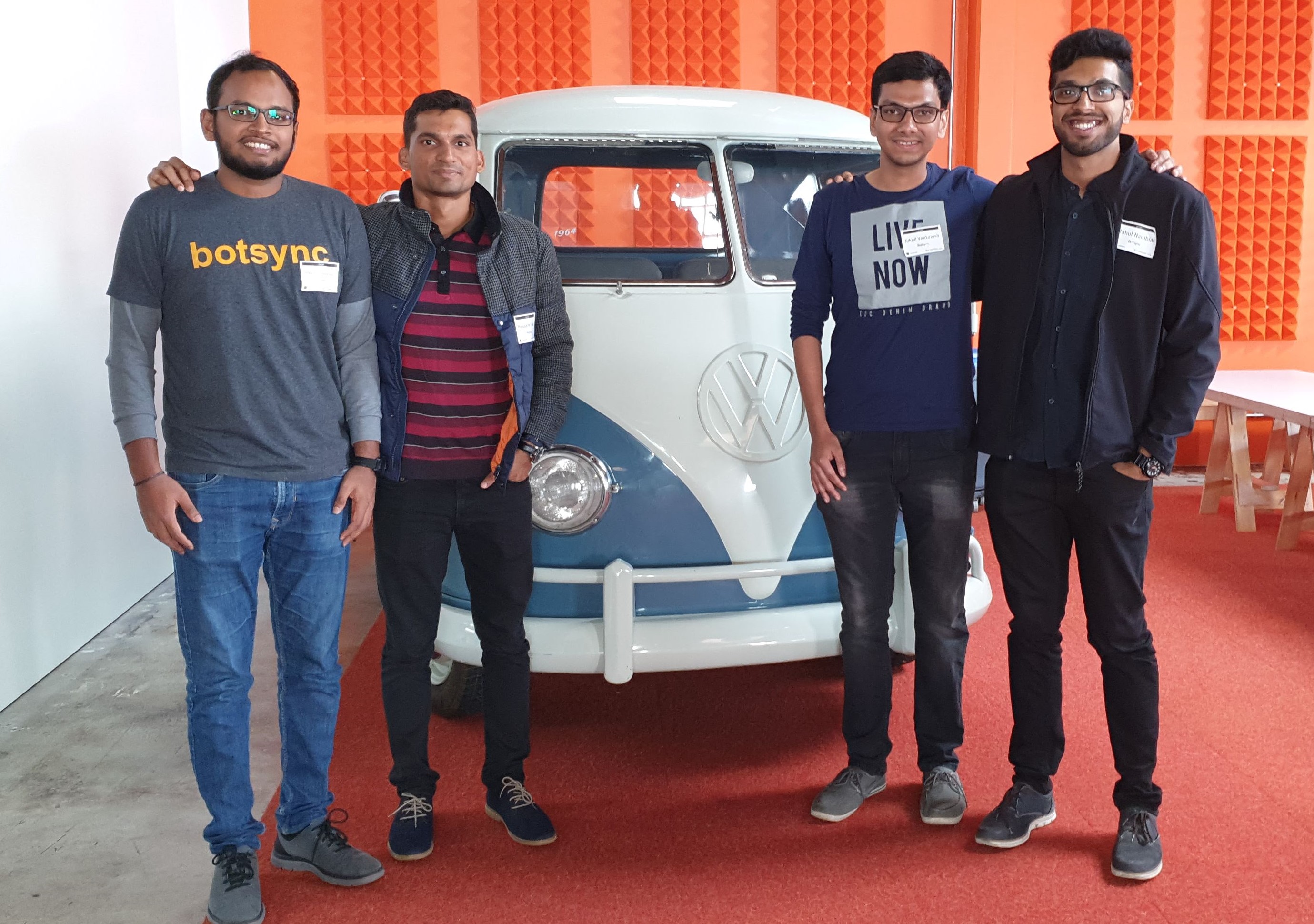 The foursome - Nikhil Venkatesh, Prashant Trivedi, Singaram Venkatachalam and Rahul Nambiar - are gung-ho about the possibilities the investment brings and about taking Botsync to the next level.

The founders got together as a team when they started working together in 2016 to represent Nanyang Technological University, Singapore for the Mohammed bin Zayed International Robotics Competition 2017.

“Our team qualified for the finals that took place in Abu Dhabi in March that year as one among the top 25 of the 300+ teams that entered,” says Rahul.

The response and encouragement they received there sparked their passion for taking on the challenge of building a robotic product, which led to the inception of Botsync. 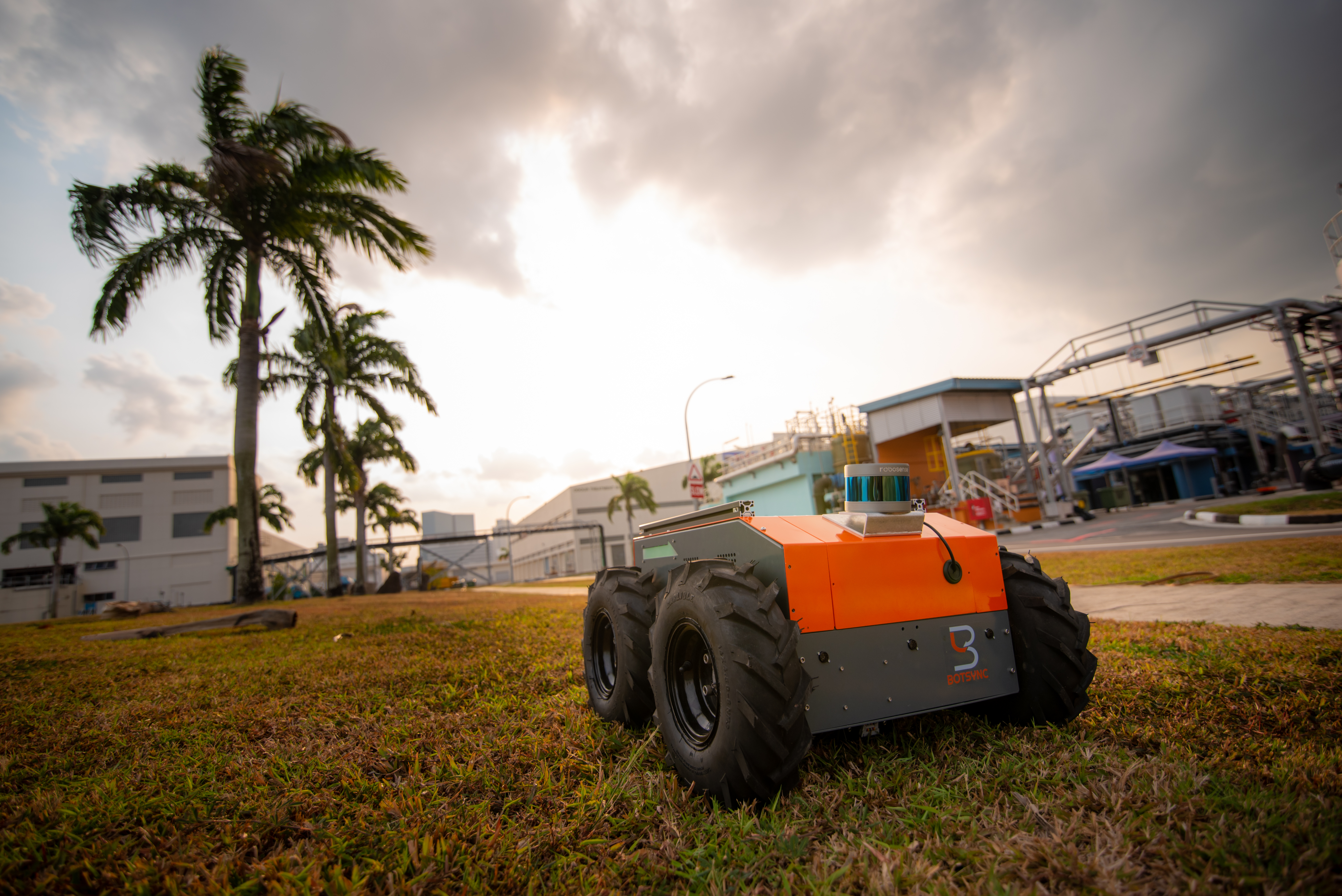 The idea behind Copernicus was very simple - the team wanted to spread the passion for robotics by building a simple ground robot at a price suitable for the Asian market, which other robotics developers in the region could then afford to build further on, to develop state of the art robotic solutions.

Since that initial product, Botsync has added more products, has a range of offerings and has grown vastly, but the zest remains unchanged. 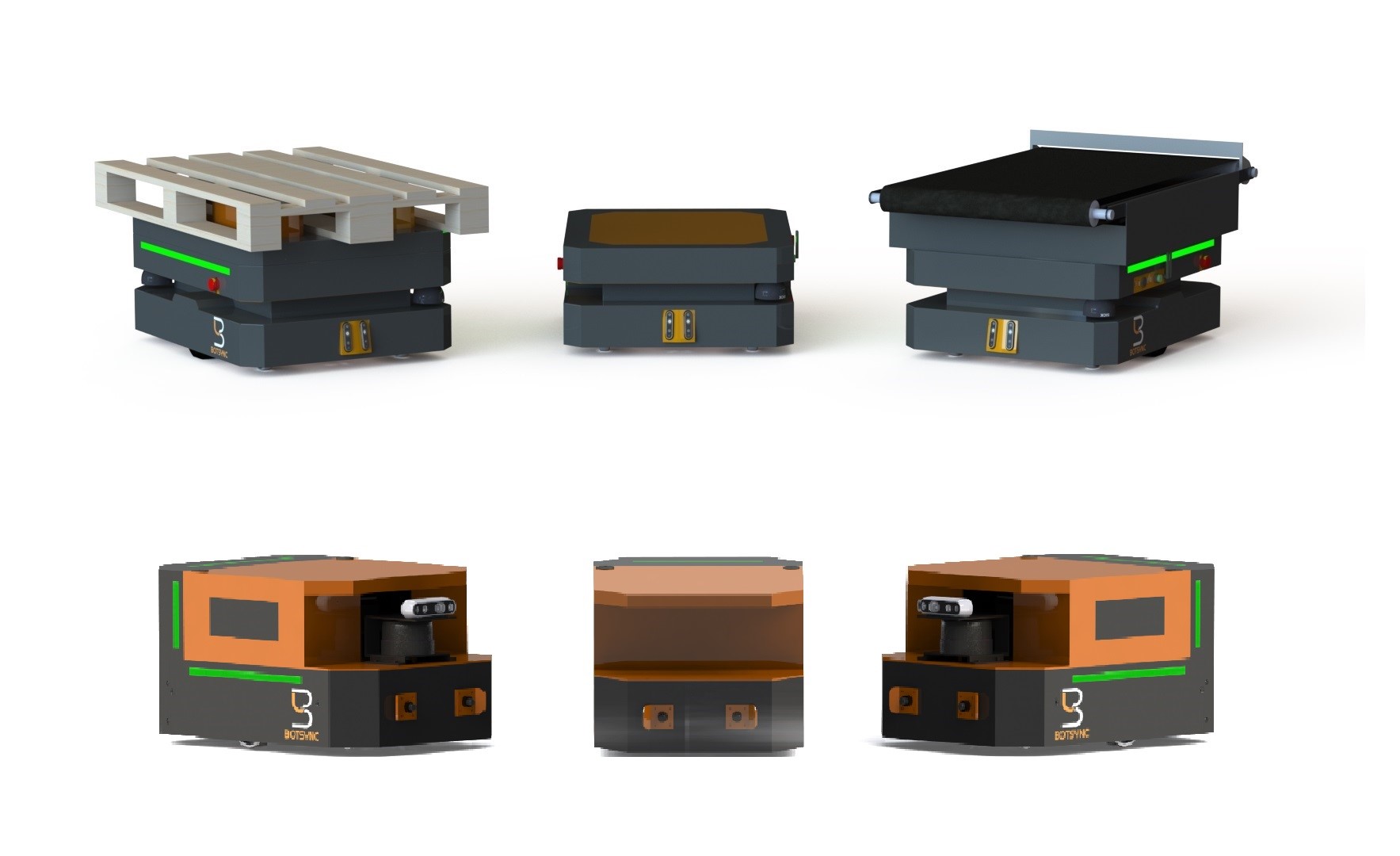 Since that initial product, Botsync has added more products and has a range of offerings such as the MAG-Fleet (top) and the Volta-3 (bottom). Photo Courtesy: Botsync

“From a team of just 4 founders we have grown to a team of 17 passionate roboticists in Singapore and Bangalore,” says Prashant.

“The passion for building robotic products, however, has stayed the same, only our vision has broadened to one where we want to make robotic automation accessible and affordable not just for developers, but also for the wider community within the logistics and manufacturing industry,” he adds.

This broader vision is what now drives the company forward.

Like all early-stage startups, Botsync’s biggest challenge in the initial days was access to capital and to the resources they needed to build the product.

“We bootstrapped the company to support the initial development expenses by pumping in most of our savings at that point. Despite a financial strain, we were quite driven and confident of making our product functional,” says Rahul. 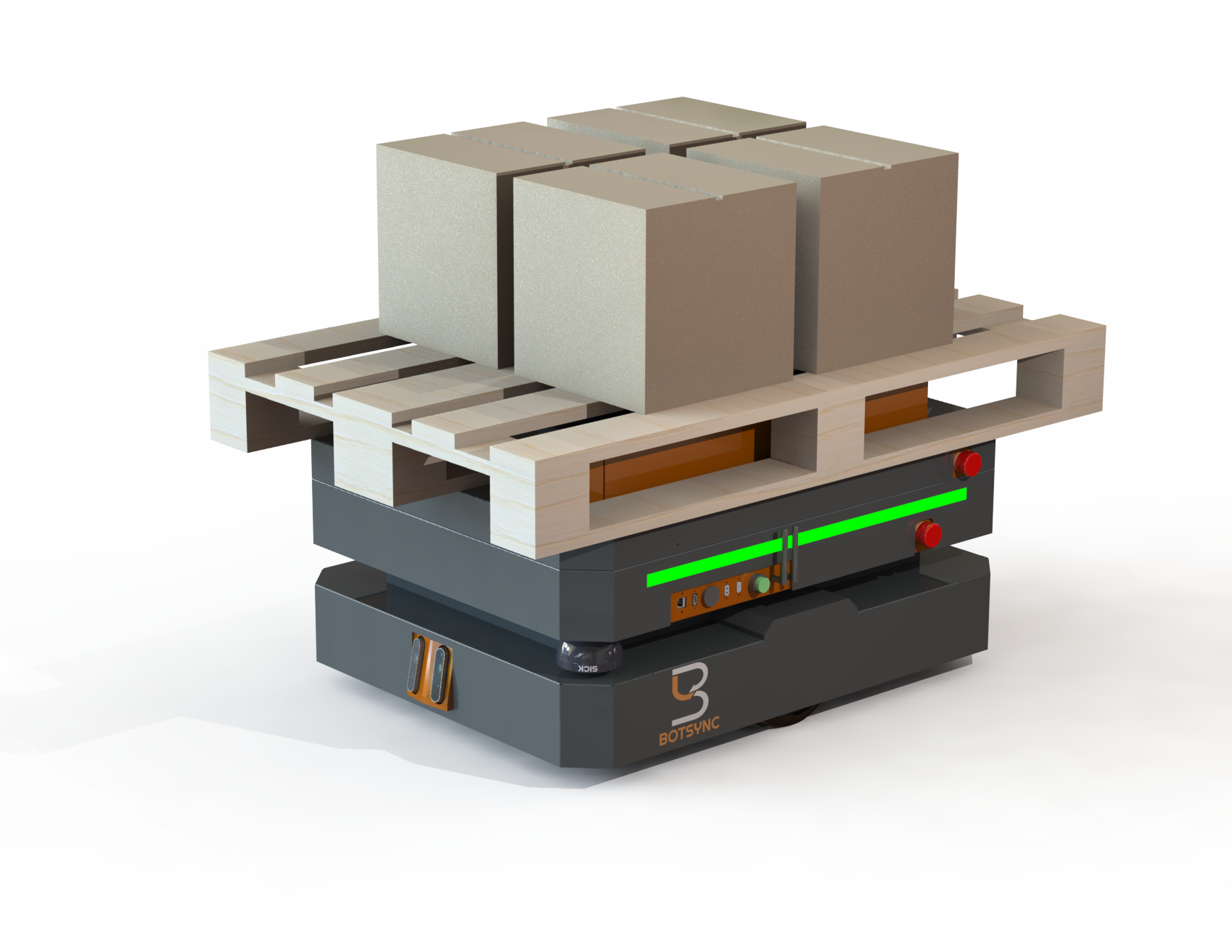 Despite the challenges, there were rewarding moments too. “Getting our first customer and having an external user make use of what we had built, was definitely one of the most rewarding moments. We saw it not just as a validation of the product but also gave us that confidence and encouragement to build further and innovate better,” he recalls.

Post the development of the team’s first product prototype, NTU’s Ecolabs Center of Innovation supported them to further expand on their capacities. “We were given access to valuable resources and project collaboration opportunities to continue product development,” says Prashant.

“Our first VC investment from Artesian Alternate Investments came in as part of the accelerator program with Brinc HK, in December 2018, for which we stayed in Hong Kong for 2 months,” he adds. 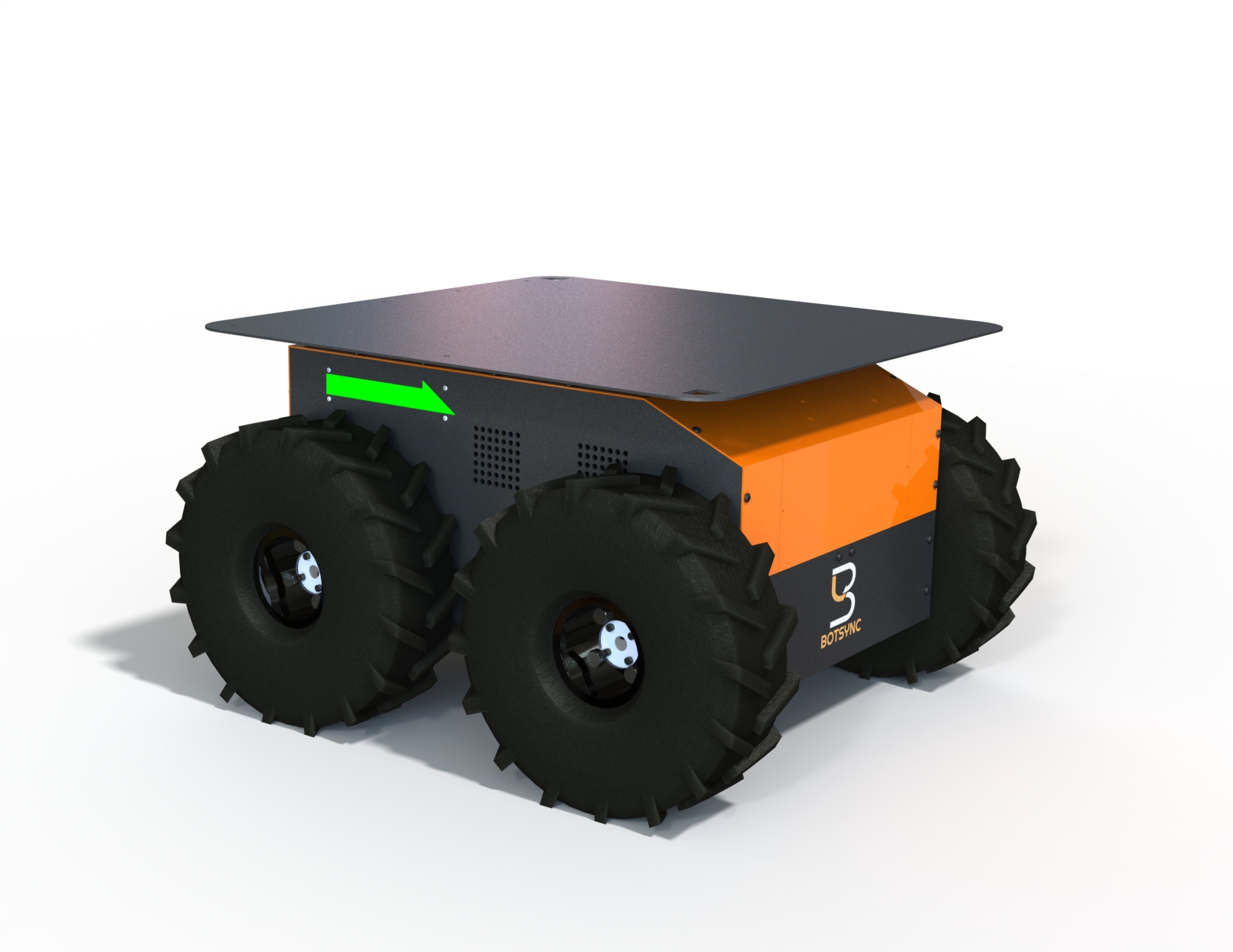 To extend their runway until the next major funding milestone, they raised a small investment amount from an angel investor based in Singapore in March 2019 before officially opening their seed round in June 2019.

“We recognised the need to have investors with manufacturing and industry expertise who could support beyond the financial investment. This led us to meeting Wong Fong Industries who became one of our lead investors. The partnership also brought in Seeds Capital, the investment arm of Enterprise Singapore as a co-investor. We were also very fortunate to have the faith of AngelHub’s founders, who decided to invest in us as one of their first few portfolio companies. This further led to Artesian being confident in our progress and growth curve,” says Rahul.

“Geographically we are looking at Singapore as our major market for the year, with plans to expand to other locations in Southeast Asia and India from 2021 onwards,” says Prashant. “Currently, we are working with a few multinational firms involved in manufacturing and logistics to pilot our MAG (Moving All Goods, across Warehouse-Production Floors) solutions at their sites in Singapore." 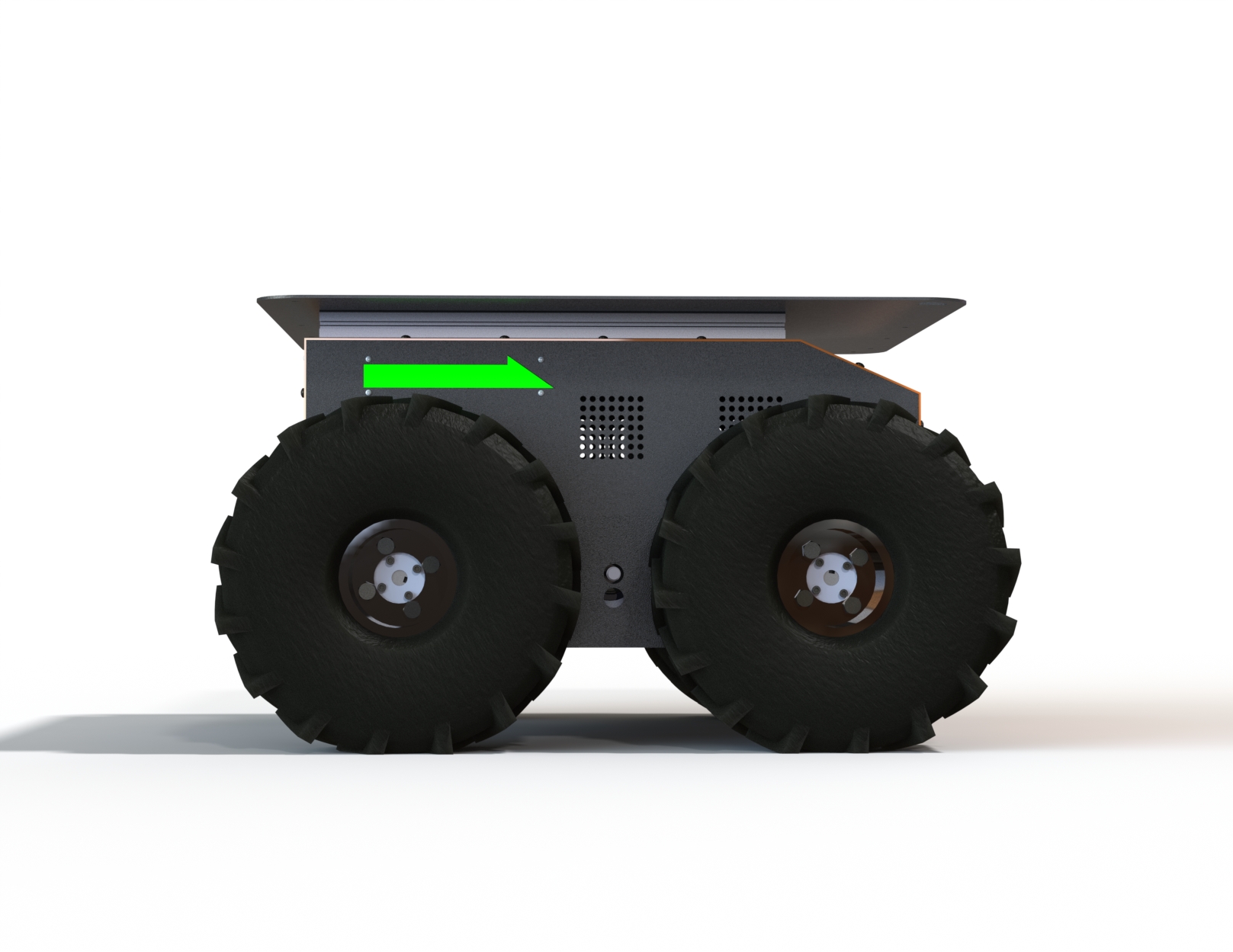 "Through our academic division, Botsync Labs, we also actively work with multiple educational institutions in Singapore and India to provide smaller scale robots for research and training purposes,” he adds.

COVID-19 the disruptor has, in just a few months, brought in digital adoption as well as digital adaptation which otherwise would have taken years. Connected to India asked if COVID has been a boon or a bane for the Botsync team.

“The COVID-19 pandemic has brought its own shares of challenges, which we have managed to turn into opportunities,” says Rahul.

Owing to labour restrictions, the demand for automation has shot up. Companies have started to recognise the importance of digital logistics and manufacturing processes and the importance of robotic systems to achieve it.

“This has made the conversations more engaging with potential customers and we envision that this new awareness of automation will cut down the overall duration of a typical automation sales cycle,” says Rahul.

However, like other players in the ecosystem, COVID-19 has caused some disruptions to manufacturing and slowed down the supply chain of development activities and production schedules.

“But we are back on track for Q3 this year with our set targets to meet the product demands of our customer base,” Rahul says.

The most important thing is to have the right team and a growth mindset. Having a team that you can work very well with, can make challenging situations easier to get through, the duo share.

“As young, first time founders, learn from your mistakes as you build and grow the company. It is quite common to have differences of opinions, but it is important to respect everyone's thoughts and move forward,” Prashant says.

Turn your mistakes into stepping stones for the company’s growth, the duo advise. Mistakes allow you to fix your team’s blind spots, recognise the team’s vision and mission, and build more accountability and confidence, they state. This will help you make the small but significant changes that are needed to improve your output.

“And lastly, never hesitate to ask for help. Experienced mentors bring a world of difference to your startup. People with the right experience can not only offer you direction but also open many doors of opportunity for your team,” concludes Rahul.