Stargazers of Singapore have the wonderful opportunity to take a glimpse of the longest total lunar eclipse of the century coupled with Mars opposition on July 28.

According to the National Aeronautics and Space Administration (NASA), the lunar eclipse will begin in the wee hours of July 28 morning. The total lunar eclipse will last one hour and 43 minutes and can be viewed from 3.30am to 5.13am. 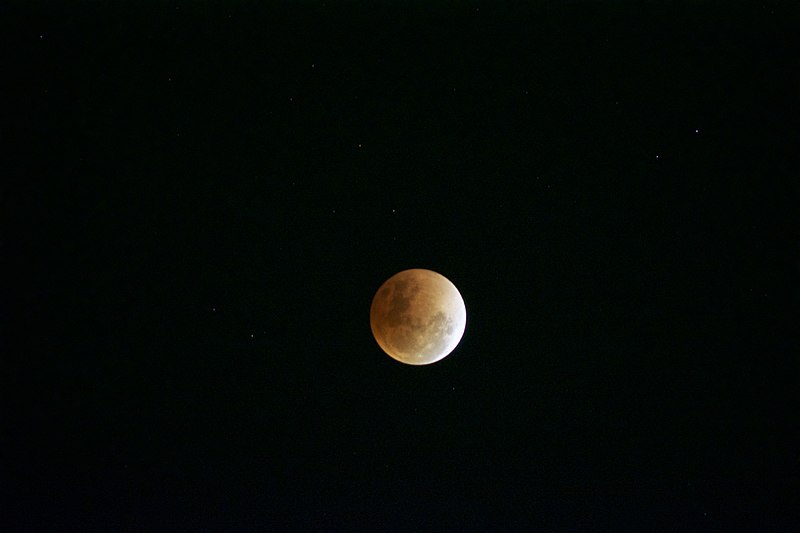 A view of the total lunar eclipse that was witnessed in Singapore on January 31, 2018. Photo courtesy: Wikimedia

The total lunar eclipse on July 28 can also be viewed from South America, Europe, Africa, Asia and Australia.

Moreover, astronomy enthusiasts will also be able to see planet Mars along with the total lunar eclipse at the same time.

The Mars opposition takes place every two years or so and occurs when Mars, Earth and the Sun form a straight line during the course of their orbits. When this happens, Mars will be about five time brighter than usual and this will make visual observation through telescopes easy and interesting.

During the lunar eclipse, the moon will appear red. However, it will appear smaller this time.

This total lunar eclipse also coincides with the lunar apogee when the moon is farthest from the earth. The moon will appear slightly smaller because it is farther from the Earth. This is the opposite effect of a supermoon.

The moon also moves slower when it is farthest from Earth. This explains its long duration.

Meanwhile, different organisations in Singapore have geared up for the celestial event. A spokesperson said that all spots for a special viewing event by the Science Centre have been snapped up with a total of 120 adults and 80 children aged seven to 12 registered for the free event funded by SkillsFuture. 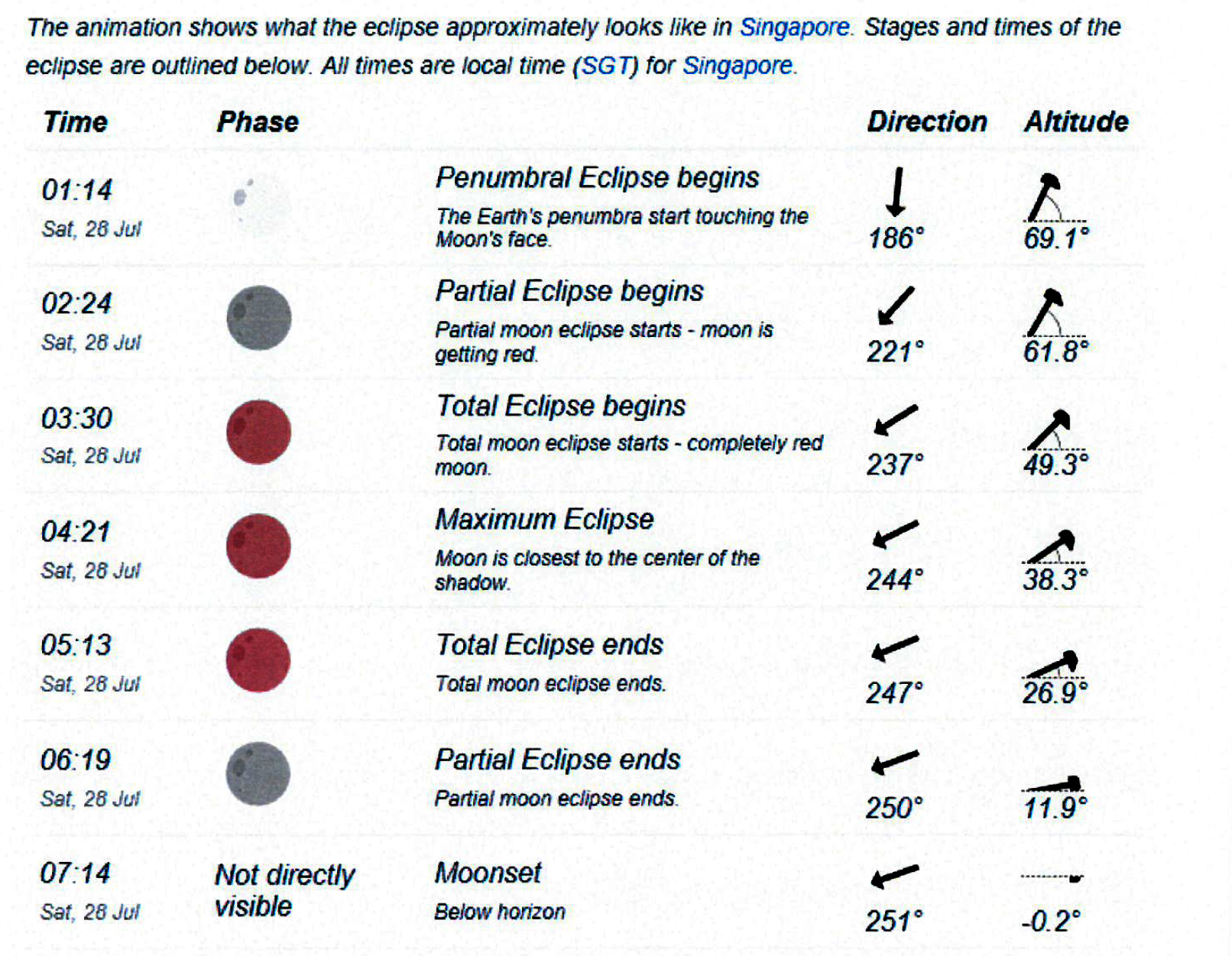 Stages and time of the lunar eclipse that will be visible in Singapore on July 28, 2018. Photo courtesy: Astronomy Society of Singapore (TASOS)

Special arrangements have also been made at the Lifelong Learning Institute for seeing the lunar eclipse and Mars opposition.

About 500 people are expected to turn up at Marina South Pier for the MARS-LE: Mars opposition and Lunar Eclipse event organised by SingAstro. A dozen telescopes will be available at the venue.

Meanwhile, Astronomy Society of Singapore (TASOS) will be giving a talk on eclipses at the Science Centre Observatory classroom on July 27.  Several photographers are also expected to capture images of the eclipse and Mars.

The next total lunar eclipse will take place on January 21 next year but will not be visible from Singapore as it will happen during daylight.

The star gazers of Singapore will have to wait until May 26, 2021, for the next total lunar eclipse visible from the country.