Singaporean Indian N Nedumaran launched a book highlighting the sacrifices and struggles of Indian sepoys and soldiers in Southeast Asia over the past 200 years in the city over the weekend. 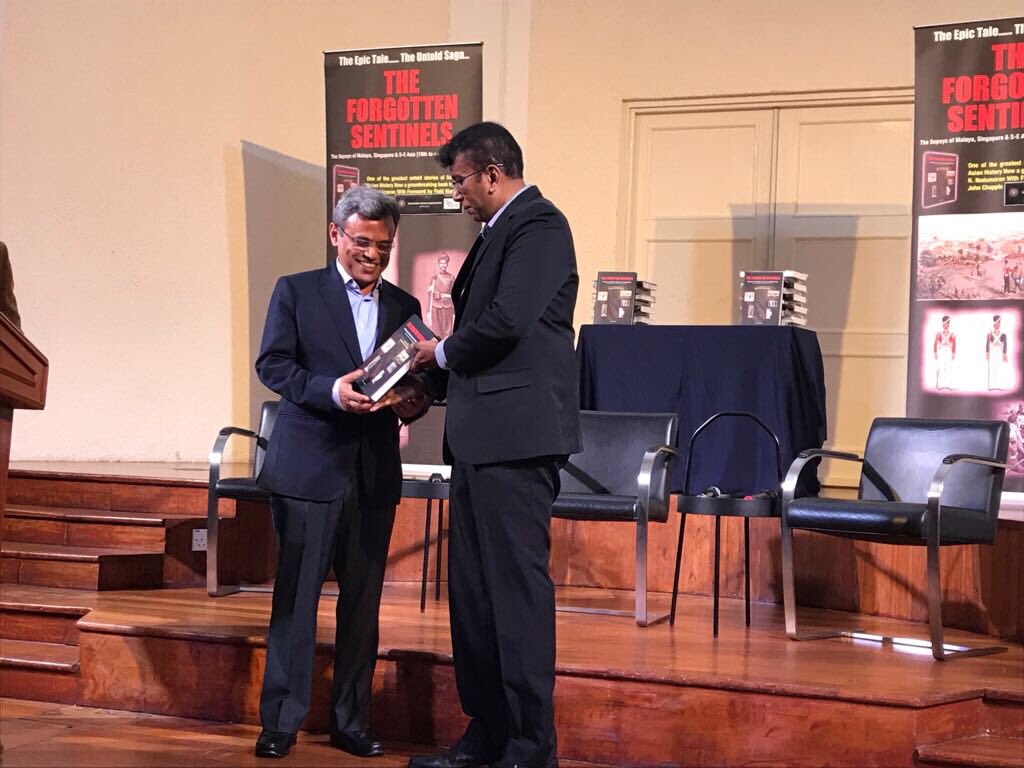 The High Commissioner of India to Singapore, Jawed Ashraf (left) with the author of The Forgotten Sentinel N Nedumaran, at the book launch. Photo courtesy: Twitter/@JawedAshraf5

The book, titled The Forgotten Sentinel, was launched by Singapore's Ambassador-at-Large for the Ministry of Foreign Affairs Gopinath Pillai, Chairman, Institute of South Asia Studies.

The High Commissioner of India to Singapore, Jawed Ashraf, also attended the event and described the book as "a reflection of a history of India and South East Asia".

"It was a natural connection between India and South East Asia," he said. “A brilliant narrative on the forgotten sepoys from India, who over three centuries helped extend and sustain British empire in Southeast Asia.”

The role played by the sepoys of Malaysia, Singapore and South-East Asia during the founding years of 18th to early 20th centuries came from research work by Nedumaran, the former curator of The Battle Box War Museum at Singapore's Fort Canning Park.

The sepoys came from across India with Sir Stamford Raffles, who established Singapore as a British Trading Post in 1819.

The 335-page book details the works of sepoys and soldiers, with some territorial wars and then the bigger war with the Japanese in the 1940s.