Home Affairs and Law Minister of Singapore K Shanmugam and his delegation members are reportedly safe after being caught in a 6.9 earthquake hit Lombok island of Indonesia, which killed 91 people and wounded hundreds.

The Minister, who was attending a security conference in Mataram, Lombok, said he and the Singaporean delegation are safe. 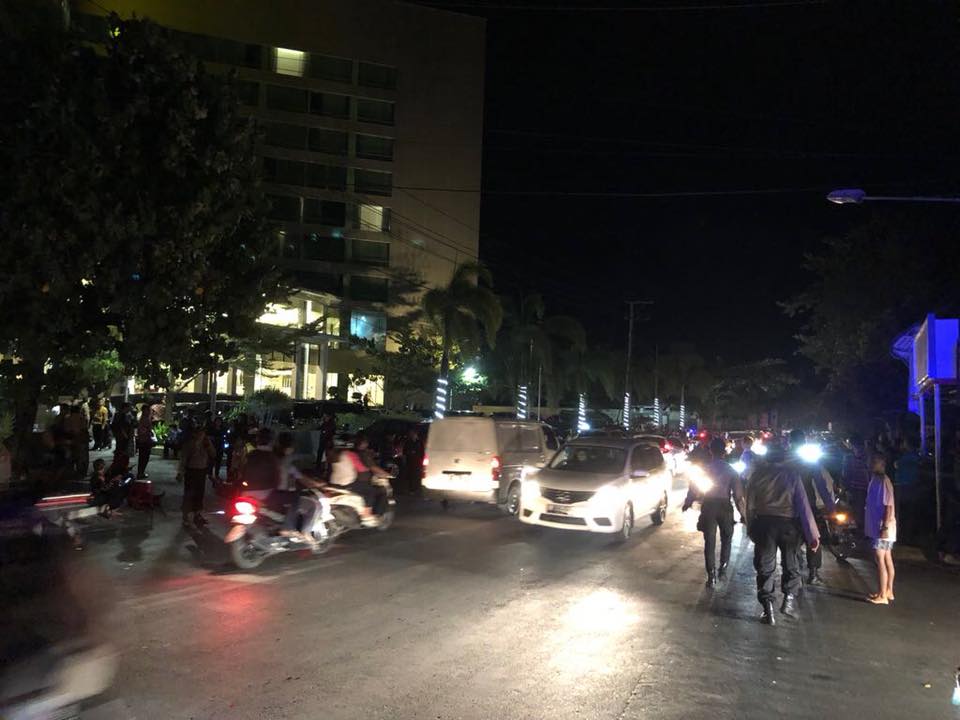 People living in the city of Mataram came out on the roads as a 6.9 earthquake hit Lombok island of Indonesia. Photo courtesy: Facebook page of Home Affairs Minister K Shanmugam

Giving a detailed account of the earthquake through a Facebook post, the Minister said, “I was in my room, 10th floor, working on my laptop. Suddenly the room shook violently, walls cracked, it was quite impossible to stand up. Heard screams.”

The Minister made his way down a staircase while the building was shaking. The power had gone out, and that there were many cracks and fallen doors. 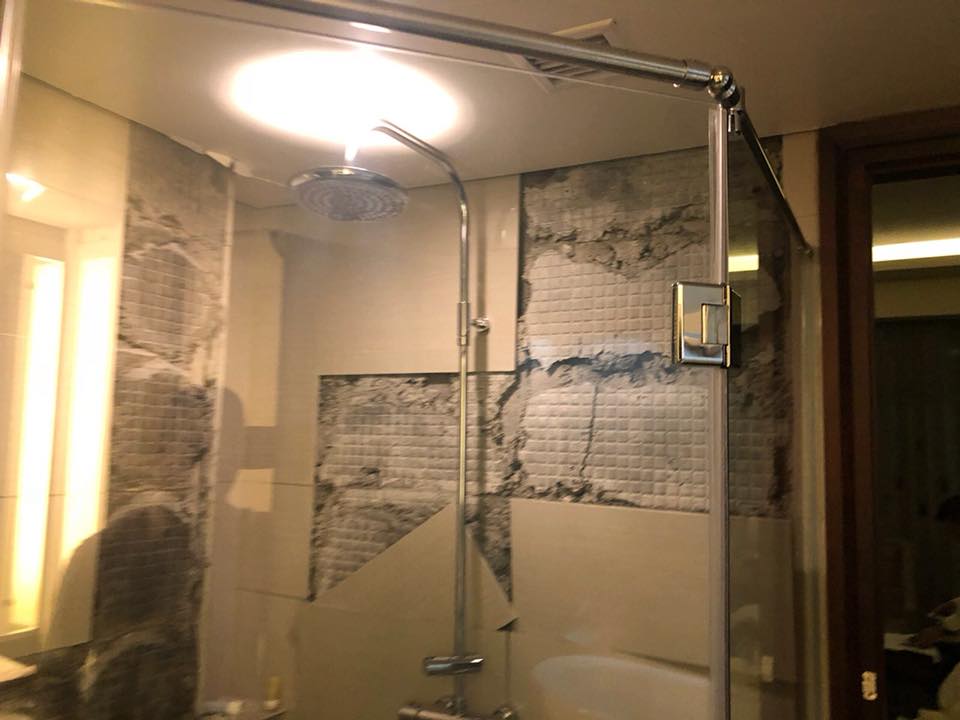 The washroom of the hotel in which K Shanmugam, Home Affairs and Law Minister of Singapore, stayed in Lombok island was badly damaged in the earthquake. Photo courtesy: Facebook page of Home Affairs Minister K Shanmugam

"Delegation thankfully safe though there I was told that there were casualties amongst other guests," he said.

Later, he and the Singapore delegation were waiting for a flight out of Lombok.

Though the US Geological Survey initially told that the magnitude of earthquake was 7.0 but later revised it to 6.9. The quake occurred at a depth of 15 km. It also prompted a tsunami warning, but this was later lifted.

Meanwhile, the Ministry of Foreign Affairs of Singapore has set up a counter at Lombok International Airport to provide consular assistance to Singaporeans affected by the recent earthquake in Lombok.

Giving this information through a Facebook post, MFA said, “For Singaporeans who are already at the airport and are in need of consular assistance, please approach the counter, which is located at the Customer Service area, beside the Departure Gate on Level 1 of Lombok International Airport. 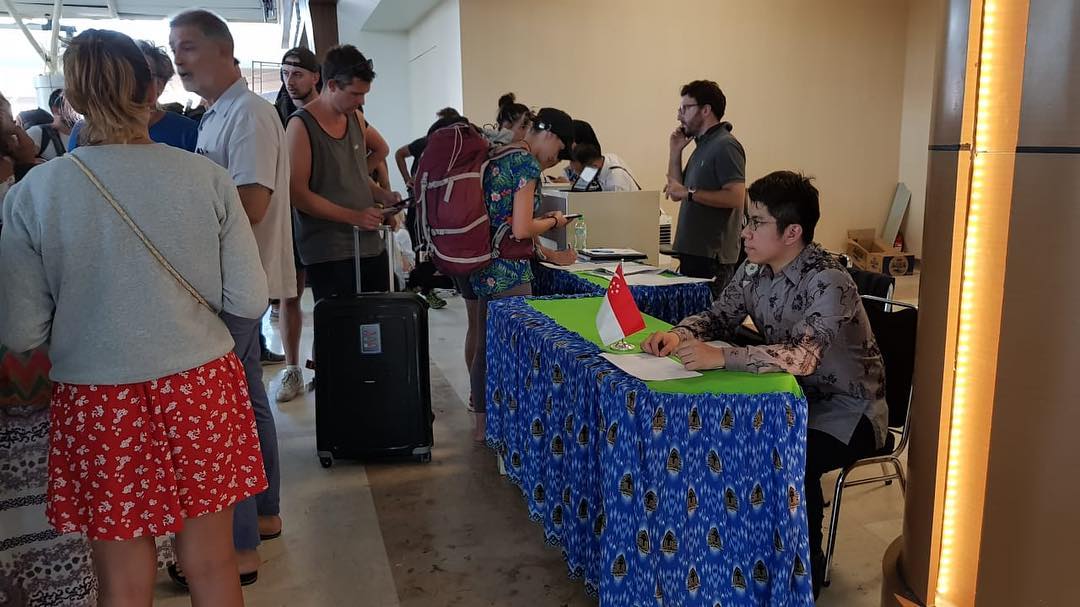 Ministry of Foreign Affairs (MFA) of Singapore has set up a counter at Lombok International Airport to provide consular assistance to Singaporeans affected by the earthquake in Lombok. Photo courtesy: Facebook page of MFA

Issuing an advisory, MFA said, “In view of the recent frequent earthquakes and aftershocks in the Lombok area, Singaporeans should defer travel to Lombok during this period.”

“Those who are currently in Lombok are advised to make the necessary arrangements to leave the area via commercial flights, which are still operating out of Lombok International Airport,” it added.

Singaporeans travelling to Indonesia are encouraged to e-Register with the Ministry of Foreign Affairs at https://eregister.mfa.gov.sg.

Meanwhile, there were no reports of tremors in Singapore, said National Environment Agency (NEA) in an advisory. It also said that Regional Tsunami Warning Centres have forecasted that a local tsunami may be generated near the epicentre, but Singapore is unlikely to be affected.

It is pertinent to mention that Indonesia is located on one of the most disaster-prone nations on the Earth, sitting on the so-called Pacific ‘Ring of Fire’, where tectonic plates collide and many of the earthquakes and world’s volcanic eruptions occur.

The earthquake reminded people of the deadly 2004  tsunami triggered by a magnitude 9.3 undersea earthquake off the coast of Sumatra in western Indonesia which killed 220,000 people in countries around the Indian Ocean, including 168,000 in Indonesia.