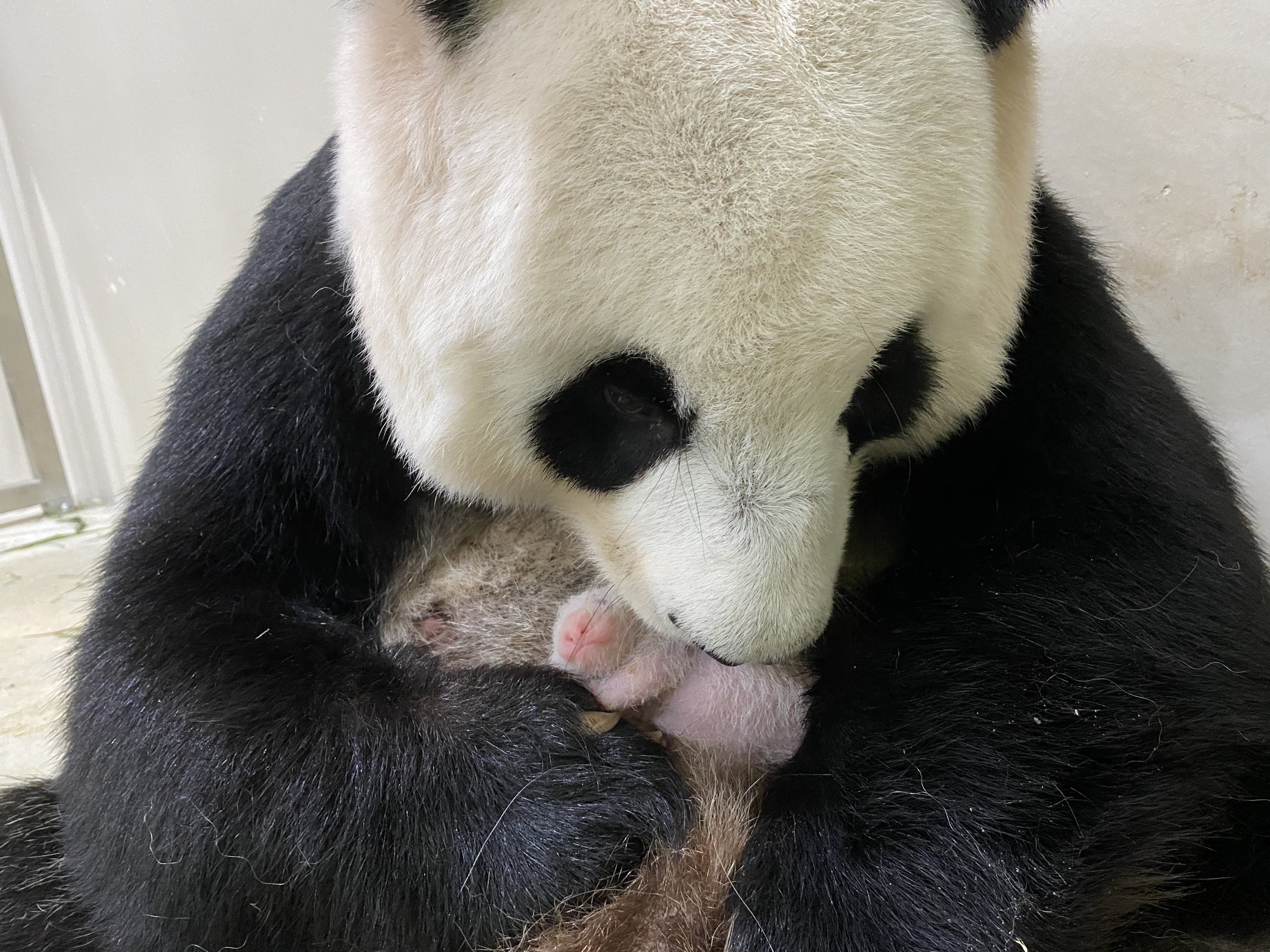 The cub, which weighs 200g, was born to the River Safari’s beloved panda pair. The cub was conceived via artificial insemination during the pandas’ seventh breeding season.

Throughout, Wildlife Reserves Singapore (WRS)’s panda care team worked closely with China Conservation and Research Center for Giant Panda (CCRCGP), who advised performing artificial insemination on Jia Jia when natural mating did not occur, to improve her chances of implantation before the fertile window closed.

Gestation length for the giant panda ranges from 90 to 180 days because the fertilised egg floats freely in the mother's uterus, before finally implanting in the uterus wall in the last weeks of pregnancy.

Delayed implantation therefore makes it difficult to determine a pregnancy and detect the foetus on ultrasound.

Female giant pandas also have pseudopregnancies, exhibiting signs and symptoms of pregnancy even when they are not pregnant. These made it difficult for her keepers to determine if Jia Jia was indeed pregnant. After the vets noted the thickening of Jia Jia’s cervix wall and fluid in her right uterus in late July, they continued to schedule ultrasound sessions in the hopes of confirming the pregnancy.

A strong heartbeat was detected on August 10. The pregnancy was confirmed following another ultrasound on August 12 and Jia Jia’s keepers started round-the-clock monitoring. Jia Jia gave birth at 7.50am on August 14.

Four-year-old Kai Kai and three-year-old Jia Jia arrive in Singapore from Chengdu, China, as sub-adults in 2012. They settled in well in the custom-designed and climate-controlled exhibit at River Safari. 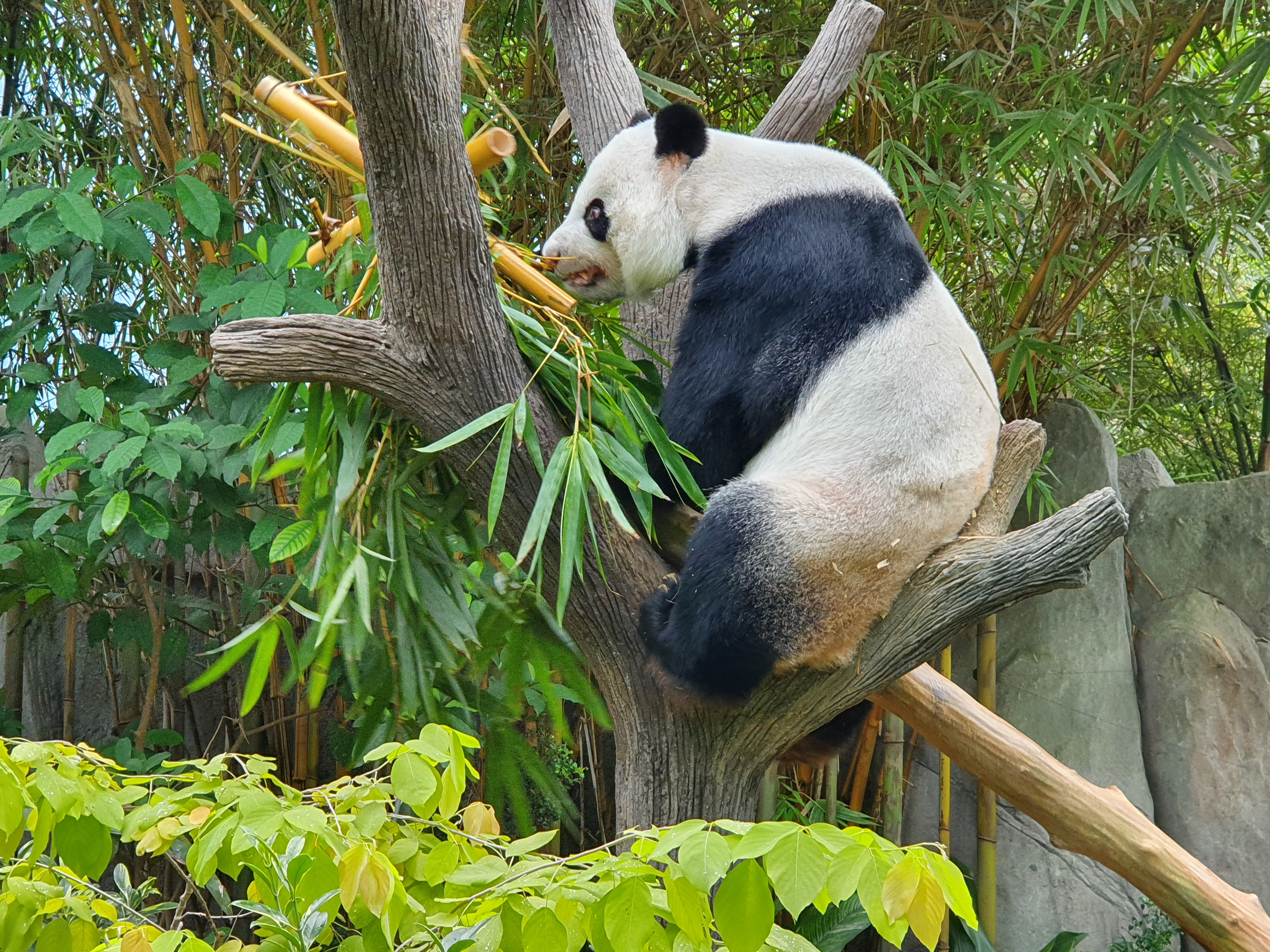 From 2012 to 13, both the pandas were closely monitored for behavioural, hormonal and physical changes for estrus, which would indicate breeding readiness. They are also conditioned for husbandry checks from 2012-end.

In 2014, Jia Jia and Kai Kai’s genitalia are measured and monitored for swelling. In November 2014, photoperiod and temperature are manipulated to simulate seasonal changes – which have been noted to promote sexual maturation – as Jia Jia has yet to show signs of estrus.

The next year was Jia Jia’s first estrus cycle. Seven-year-old Kai Kai starts bleating and scent-marking to attract Jia Jia, then six years old. They are brought together to mate and natural mating (NM) occurs. Electroejaculation (EJ) and artificial insemination (AI) are also completed by the WRS veterinary team. Jia Jia is conditioned for abdominal ultrasounds and milking prior to parturition. An expert from CCRCGP is present during the parturition period.

Finally, this year artificial insemination was attempted with frozen semen on April 24, leading to pregnancy and the eventual birth.