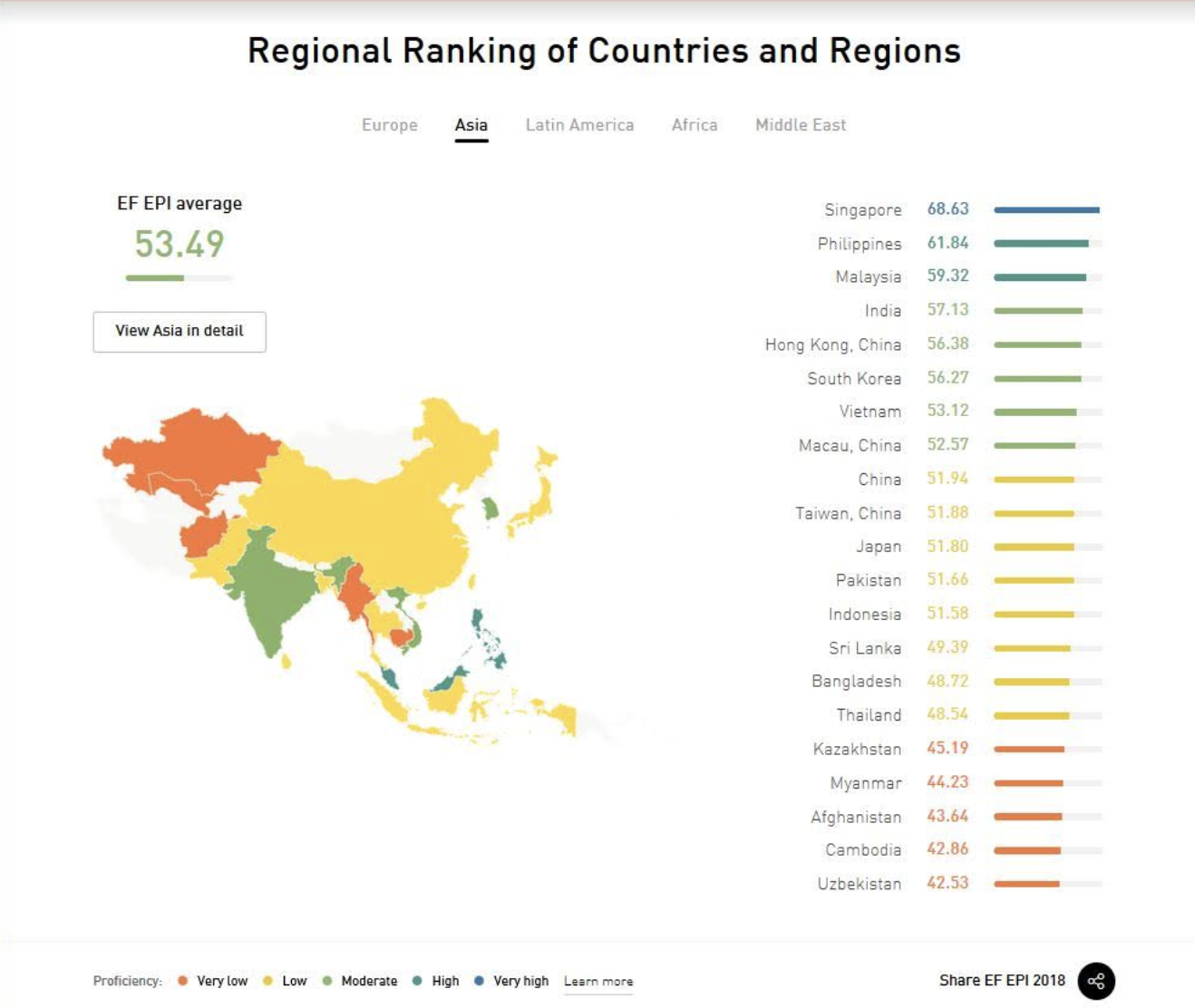 Singaporeans possess the highest degree of English skills in Asia, followed by people from Malaysia, the Philippines, Malaysia, and India, according to a new study.

Globally, among the non-English countries, Singapore is third after Sweden and Netherlands on "Very High" English proficiency Index that lists ten countries from Europe, besides Singapore and South Africa, according to a ranking released by EF EPI. The EF English Proficiency Index attempts to rank countries by the average level of English language skills amongst those adults who took the EF test. 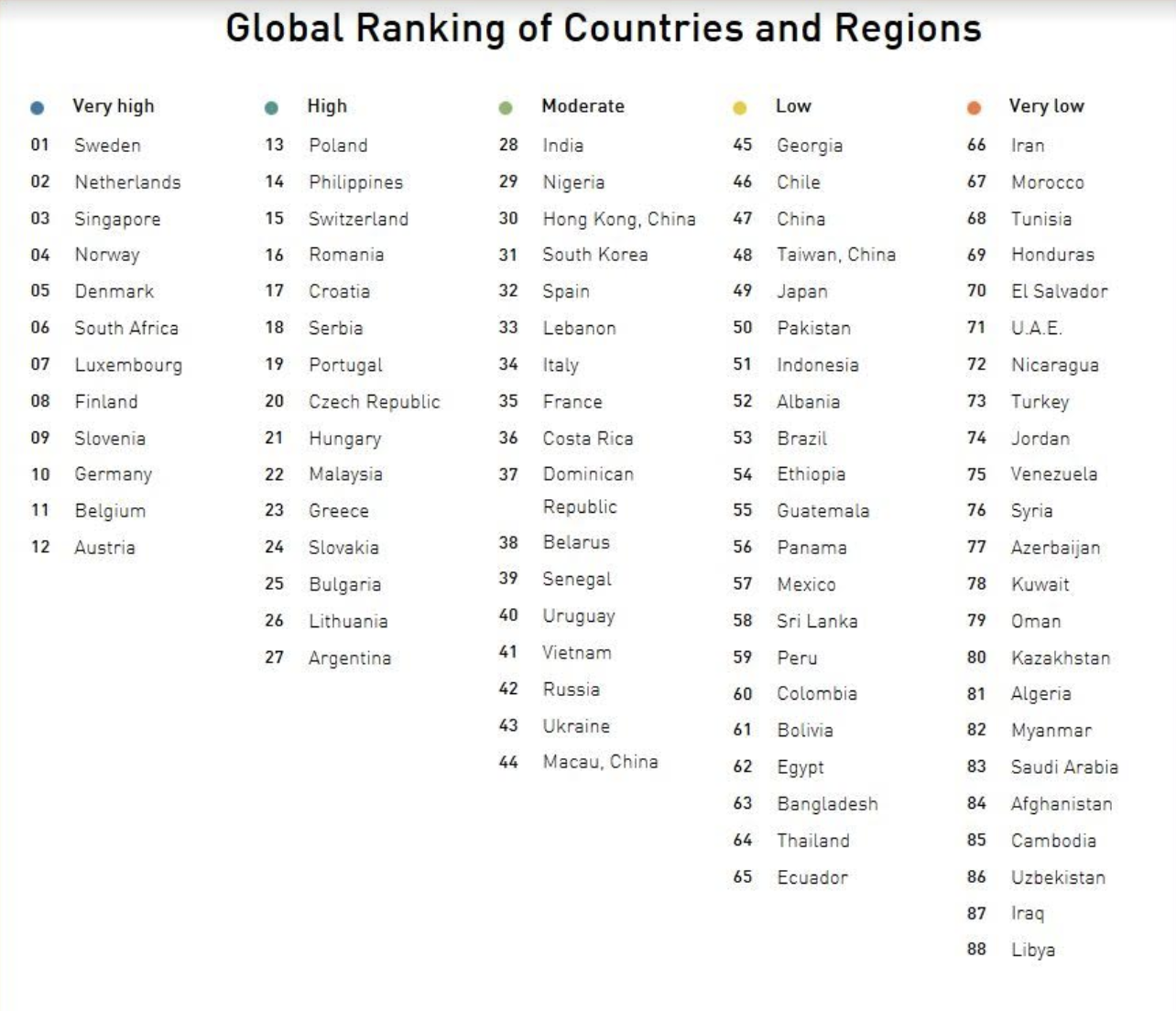 "With rapid growth in trade and technology, Asian countries with strong English proficiency are thriving. Singapore, which has consistently scored in the top 10 of the EF EPI, has had a trade to GDP ratio of over 300% since 1960. Although India is better-known for offshore services, it is the Philippines, with less than 10% of India’s population, which has the larger number of call centers," it says.

The ranking for the year 2018 was released after collating results from 1.3 million people spread over 88 countries and regions who took the test on its online proficiency testing portal. The proficiency is divided in five bands: Very High, High, Moderate, Low, and Very Low.

The study has thrown up some interesting results such as societies that speak English are "more open, less hierarchical and fairer to women." But it hastens to add that English per se cannot be said cause these societal improvements.

"The correlation makes sense. English breaks down barriers, fosters international exchange, and exposes individuals to the wider world," it says.

Women are found to speak better English than men. Though last year the men did narrow the gap, this time women are again in a clear lead.

But despite that "women speak less in meetings and negotiations than men and are interrupted more when they do speak."

"Research into how boys and girls learn foreign languages has shown that female students are more motivated, use a wider variety of strategies to retain new information, and are more willing to make mistakes. Women, on the whole, are also more likely than men to finish secondary school and attend university. Unfortunately, businesses are not benefitting as much as they could from women’s English skills," it points out.

Asia straddles all five proficiency bands with three countries in the upper quartile of the index and four in the bottom ten per cent. But English proficiency did not improve despite high level of investment in Asia.

"Singapore improved from an already strong base, moving into the third position in the overall ranking. China and Japan did not experience significant changes, and both remain in the Low Proficiency band. The lack of English skills in Central Asia became clearer this year with the addition of Uzbekistan to the index, which, along with Kazakhstan, falls in the Very Low Proficiency band," it notes. 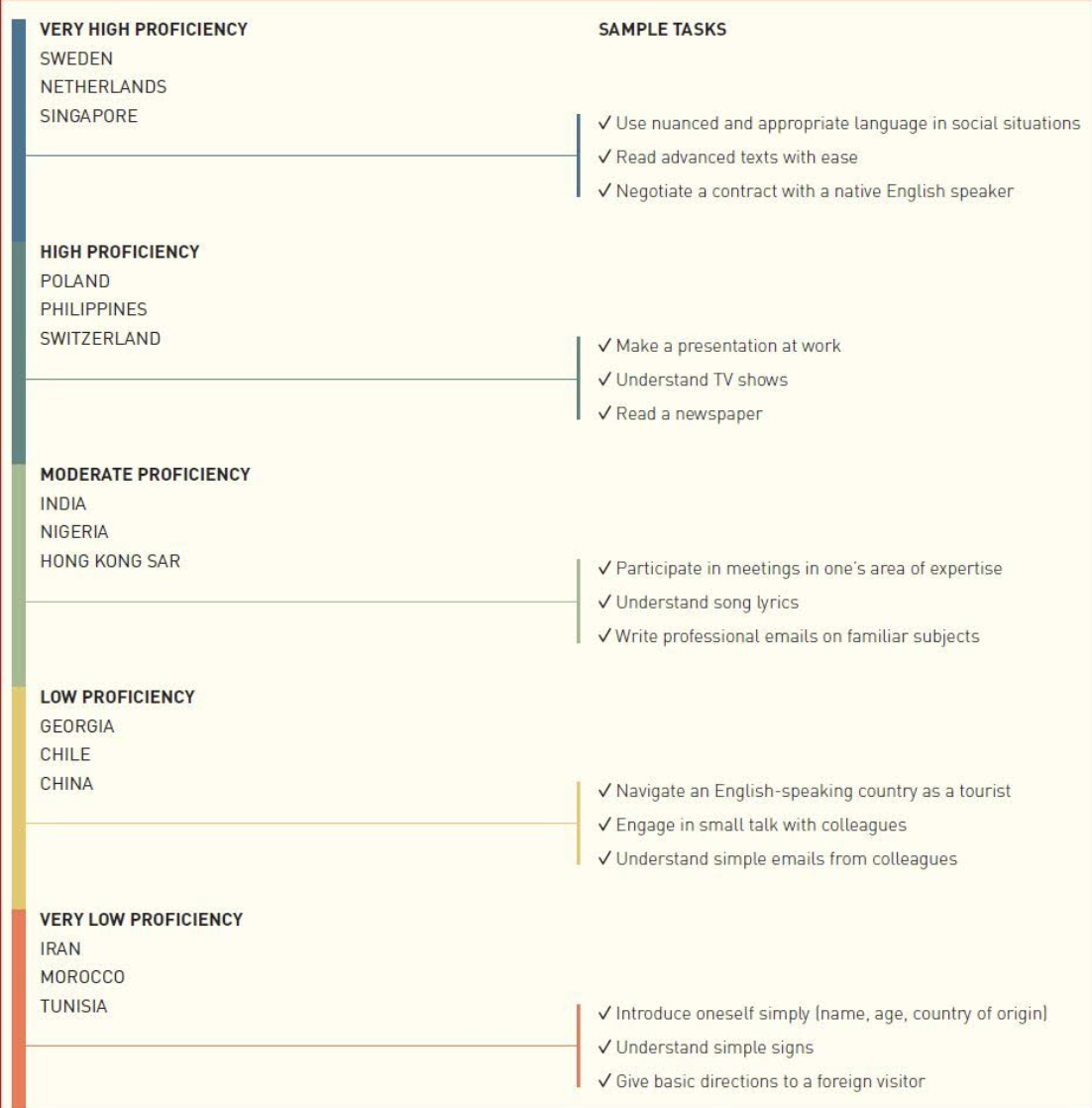 Level of English proficiency vis a vis tasks that one can perform Graphics courtesy: EF EPI

India missed High Proficiency band with one notch, thus sits at 28th global position atop Moderate proficiency band. The study points to inability of a very large, but poor workforce that can not afford decent education. Multiple ethnicity speaking 22 native languages also seems to have made English compete for space in India which made a head start in global IT outsourcing business because of its clear advantage of a large English speaking population. Its perceived rival in offshore business hiring, China, still sits in Low proficiency band despite major policy initiatives by the government ahead of Beijing Olympics.

EP EFI finds a high correlation between English proficiency and ability of a country to attract, develop, and retain skilled workers. "English proficiency allows local talent to participate in global conversations and is also critical in attracting talent from abroad. A 2017 HSBC survey ranked Singapore, Norway, Germany, and the Netherlands, all very high English proficiency countries, in the top five for their appeal to internationally mobile professionals. While attracting expats is not every region’s priority, nurturing local talent certainly should be." it says. 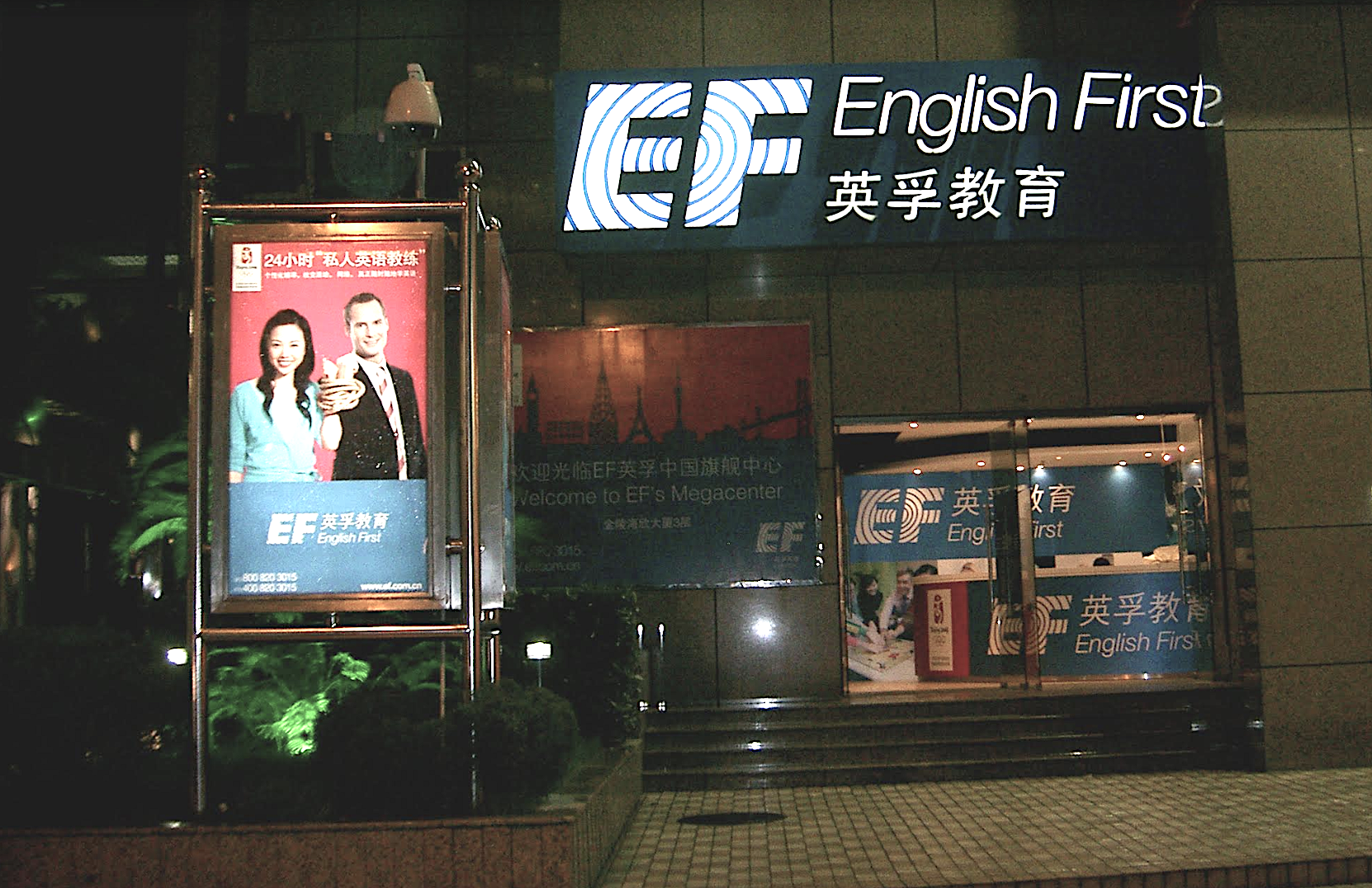 Billboard in Shanghai proding the Chinese to learn English ahead of Beijing Olympics Photo: Connected to India

The eighteen countries listed in Asia are evenly divided between nine that improved and nine that did not. Singapore and Cambodia posted significant increases in their scores this year, while Bangladesh experienced a significant decrease. Only Sri Lanka and Macau SAR moved from a lower proficiency band to a higher one.

"More scientific journals are published in English than in any other language, and we’ve found consistent correlations between English and investment in R&D. This relationship is particularly interesting in light of recent research showing that companies with managers from many countries earn more of their revenue from innovation than less diverse competitors. English is changing the way that ideas flow from one place to another."

However, while EF EPI insists on numbers it is silent on the qualitative aspect of research and innovation as some of the revolutionary innovations have indeed come from countries that never use English as medium.