Singapore to push for speedy ratification of EUSFTA deal

As the US-China trade conflict escalates, Trade and Industry Minister of Singapore Chan Chun Sing has gone to Europe for a possible push towards the speedy ratification of the European Union-Singapore Free Trade Agreement (EUSFTA) when he meets with his EU counterparts in Brussels and Paris.

The agreement will come into force by next year, before the Europe Commission’s mandate ends.

Earlier, speaking in Parliament, Chan Chun Sing described ongoing trade conflict between US and China as a spat that could ‘significantly impact’ Singapore’s open economy. 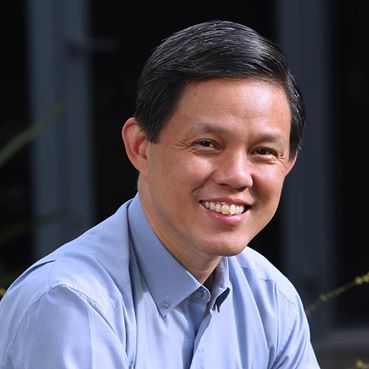 The stand-off between US and China escalated last Friday as the former imposed tariffs on USD34 billion worth of Chinese goods and latter imposed retaliatory tariffs on a similar scale. The US also announced that it will impose 10 per cent tariffs on another USD200 billion on Chinse exports goods as soon as September.

There is a possibility that the ongoing trade war between US and China might disrupt the global supply chain, feel experts. Singapore companies that produce immediate goods used in the production of China’s exports to the US may see lower demand for their goods.

The European Union-Singapore Free Trade Agreement (EUSFTA) will have significant benefits for businesses and consumers, said Ministry of Trade and Industry. Besides eliminating tariffs on qualifying goods and removing custom duties on e-commerce, it will also open up more government procurement opportunities for businesses.

On ratification, EUSTFA will the be first deal between the EU and an ASEAN country. Singapore and the EU first launched negotiations of the agreement in 2009 and concluded them in 2014.

The European Commission presented the negotiation outcomes to the European Council in April this year. For now, this initial agreement needs to be approved by the Council of Ministers and ratified by the European Parliament.

There are close trade ties between Singapore and EU as the latter is ASEAN’s largest commercial partner, accounting for nearly one-third of EU-ASEAN trade in goods and services and about two-thirds of investment between the two regions.

Meanwhile, during his tour to Paris, Chan will reaffirm Singapore’s bilateral economic ties with France, and seek France’s continued support for the EUSFTA, through meetings with French leaders, the ministry said.