In a massive upset, Singapore on Sunday beat Zimbabwe by four runs in a rain-hit 18-over contest in the T20I series being played in Singapore. This marks the first time Singapore has beaten a Full Member team in international cricket.

Winning the toss, Singapore elected to bat first at the Indian Association Ground. Openers Rohan Rangarajan (39 off 22 balls) and Surendran Chandramohan (23 off 17 balls) got the hosts off to a great start with opening stand of 62 runs. 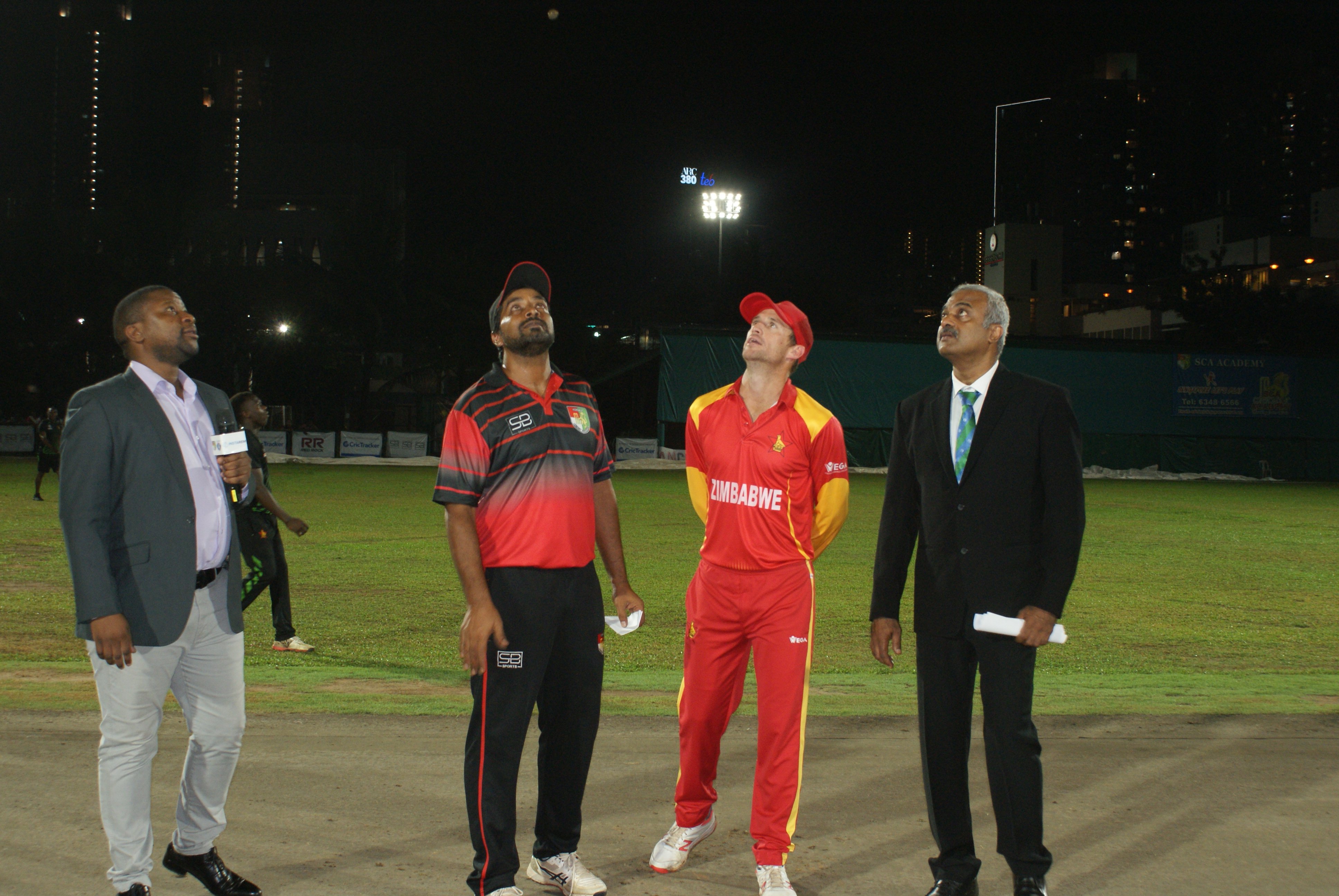 After Rangarajan was run out and Ryan Burl dismissed Chandramohan and Aritra Dutta, wicketkeeper Manpreet Singh and all-rounder Tim David stepped up to the plate.

Burl was the pick of the Zimbabwean bowlers with 3 wickets for 24 runs in 3 overs.

Zimbabwe's innings was given a great start by opener Regis Chakabva, who struck 48 in just 19 balls. In fact, one of Vinoth Baskaran’s overs went for 18 runs. 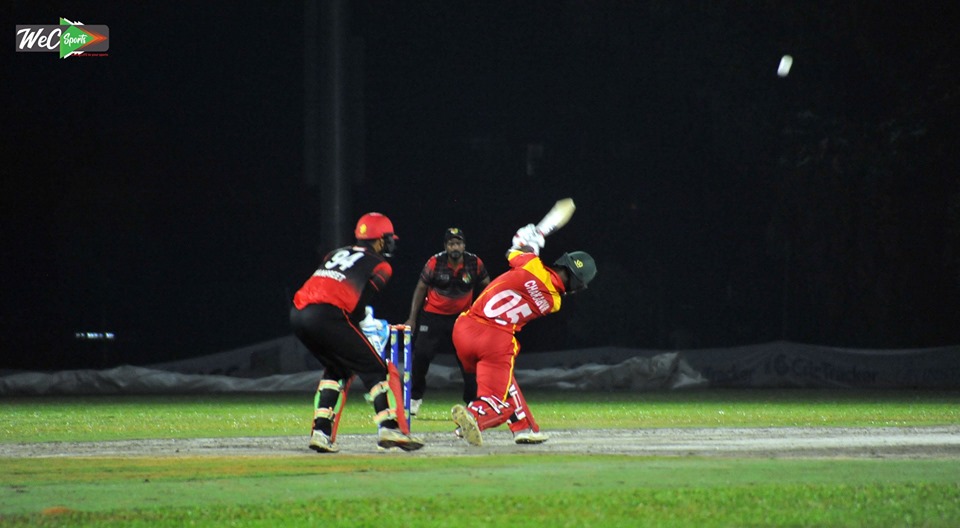 Chakabva was given great company at the other end by Sean Williams (66 off 35 balls) and with the duo putting on 41 runs for the second wicket, it looked like Zimbabwe was set for a comfortable victory. Williams took David to task, smashing him for 24 runs in the 12th over.

However, Singapore were undeterred and a few tight overs plus the wickets of these two batsmen had the hosts back in the game. 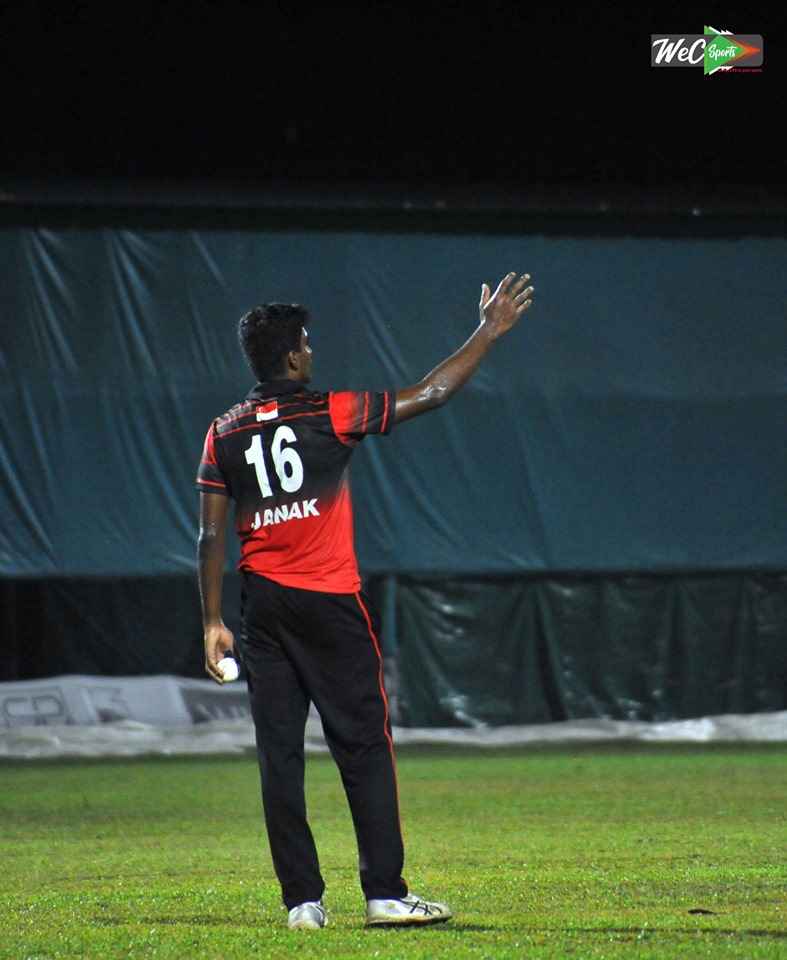 At 163/4 in 15.4 overs, the game looked evenly balanced with a slight advantage for Zimbabwe with Burl and Richmond Mutumbami in the middle. But a double-wicket over from medium-pacer Janak Prakash, with only 7 runs scored, swung the momentum towards Singapore. 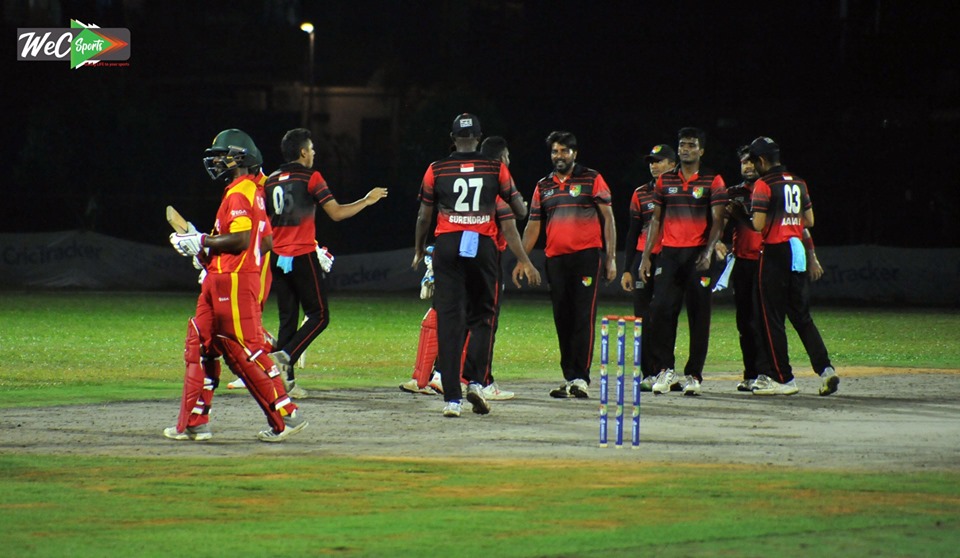 "I just spoke to my boys, 'Just do your best, just fight until the last ball; just don't care about the result and just give your best and see the result came in our favour. Yesterday we lost. Yesterday I didn't play (against Nepal who won the game by nine wickets). Just today I came and I told the boys pre-game that to play to our potential. To not be scared. We are a young side and it's a great feeling to beat a Test nation. We are very happy," said Singapore captain Amjad Mahboob at the presentation.

Singapore’s victory means that all three teams now stand at 2 points each. A total of six matches will be played in this competition and the side with most points will lift the trophy.