JobTech, a local start-up in Singapore has made an open offer to Facebook to help sift and label safe news on the social network. 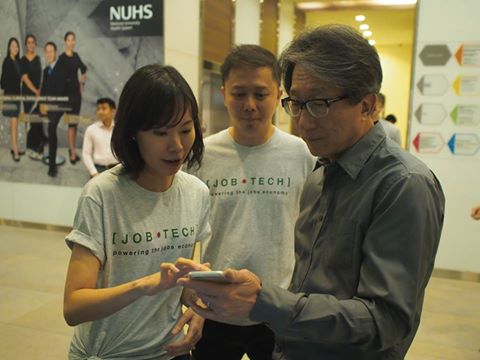 Minister for Manpower, Mr Lim Swee Say, trying out JobTech with the co-founders Charlotte Lim and Ang Wee Tiong during the launch of the Philip Yeo book. Photo courtesy: Facebook

JobTech's letter was in response to a post by Facebook chief Mark Zuckerberg on Nov 19. He had defended his company after it was blamed for allowing pro-Donald Trump fake news to go viral on its network.

The open letter to Facebook stated, “the start-up is offering to ‘jointly counteract misinformation’, noting that its technology is able to sift out fake news. It has already successfully applied its technology to help job seekers filter out duplicate and bogus posts”.

Ang Wee Tiong, the co-founder of JobTech said its technology is able to verify if a trending report is fake by cross-checking against reports by credible news agencies. The technology can also differentiate between positive and negative articles.

In the online job space, it is able to break out bogus or duplicate job postings with more than 95 per cent accuracy. Using the technology, JobTech learnt that only 60 per cent are genuine, out of the 220,000 online job postings.

The technology analyses the text in less than 10 seconds, with all the online job postings in real time. A bogus posting is identified by looking at, say, the number of times a similar one has been re-posted and whether the employer is named.