Sg.SAIFF is a South Asian content focussed film festival that curates specialized films and showcases the creativity of talented filmmakers. Supported by the Singapore Indian High Commission (IHC) this landmark initiative aims to serve as a cultural gateway between the global city of Singapore and the developing nations of South Asia.

Chairman Sg. SAIFF, Abhayanand Singh said this was a unique platform for filmmakers as well as film lovers. Films have a universal language he said and encouraged the audience to watch at least one movie in a language they are not familiar with. 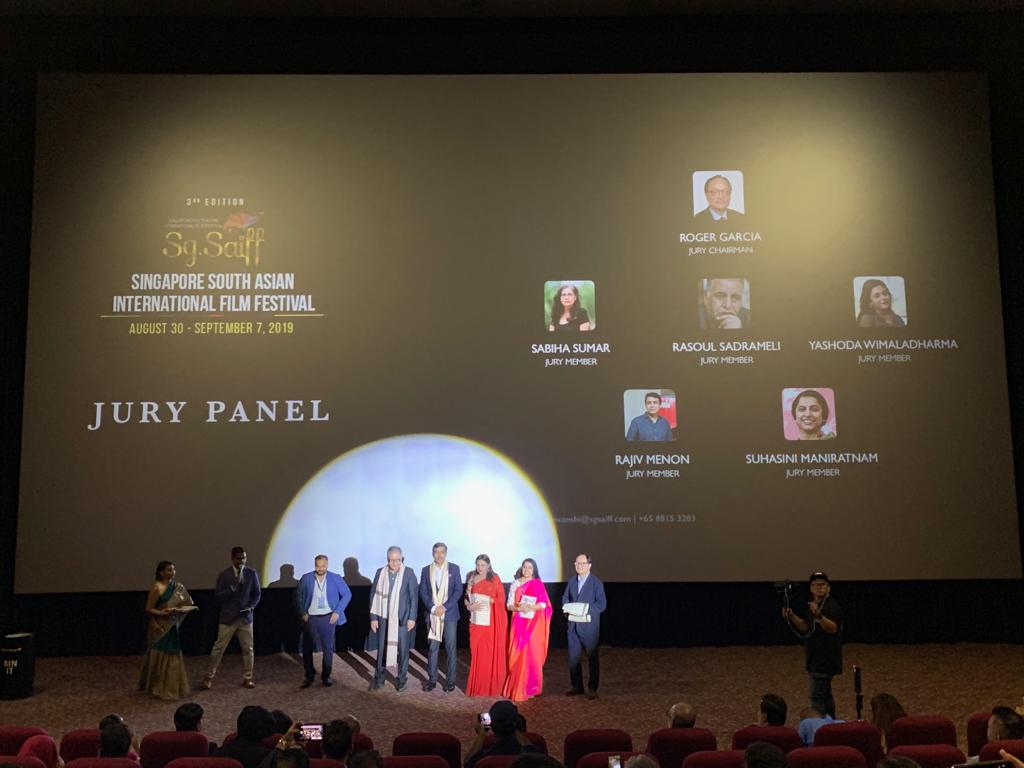 Chairman Sg. SAIFF Abhayanand Singh with the jury panel made up of prominent filmmakers and actors. Photo courtesy: Connected to India

The festival is being adjudicated by a panel of jury members made up of prominent filmmakers cinematographers and actors who have flown in from all over Asia. A selection of films helmed by the jury members will also be screened. Khamosh Pani from Pakistan directed by Sabiha Sumar, My Second Year in College from Iran directed by Rasoul Sadr Ameli, Sindhu Bhairavi and Sarvam Thaala Mayam from India directed by K. Balachander and Rajiv Menon respectively and Samanala Sandhawaniya from Sri Lanka directed by Jayantha Chandrasiri. 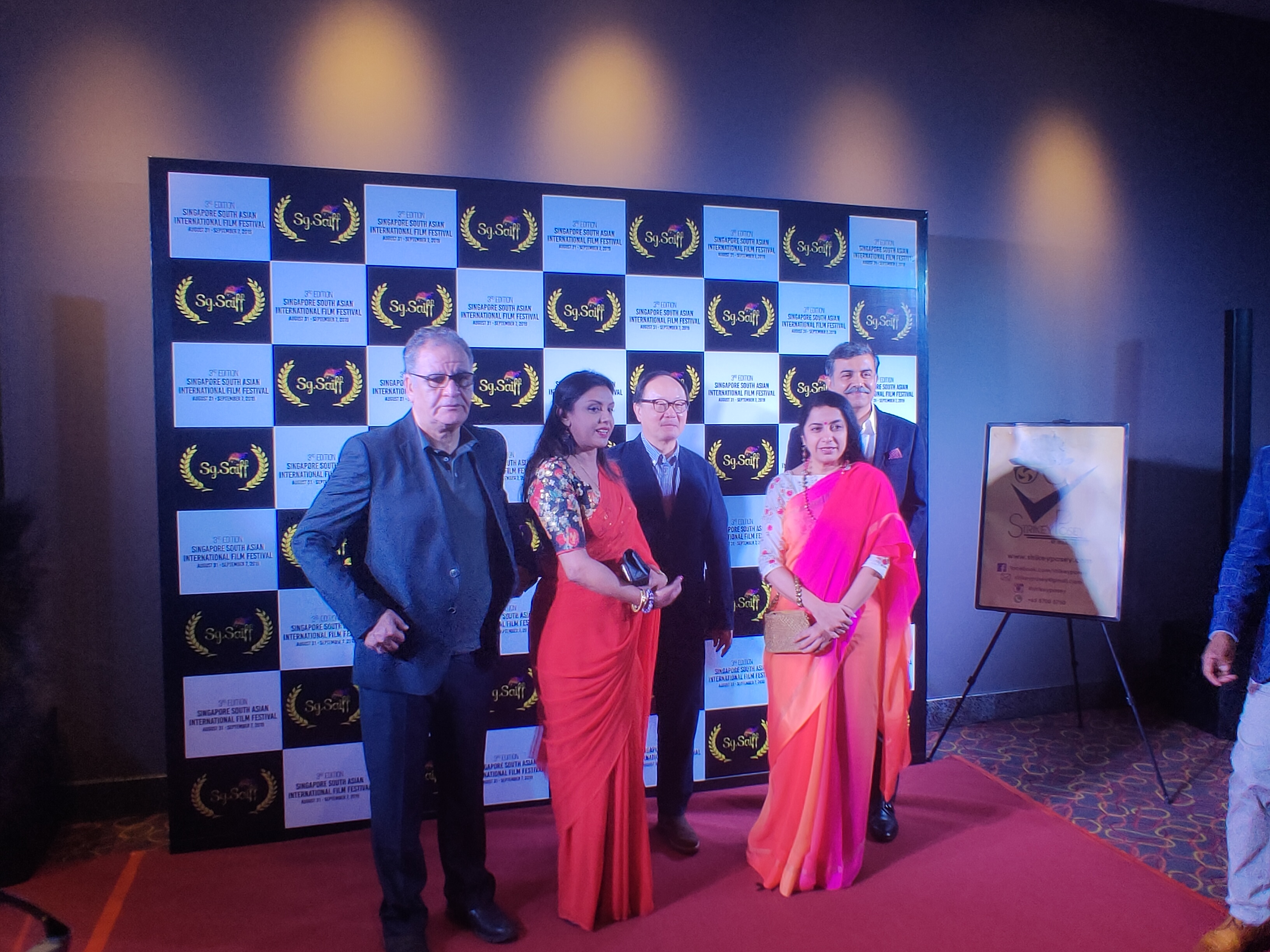 Ambassador Kesavapany delivered the opening address and handed the Lifetime Achievement Award 2019 to P.Bharathiraja. He and his wife have enjoyed many a movie by the 7 National Awards winning Bharathiraja he said. 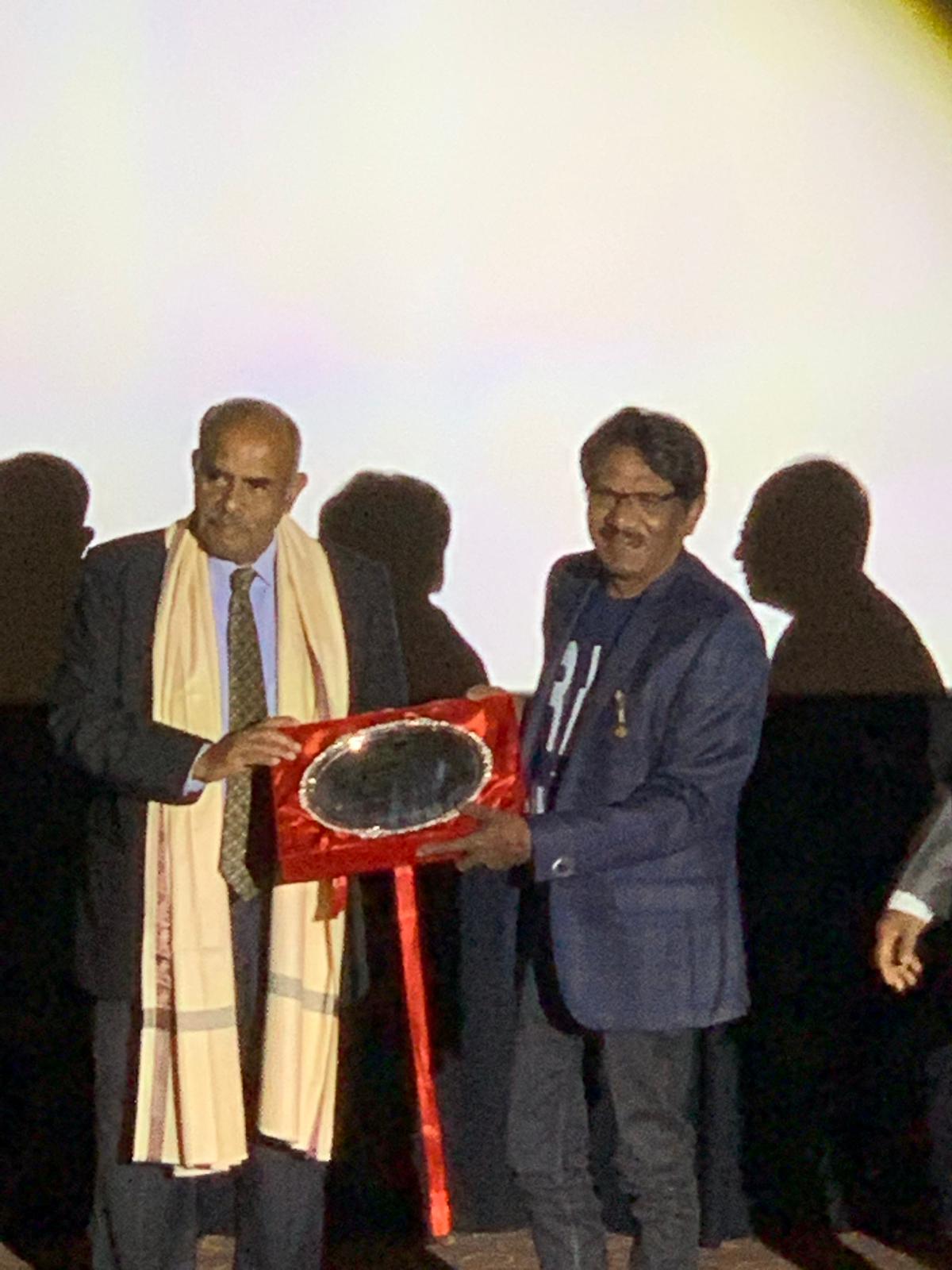 45 wonderful films by talented filmmakers in several languages from countries like India, Sri Lanka, Pakistan, Bhutan, Singapore, Bangladesh and Iran will be screened from 30th August to 7th September at various venues in Singapore. 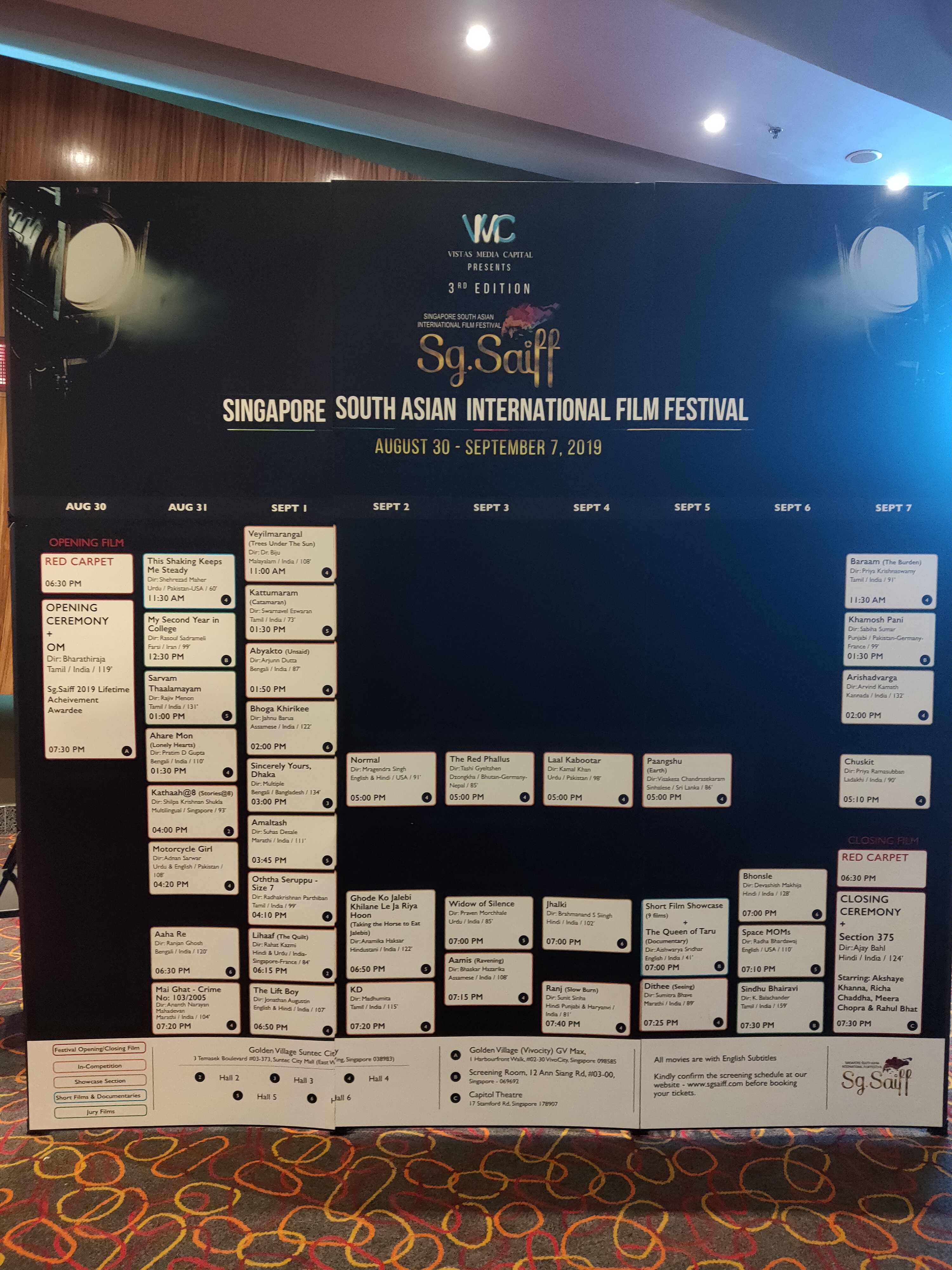 Schedule at a glance: date, time and venue of the movies at Sg. SAIFF 2019. Photo courtesy: Connected to India

The 3rd edition of the festival will have world premieres of some critically acclaimed films such as While Slow Burn (Ranj) directed by Sunit Sinha, Kathaah directed by Shilpa Krishnan, Oththa Seruppu Size 7 directed by R. Parthiban and Space MOMs directed by Radha Bharadwaj. It will also host films directed by national award-winning directors like Jahnu Barua, Dr. Biju, Priya Krishnaswamy and Anant Mahadevan.

The highlight of the festival will also be some of the highly lauded regional films from India in the competition sections where Malayalam films like Veyilmarangal (Trees Under The Sun) directed by Dr. Biju, Marathi films Dithee directed by Sumitra Bhave, MAI GHAT:CRIME NO 103/2005 directed by Anant Mahadevan, Tamil films KD directed by Madhumita Sundararaman and above mentioned Oththa Seruppu Size 7 directed by R Parthiban and will be screened.

Screenings will be followed by a panel discussion as well as Q &A where cinephiles can interact and learn from the filmmakers.