The Vivekanand Seva Sangh (VSS) Singapore in collaboration with Ramakrishna Mission Singapore conducted a seminar last week at NTUC Auditorium commemorating the 125th anniversary of the epochal speech by Swami Vivekanand at the Parliament of World Religions in Chicago. The event was attended by over 450 participants and consisted of a series of lectures by eminent speakers about the life and works of Swami Vivekanand. 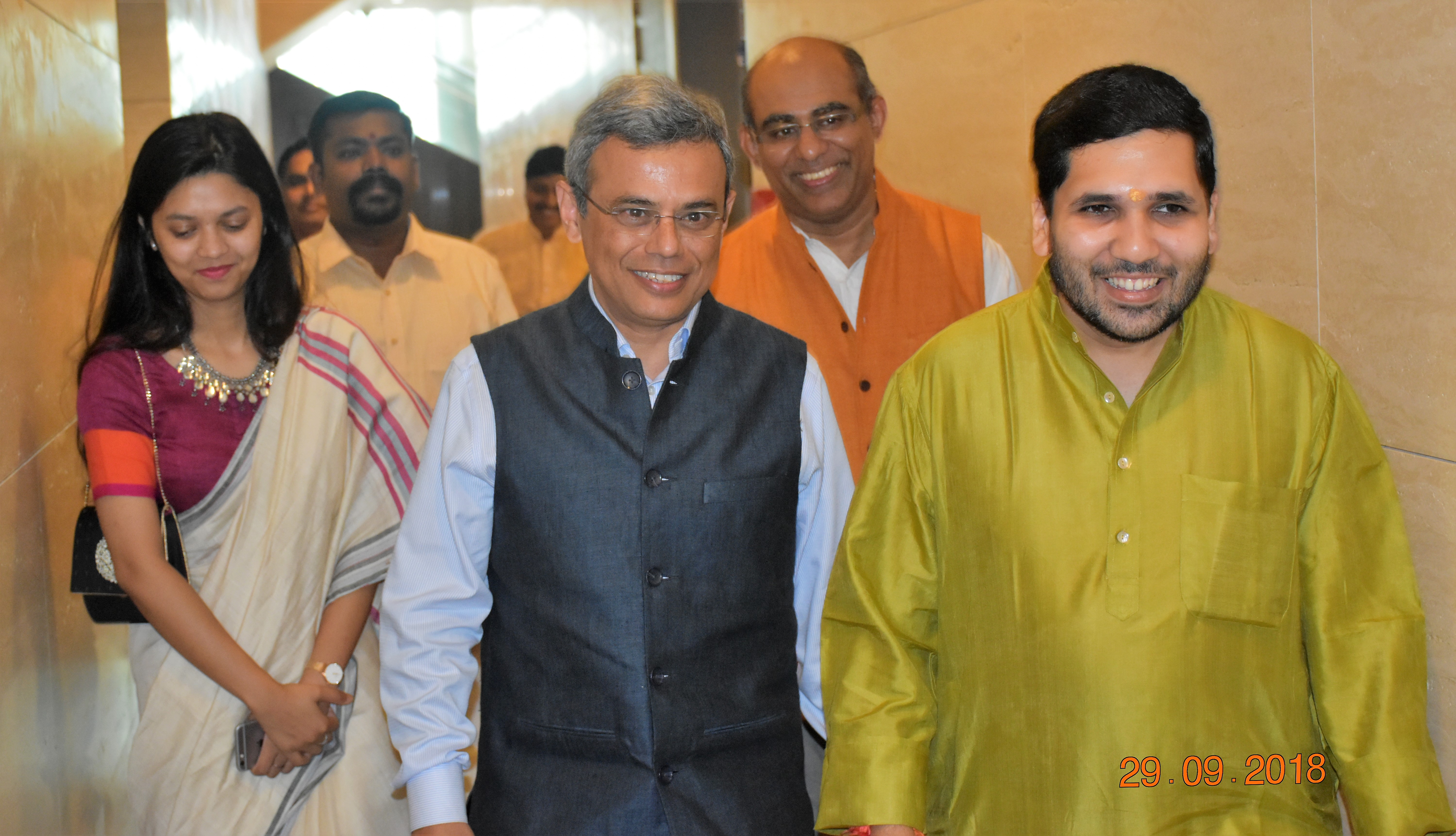 “The universality of Swami Vivekananda’s teachings holds great relevance in the modern world. Right from his youth, deep in his heart Swami Vivekanand had the pulsating energy of Sanatan Dharma, philosophy and eternal values,” said an official statement. “Swami Vivekananda inspired millions of people to come out of the darkness of ignorance and enlightened the path of our society through his thoughts, teachings and life.”

The event commenced with a welcome note by VSS Secretary Yashovardhan Joshi who introduced distinguished guests and speakers in attendance, including HE Jawed Ashraf, High Commissioner of India, Singapore, Swami Samachittananda, the president of Ramakrishna Mission Singapore and Arvindan Neelkandan, a noted thinker and author from Nagaecoil, Tamil Nadu. 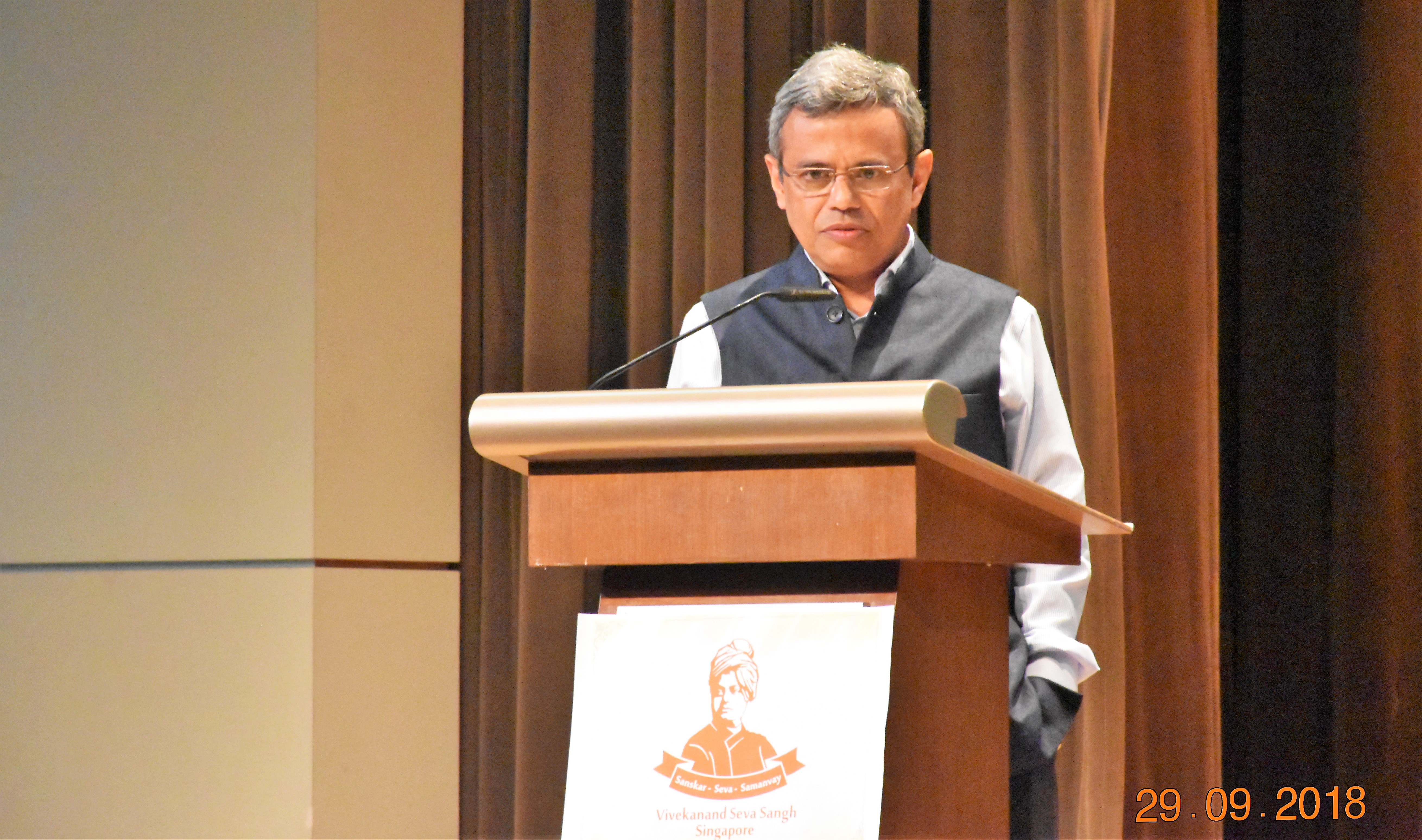 During his address, HE Ashraf talked about a comprehensive understanding of Swami Vivekananda’s Views on Indian Ethos and it’s Relevance in today’s society. He dwelt upon how “Swami Vivekananda’s philosophy of Inclusiveness and Truth from Vedanta, reflected in all his teachings, are eternally applicable to attain the concept of a spiritually integrated Asia. Our great tradition sees divinity in every animate and inanimate being and teaches us to look at everything from within, not from transient sensations from outside. It is a way forward to revive this spirit to deal with today’s monumental challenges such as terrorism and climate change.”

Swami Samachittananda spoke about how Swami Vivekananda worried for all human beings and all his teachings were meant to mend the minds of people and redefine societal thinking with spirituality. Sharing archive photographs of Swami Vivekananda with the gathering, he concluded, “Swami Vivekananda was the Son of India, Pride of Asia and Man of the World. May we all remain perpetually inspired and motivated by the foremost teaching of Swami Vivekananda; that renunciation is your effort to go higher and service is the only way of life.” 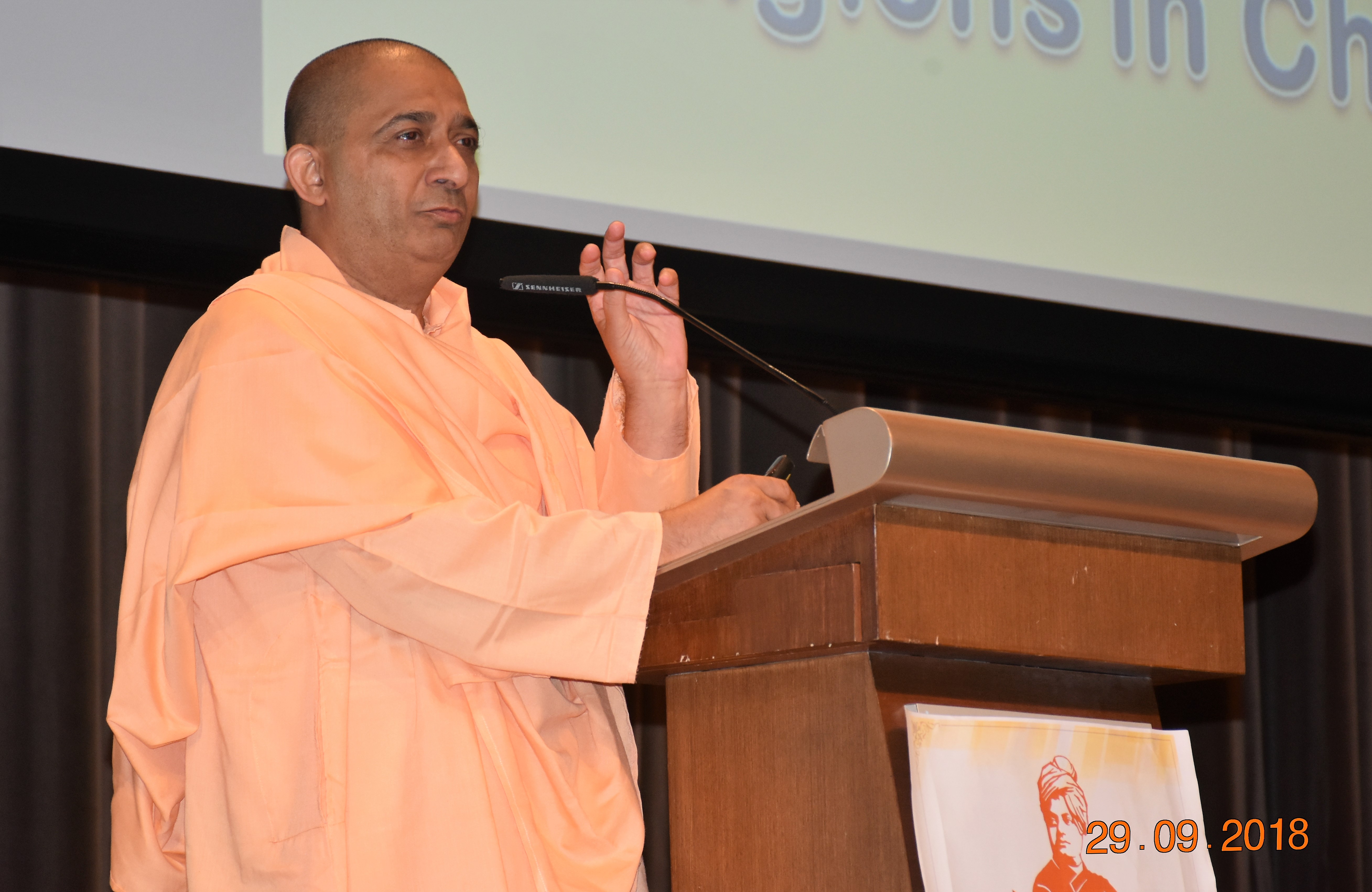 Neelkandan helped the participants to unravel insights into the scientific thoughts of Swami Vivekananda and brought forward informative aspects of this complex topic. He helped the audience decipher the deep thinking behind Swami Vivekananda’s writing on scientific study and impact of science on religion, his outlook on evolution relating to Indian knowledge of ‘Unity’ and ‘Advait’, his vision on ‘Mind and Matter’ and other philosophies and musings.

VSS carries out multiple activities to spread Swami Vivekananda’s thoughts and teachings. One of the key programmes is a weekly family get-together which includes programmes for physical, intellectual, mental and spiritual development of individuals. 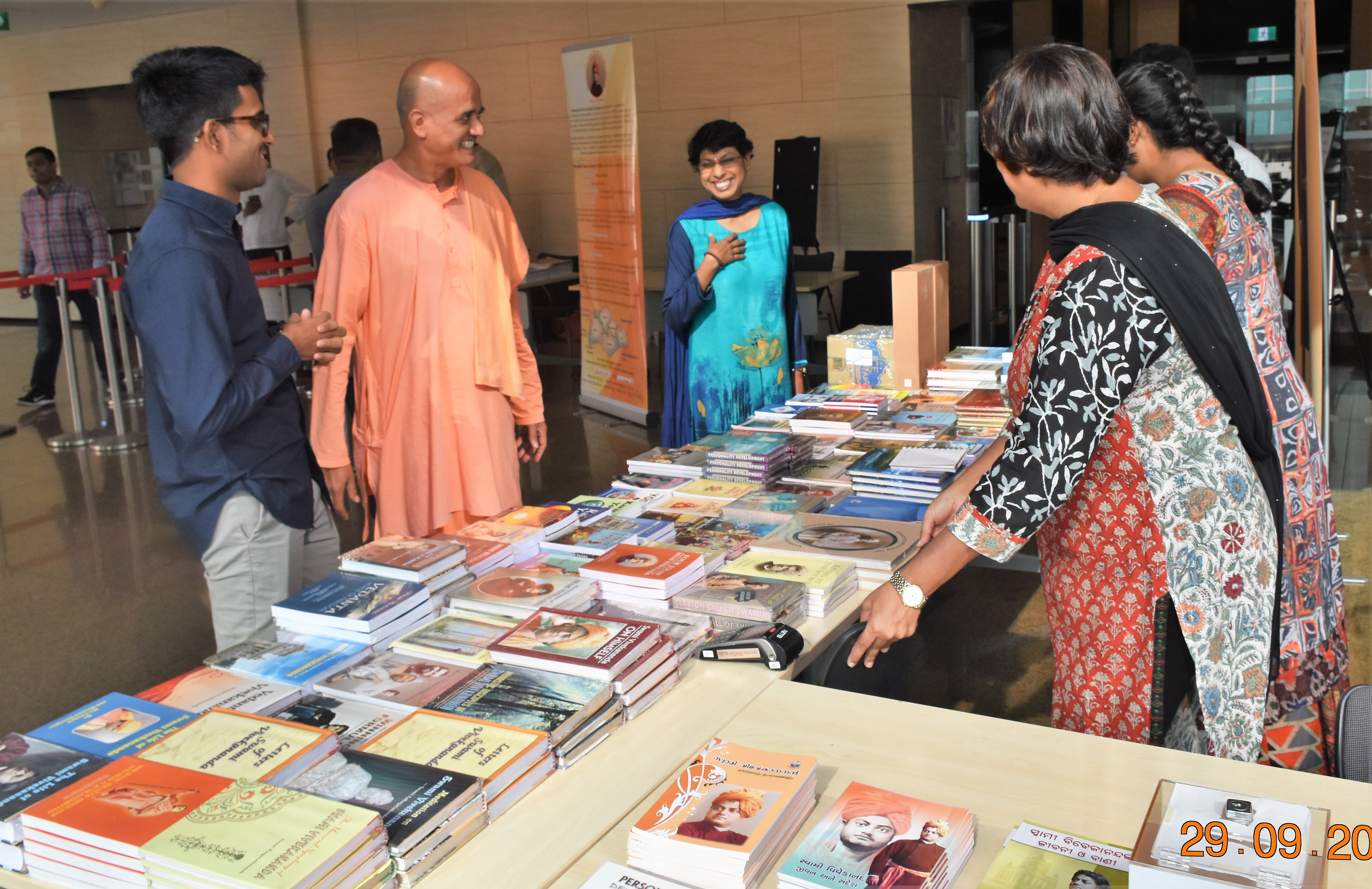 Another flagship event is the Indian Traditional Games Festival (ITGF) which happens on the occasion of Indian New Year; this event has grown from strength to strength. During every ITGF people play traditional games, elders get nostalgic and youngsters get introduced to their own heritage. VSS also intends to commemorate Swami Vivekananda’s Chicago speech every year, starting with this seminar celebrating the 125th anniversary of Swami Vivekananda’s Chicago speech.

Ramakrishna Mission Singapore is a branch of the Ramakrishna Order of India, a worldwide spiritual and welfare organisation. The centre bases it’s teachings on the System of Vedanta, which combines both the religion and philosophy of the Hindus, especially as explained by Sri Ramakrishna (1836-1886), his wife Sarada Devi and his disciple Swami Vivekananda (1863-1902).