The global position of Singapore has improved further as it has ranked sixth in the annual ranking of countries that are considered least corrupt in 2017, moving up a notch from seventh position in 2016. However, the news is not good for India as its position has slipped globally to 81 among a group of 180 countries.

The Corruption Perception Index 2017 prepared by the famed Transparency International has given a score of 84 to Singapore.

The index, which measures perception of corruption in the public sector, uses a scale of 0 to 100, where 0 is highly corrupt and 100 is very clean. The ranking is also based on 13 surveys covering expert assessments and views of business people. 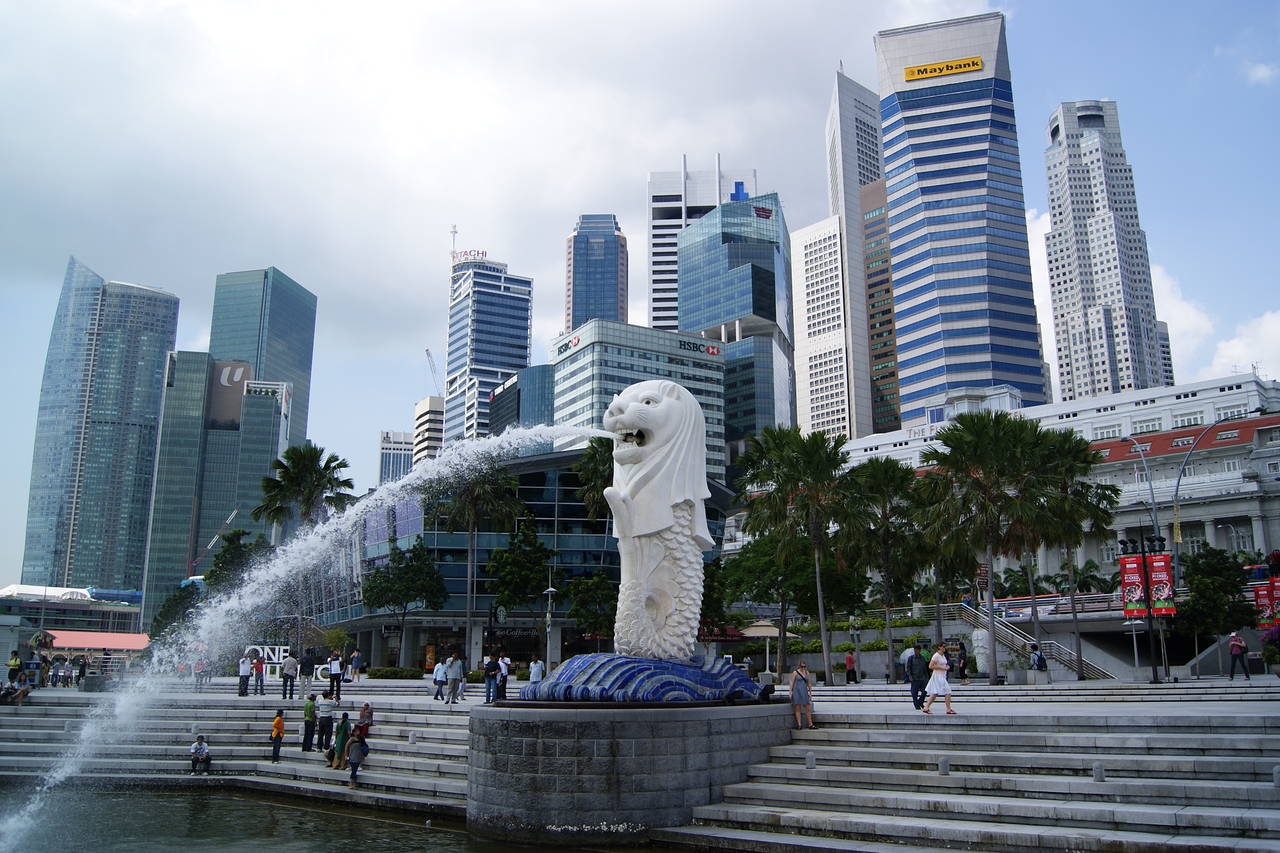 Corruption Perception Index 2017 of Transparency International has given a score of 84 to Singapore. Photo courtesy: gov.sg

In the Asia Pacific region, Singapore was second to New Zealand, which ranked first as the least corrupt country with a score of 89 points.  The next highest scores in the region were given to Australia and Hong Kong, which tied at 13th place, Japan at 20th place and Taiwan at 29th.

At the top of the table were Nordic countries including Denmark in second place, Finland and Norway tied for third with Switzerland, and Sweden in sixth alongside Singapore. 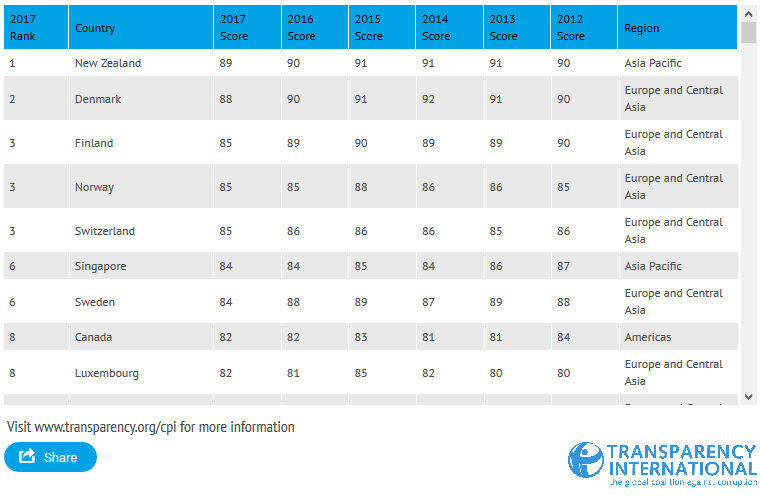 However, the countries that have slipped in the worldwide ranking, include Syria - whose civil war will enter its eighth year in March - and Yemen, where fighting has raged for more than three years.

Somalia was the worst performer, ranking last among the 180 nations listed, below South Sudan, Syria, Afghanistan and Yemen.

However, the main concern was for India, whose position has slipped to 81, though the country has taken various steps to eradicate corruption, including demonetisation and introduction of GST.

Moreover, the Corruption Perception Index 2017 also singled out India as one of the “worst offenders” in the Asia-Pacific region. In 2016, India was in the 79th place among 176 countries. India’s ranking in the index had plummeted in 2013 and 2014 in the wake of the 2G spectrum and coal scams. The ranking has improved since then but seems to be showing signs of weakening once again.

Transparency International said the results from the 2017 index show that corruption in many countries is still strong. In some countries across the Asia-Pacific region, journalists, activists, opposition leaders and even staff of law enforcement or watchdog agencies are threatened, and in worst cases, even murdered, the report stated.

“Philippines, India and the Maldives are among the worst regional offenders in this respect. These countries score high for corruption and have fewer press freedoms and higher numbers of journalist deaths,” it added.