Singapore President Halimah Yacob and Minister-in-charge of Muslim Affairs Masagos Zulkifli expressed concerns about an online poll sexualising female Muslim religious teachers which is being investigated by police, according to reports. 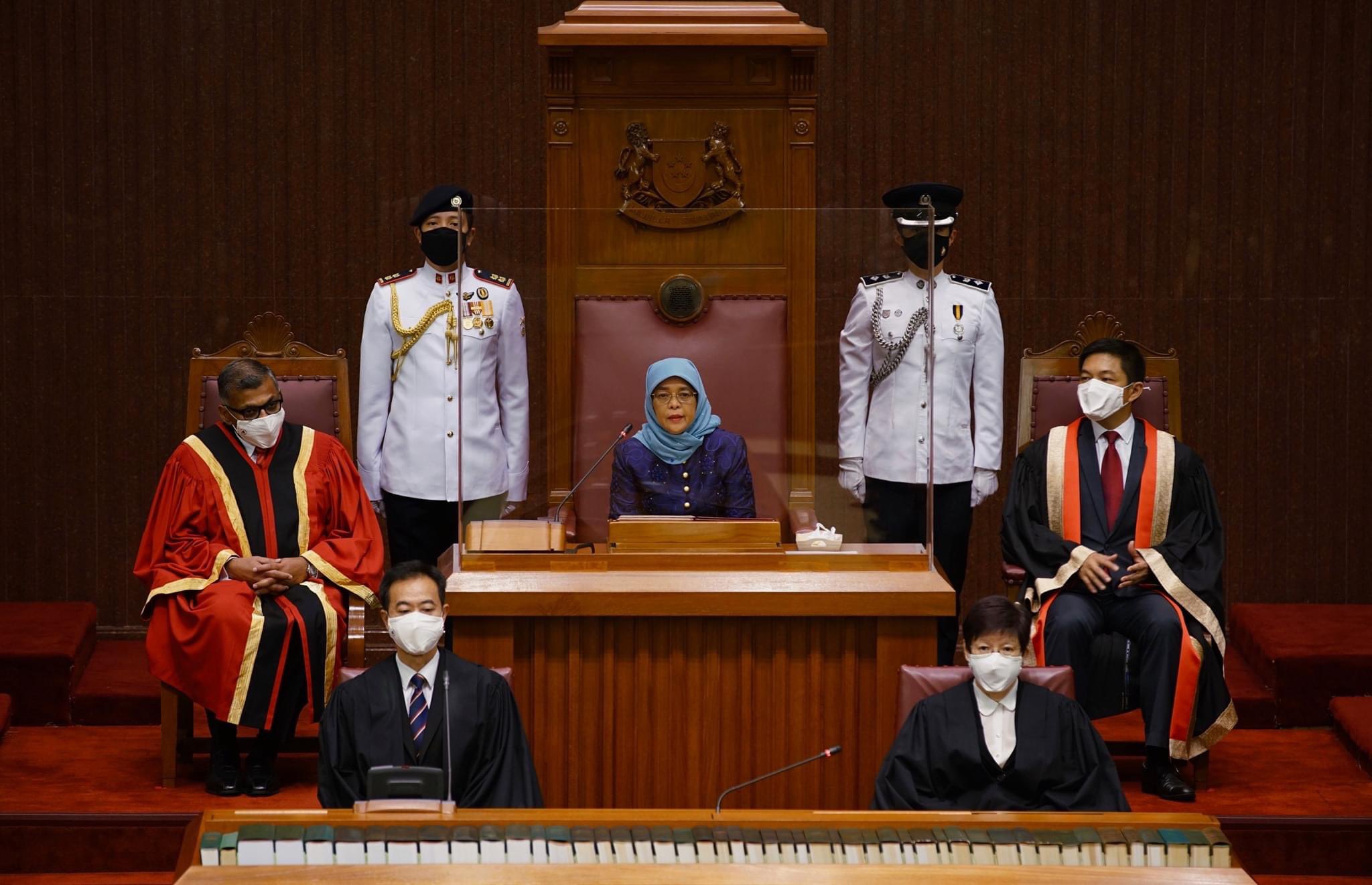 Addressing allegations online that among those who participated in the poll were people studying to become religious teachers, Halimah said the community has to "seriously consider whether they are fit to preach in the community once they complete their studies". Photo courtesy: Twitter/@shewhoguides

In a Facebook post, the President said, "Is there no limit to how low some will stoop to degrade and defile women? Not only those who conducted the (online) poll but those who participated in it also deserve our strongest condemnation. MUIS (Islamic Religious Council of Singapore) and the police should fully investigate this and punish those found guilty. This is not just the worst kind of harassment that is against our law but amounts to an open invitation to commit sexual violence against women."

Addressing allegations online that among those who participated in the poll were people studying to become religious teachers, Halimah said the community has to "seriously consider whether they are fit to preach in the community once they complete their studies".

"We must not allow the anonymity of the web to embolden those who wish to abuse, denigrate and violate women," she said.

The Singapore Police Force yesterday said it has received a report about the poll and investigations are ongoing.

In response to media queries, MUIS described the poll as "demeaning and insulting the modesty of some female religious teachers". It has caused immense distress to those named, said the state-run authority on Muslim affairs.

MUIS said it will not tolerate any form of sexual harassment, describing such behaviour as "an abomination in our religion" and "a disgrace to the Muslim community".

"Our faith calls for mutual respect at all times and emphasises with utmost importance the need to safeguard the honour and modesty of all members of the society," the council added.

He also addressed the claims that those behind the poll are Islamic studies undergraduates.

"If the allegations are indeed true, these perpetrators must be dealt with to the full extent of the law for demonstrating such deplorable behaviour," said Masagos, who is also the minister for social and family development.

"I am heartened that many have already spoken out against this appalling incident. But we must deal with it as a civil society by the rule of law. We must continue to be a society that honours our women, instead of denigrating them," he added.

The issue came to light after Ustaz Muhammad Zahid Mohd Zin, a popular local religious teacher, said on his Instagram account that he was shocked when he received a "distress call" from a female religious teacher about the poll.

Accompanying the post was a picture of the poll ranking at least 12 women, with their names and faces censored.

"Who did this must be held accountable," Ustaz Zahid wrote.

One female religious teacher, Ustazah Fatin Afika, shared on her Instagram account that some of the images shared in the group were from "Islamic-related videos".

The incident also drew condemnation from the Singapore Islamic Scholars and Religious Teachers Association (PERGAS), which said all "sexual harassment, abuse and objectification" was "haraam" (forbidden).

In a video on social media, PERGAS acting chief executive Mohamed Qusairy Thaha said it is pursuing the matter and intends to "provide as much assistance as possible" to the victims.

In a Facebook post, the Association of Women for Action and Research (AWARE) said it was "troubled by the demeaning and misogynistic social media poll" about the female religious leaders.

Muslims form the second largest group, led by Malay origins, who account for 15 per cent of the 5.7 million population of multi-national Singapore.

The Chinese account for 76 per cent, Indians 7.5 per cent and the rest are of other origins.