According to media reports, Ngee Ann Polytechnic (NP) in Singapore said it is planning to fire the senior lecturer who was recorded making racist remarks against an Indian-Chinese descent couple. 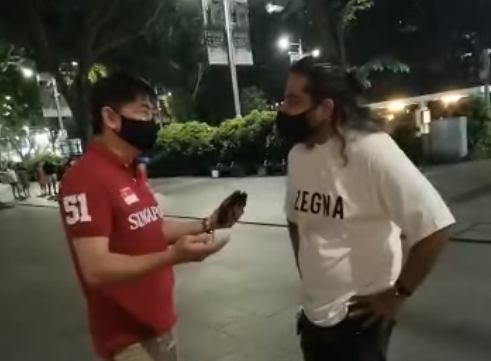 The polytechnic said it is in the process of sacking senior lecturer Tan Boon Lee for serious misconduct after a video posted on June 6 of Tan making racist remarks to an interracial couple in Orchard Road went viral online.

In the video, Tan is seen arguing with 23-year-old Dave Parkash, a Singaporean who is half-Indian and half-Filipino, about dating a woman who is half-Chinese and half-Thai.

He also accused Parkash of being racist for not "marrying" an Indian girl and claimed that "Indians prey on Chinese girls".

In a related incident, NP (polytechnic) alumna Nurul Fatimah Iskandar in an Instagram post three days later alleged that Tan had made Islamophobic comments in a class in 2017.

The polytechnic said it decided to sack Tan after completing its internal investigations into both incidents. It has charged the lecturer at the School of Engineering with a serious breach of its staff code of conduct, and "is proceeding to terminate his service".

The Singapore Police are investigating both incidents.