Singapore Police carried out enforcement operations against liquor outlets in Little India. It was found that out of 18 liquor outlets inspected, 10 were caught selling alcohol during restricted hours.

Three of those outlets were repeat offenders. To check the trend, Singapore Police have issued advisory stickers to the liquor outlets. 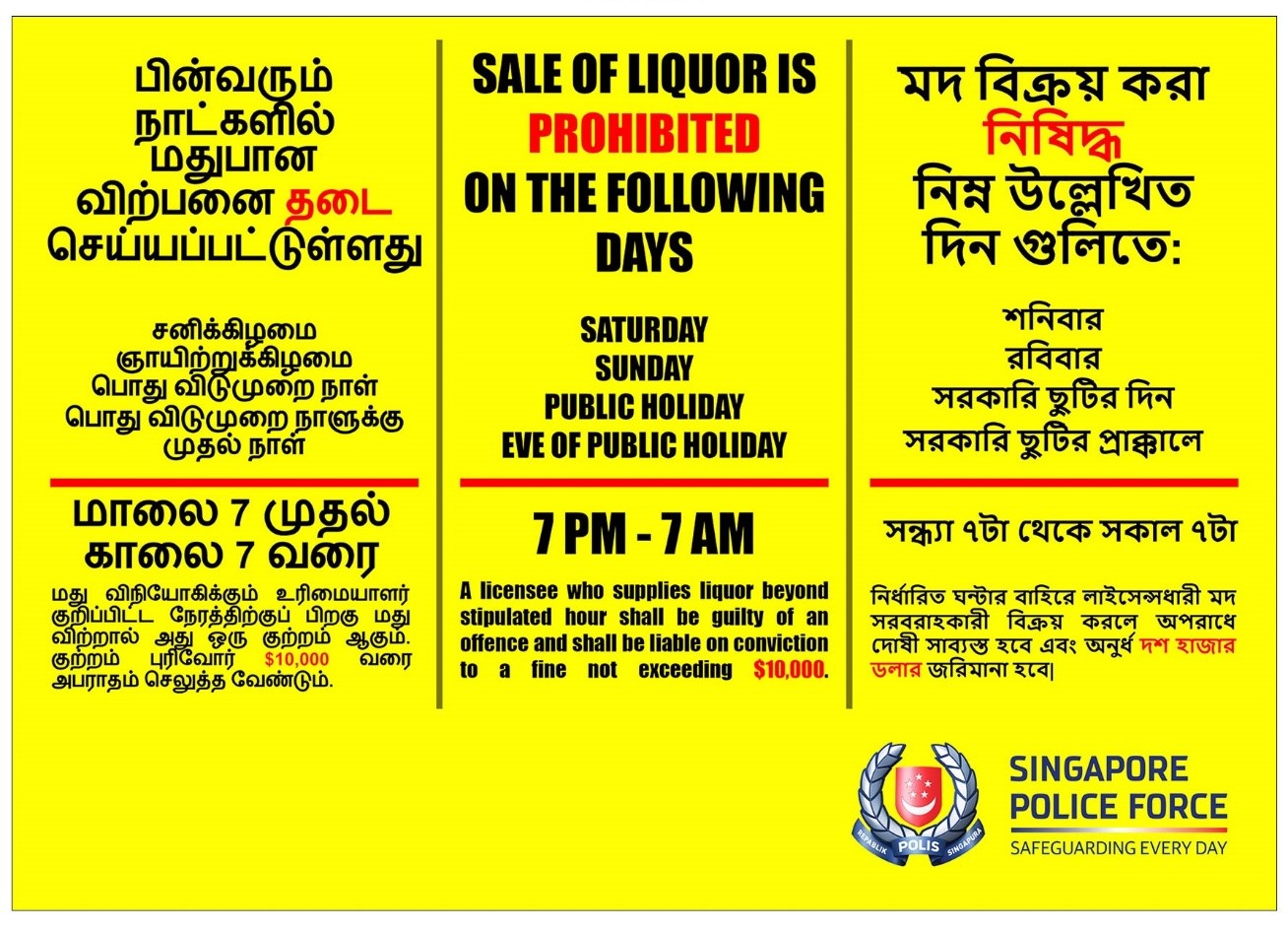 Advisory stickers issued by Singapore Police remind owners and members of the public that the sale of liquor is prohibited during restricted hours. Photo courtesy: Singapore Police

Investigations into the errant liquor outlets are ongoing. 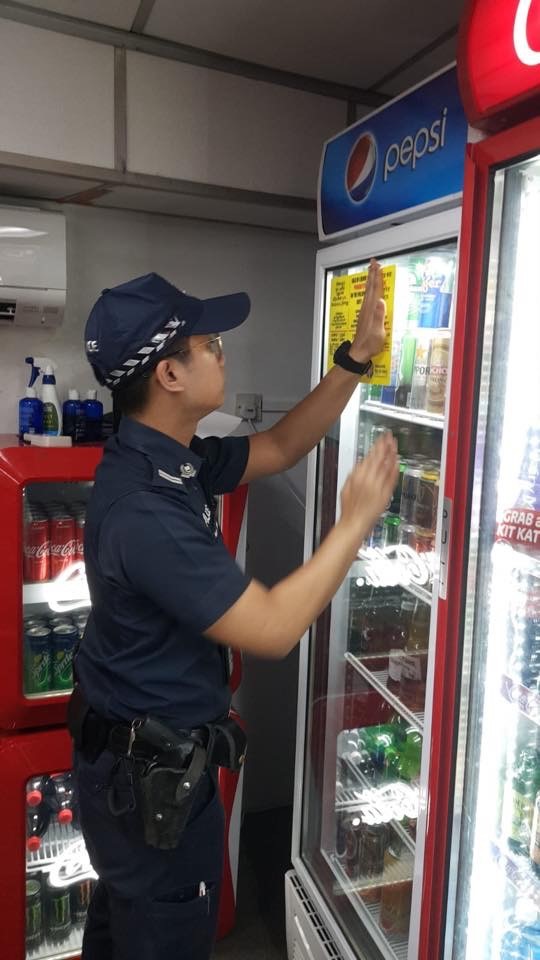 Singapore Police have issued advisory stickers to liquor outlets in Little India to remind owners and members of the public that the sale of liquor is prohibited during restricted hours.

“Actions will be taken against the operators for flouting the rules and regulations under the Liquor Control Act. The Police takes a serious view of operators found breaking the law and will continue to take tough enforcement stance against such activities,” said Singapore Police in the release.

It is noteworthy that the Liquor Control Act which came into force in April 2015, prohibits the sale of liquor at retail outlets and consumption of liquor in public places between 10.30pm and 7am daily.

In addition to this, there are stricter rules for Geylang and Little India, which are designated Liquor Control Zones. Retailers there cannot sell alcohol from 7pm on Saturday to 7am on Monday.