As the year ends and  with Christmas week, Singapore Police Force (SPF) have released a music video wishing all citizens Merry Christmas and a Happy New Year.

Extracting precious time from their busy schedules, Singapore’s men and women in blue collaborated and created a wonderful video surprising even the netizens at the music talent of the officers. 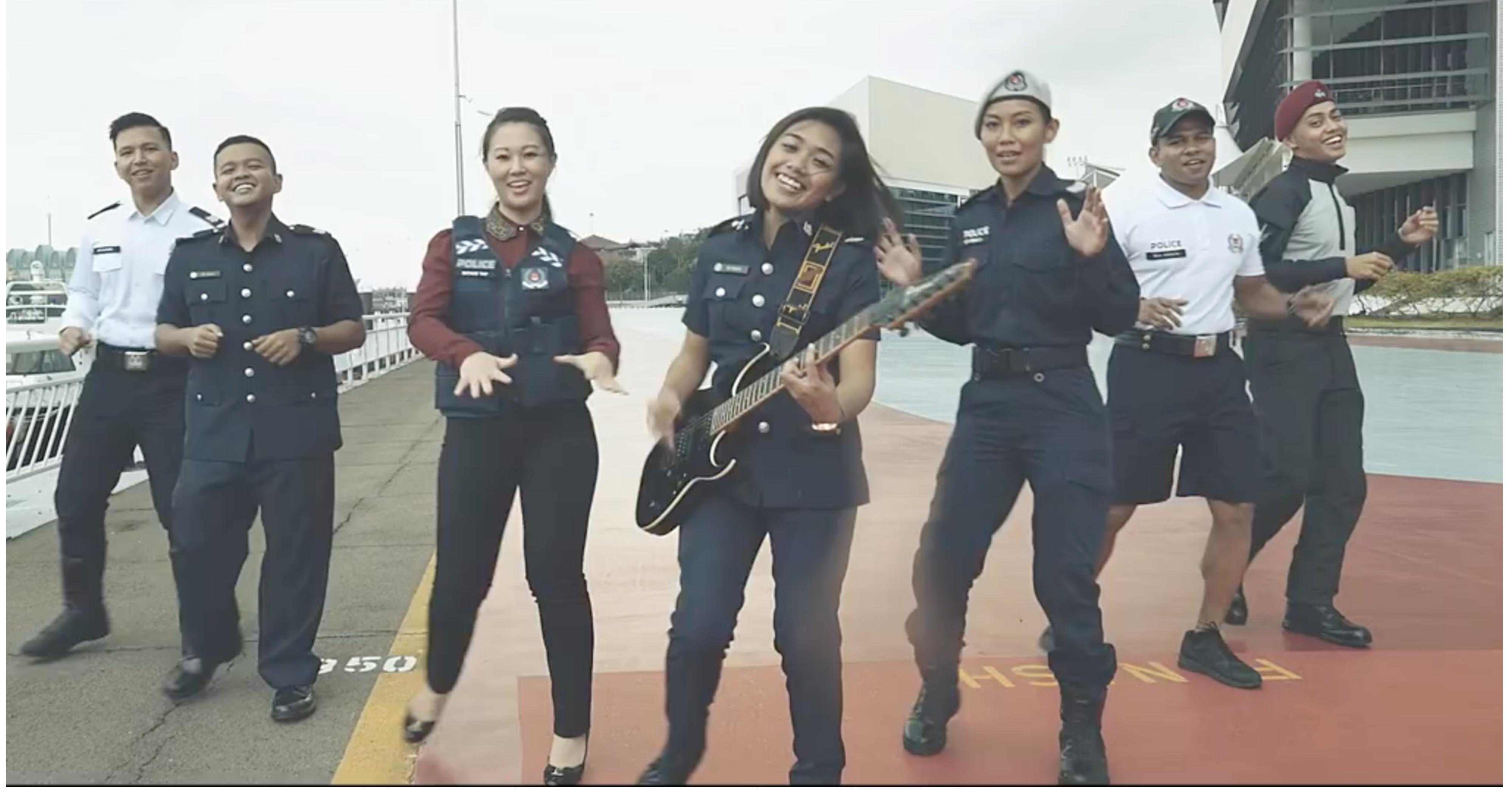 Officers donning different uniforms are all smiles as they dance and sing alongside one another, with the appearance of a few electric guitarists and a drummer in the music video.

The music video features SPF’s take on the classic song, Auld Lang Syne. This is traditionally used to bid farewell to the old year. It features some distinctive modern Christmas imagery such as the Christmas tree.

“The Singapore Police Force wishes everyone a Merry Christmas and a wonderful New Year! And, as always, remain vigilant and safe,” said SPF in the Facebook post.

“We thank you for your support in 2018. We look forward to our continued partnership to keep our home safe and secure. We send our warmest greetings of the season through this music video that is performed by our officers, from across all the different police vocations,” it added.

The public affairs department of Singapore Police Force has created this video. The music was arranged and recorded by the SPF Band.

A total of 60 officers, who are mainly from the police band, as well as others from various vocations helped bring the video to life. About 50 of them were featured on screen and the remaining 10 officers worked behind the scenes.

Singapore Police Force have also lit up Deepavali festivities with the release of a music video in which police officers were seen singing and dancing to a remised Tamil song.

They also released videos for Chinese New Year and Hari Raya Aidilfitri earlier in the year.