Singapore Police have arrested seven men today alleged to be involved in an attack on a 27-year-old man at Serangoon Road in Little India.

The police informed that the suspects, aged 17 to 28, were arrested near Corporation Road in Jurong and Block 26 Sin Ming Industrial Estate. 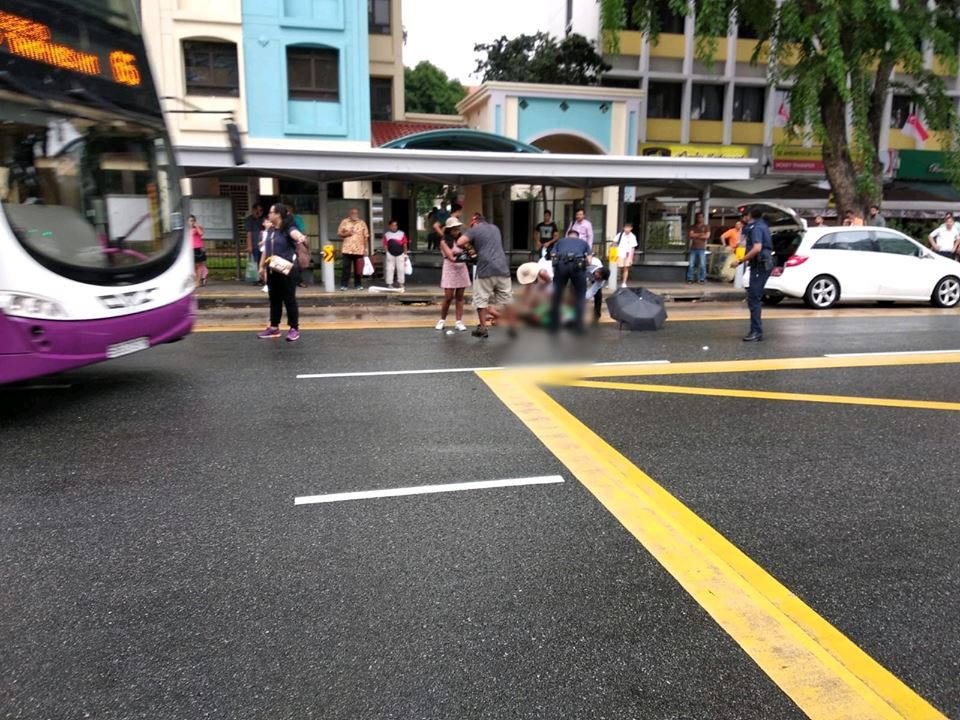 The place at the Serangoon Road in Little India where a 27-year-old man was attacked. Photo courtesy: Facebook page of KP Lau

It is being alleged that the suspects  slashed the victim on the back of his head, body, hands and legs with a kitchen knife and a samurai sword in Little India yesterday.

Later, the suspects fled in car, leaving the victim in a pool of blood, lying on the leftmost-lane of the four-lane Serangoon Road.

The victim was taken to Tan Tock Seng Hospital with serious injuries, including wounds on the back of his head, arms and legs. 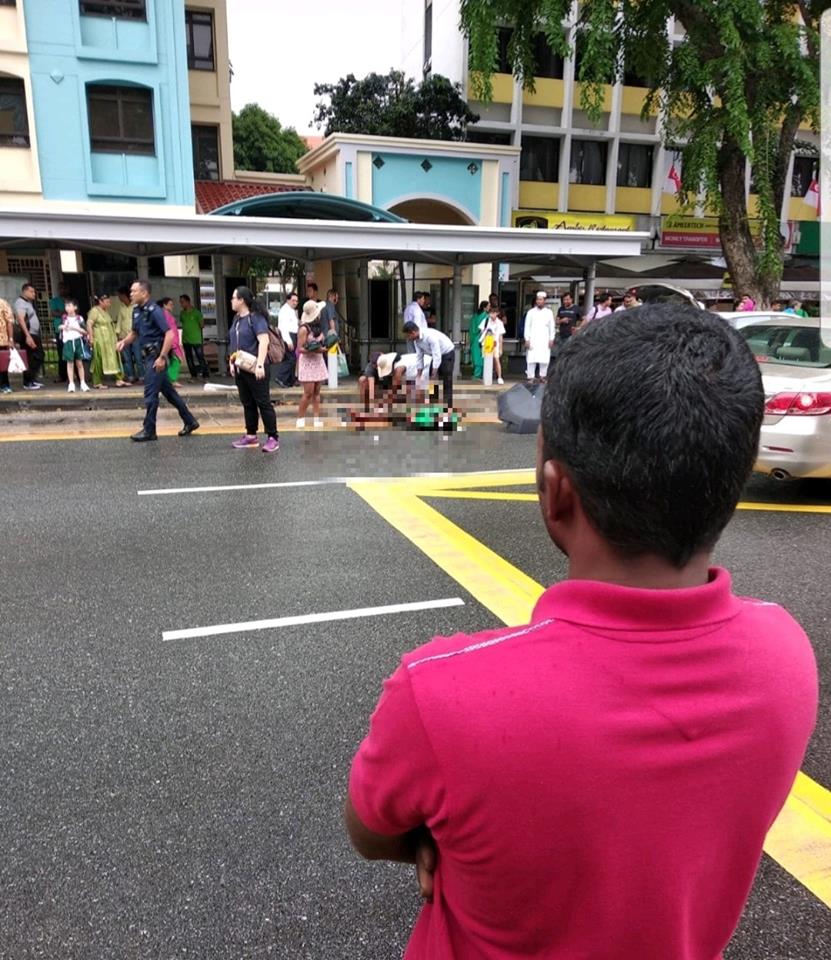 The victim was inflicted with serious injuries on the back of his head, arms and legs. Photo courtesy: Facebook page of KP Lau

Various photos emerged on social media showing a man lying on the road with police officers at the scene.

A person took a first-aid kid to the scene, and two people with medical knowledge assisted until an ambulance arrived.