This Boxing Day, he joined the rest of the island in the excitement over the rare "ring of fire" annular solar eclipse that happened on the afternoon of December 26.

"Like many others across the island, I ventured out to Gardens by the Bay to watch the spectacular annular solar eclipse today," he wrote in a Facebook post. Despite the skies being a little cloudy, the sun (and moon) peeped through at the critical moment. 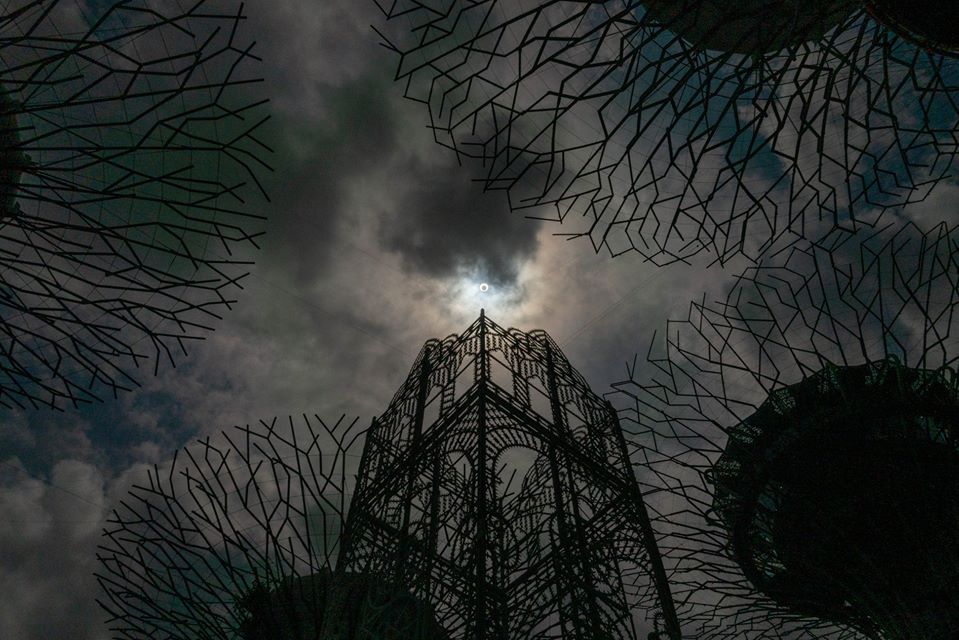 While PM Lee did not specify the camera he used, he noted the settings that he deployed for the photo.

"My camera had a built-in neutral density filter, which I turned on to protect it from the powerful light from the sun," he said.