Highlighting the multi-cultural nature of the city-state, Singapore Prime Minister Lee Hsien Loong wore an immaculate white turban at the inauguration of a gurdwara and greeted the community members in perfect Punjabi, saying "Sat Sri Akaal". 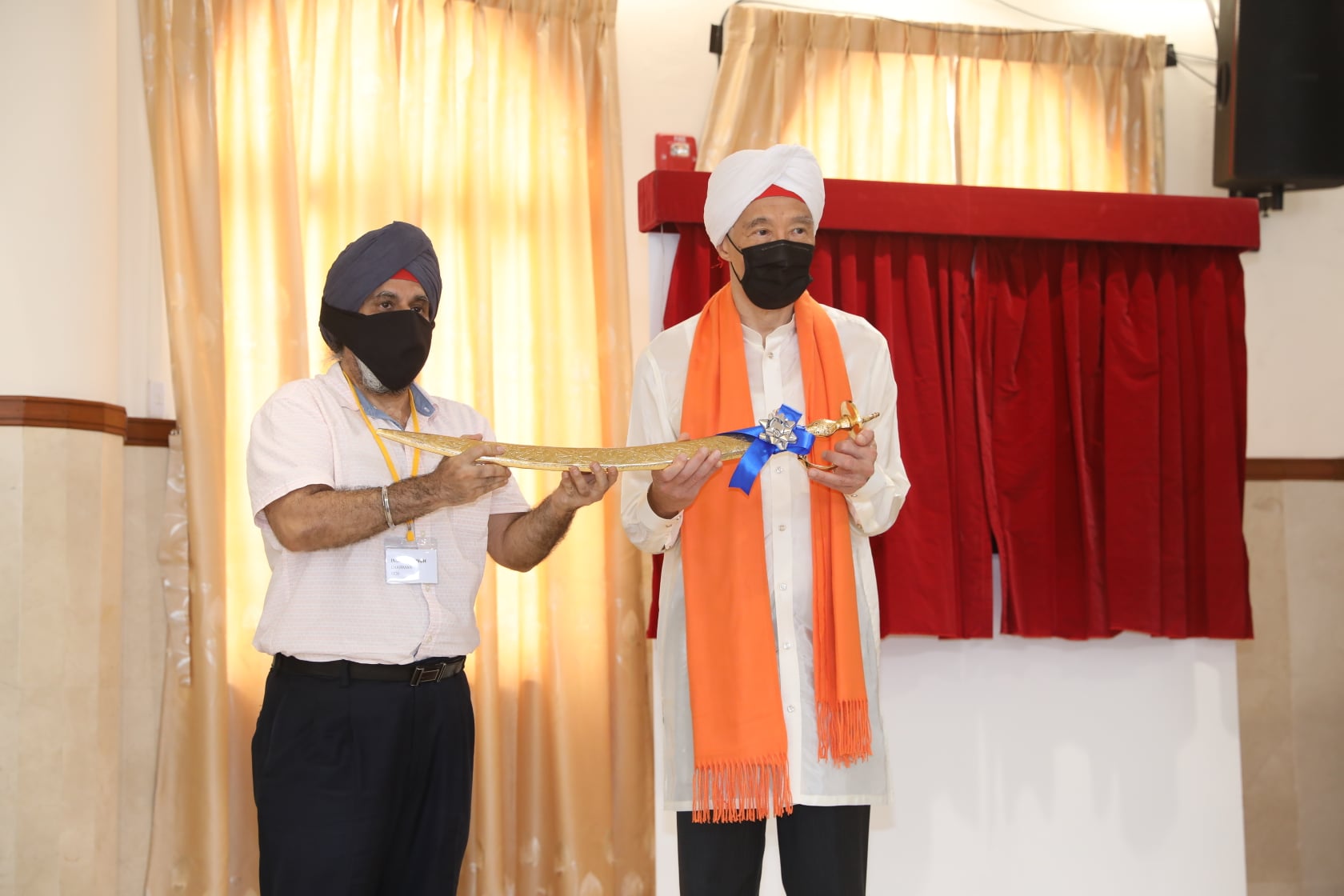 The Silat Road gurdwara is a shining icon in the multi-religious landscape of Singapore, the prime minister said. Photo courtesy: Facebook/Lee Hsien Loong

Speaking at the inauguration of the Gurdwara at Silat Road, he praised the Sikh community for their contribution in mitigating the disruptions caused by the pandemic.

He said the gurdwaras in Singapore rallied members to help those in need during this difficult period, regardless of race, religion, or background. The Silat Road gurdwara is a shining icon in the multi-religious landscape of Singapore, the prime minister said.

"Our gurdwaras help preserve the Sikh culture and traditions in Singapore, while fostering mutual appreciation and respect across all other groups, and promoting religious harmony and multiculturalism, and thus they bring Singaporeans together, to support one another as one united people," he added.

The gurdwara was renovated during the pandemic when Sikh leaders helped worshippers adjust to disruptions caused by the pandemic by innovating and using technology to adapt to the "new normal". The gurdwara started live-streaming services of congregations for devotees and the Coordinating Council of Sikh Institutions commissioned a task force called 'Project Akaal' to provide support for mental health within the Sikh community.