Poet, playwright, lyricist and, incidentally an investment professional, Tanuj Khosla is set to make his stage debut in India’s capital. 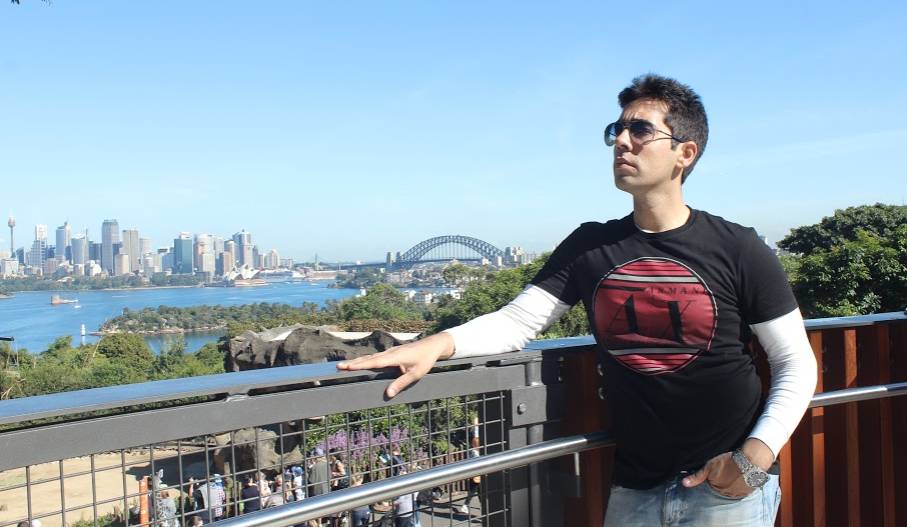 Tanuj has written plays which have been staged and nominated for awards in Singapore, Sydney, Toronto and Mumbai. Photo courtesy: Tanuj Khosla

His latest Hinglish play, titled Family + Admission Planning, will be performed by the popular  Pierrot’s Troupe at the LTG Auditorium in Mandi House, New Delhi on March 9.

“Most Asian families still prioritise education and grades over everything else. This play is a satirical take on what lengths a career-driven ambitious couple goes to in planning to get their unborn or rather 'yet to be conceived' child admission in a top school in Delhi where school admissions is a harrowing experience for pushy and paranoid parents,” said Tanuj, adding, “While this play is set in Delhi, I think it can be adapted for most Asian cities and the audience will identify with the characters.”

The play is a spoof on parents’ ambitions for their children and a hilarious take on the issue of planning ahead.

The cast features some of the prominent theatre actors of India, including Shubham Gaur and Sushila Anand and has been directed by Dr M Sayeed Alam, the founder of Pierrot’s Troupe.

On being asked how Pierrot’s Troupe picked up his script, Tanuj said, “Dr Alam and I were in talks for a while and were exploring various themes on which we could make a new play. One thing that I was very clear on was that it has to be a contemporary play on a topic that can have mass resonance with the audience. Finally, we zeroed in on this. I wrote the script and sent to him and the rest, as they say, is history.”

Tanuj has written plays which have been staged in Singapore, Toronto and Mumbai and he has been a trilingual (English, Urdu and Hindi) poet and lyricist since childhood. His comedy plays are derived from his observations of the world around us, he says and lists Roald Dahl and Alfred Hitchcock as writers whose style has influenced his suspense and thriller writing.

“I just want the audience to have a good time. Hopefully, the comic content of the play shall make them forget their worries in the outside world for those 70 minutes,” he said when asked about what he hopes will be the takeaway for the playgoers.