Singapore plans to usher in 2018 with beautiful symphony of music, light projections and fireworks

Singapore has geared up to welcome 2018 with a flurry of activities. More than 350,000 people are expected to turn up at the upcoming Marina Bay Singapore Countdown 2018 which will be the largest gathering in the Lion City. The event is being organised by Urban Redevelopment Authority (URA).

There will be a visual extravaganza on New Year’s Eve as Singaporeans will be treated to one-minute firework displays punctuating each hourly light projection show for the first time.  In the minutes leading up to midnight, a final facade show will lead up to a special countdown sequence that invites everyone around the bay to collectively count down to the arrival of the New Year. 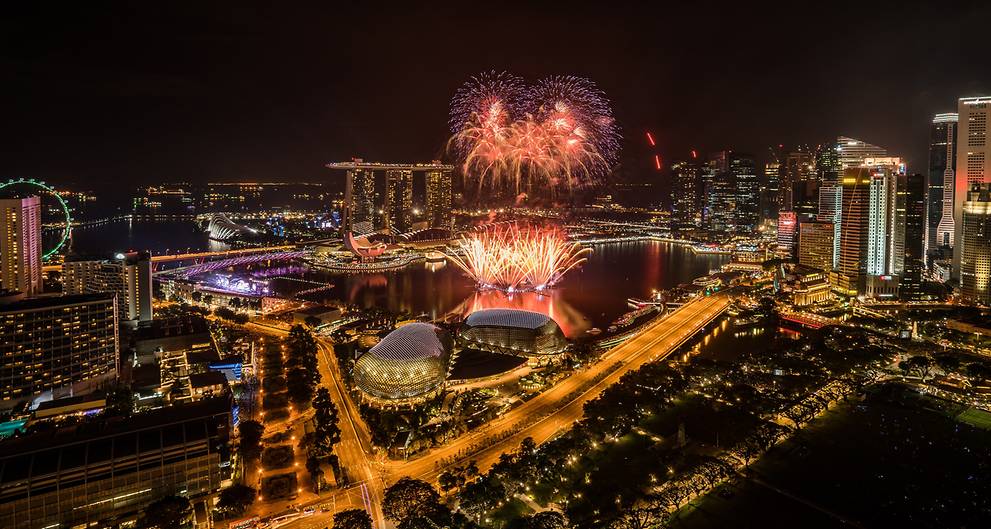 Get ready for the visual extravaganza which will be unfolded on the skyline of Singapore as the country is set to welcome the new year 2018. Photo courtesy: Facebook

2018 will be ushered in by a spectacular six-minute midnight firework display set up in a linear configuration across a larger area of the bay for the first time, bringing the fireworks closer to revellers around the bay for an enhanced viewing experience. Accompanying the fireworks is music specially choreographed by local composer and music producer Mr Bang Wenfu.

There will be more light shows at various places. The facade of ‘The Fullerton Hotel’ will be transformed into a canvas for light projection displays from December 26 to 31. Designed to the theme of Marina Bay Singapore Countdown 2018 – ‘Bay of Hopes and Dreams’ – the light projection show will illustrate the journey of the “Fullerton Postmaster Bears” overcoming challenges in a light-hearted storyline.

The five-minute facade shows will take place half-hourly from 8pm. In between each light projection show, the public can also look forward to the display of selected New Year wishes on the hotel façade.

Joining in the light projection spectacle for the first time, the Merlion and ArtScience Museum will also see a spectrum of projected patterns and colours dance across their facades. Synchronised with the façade show at The Fullerton Hotel Singapore, the light projection shows on the Merlion and ArtScience Museum will be shown from December 29 to 31. 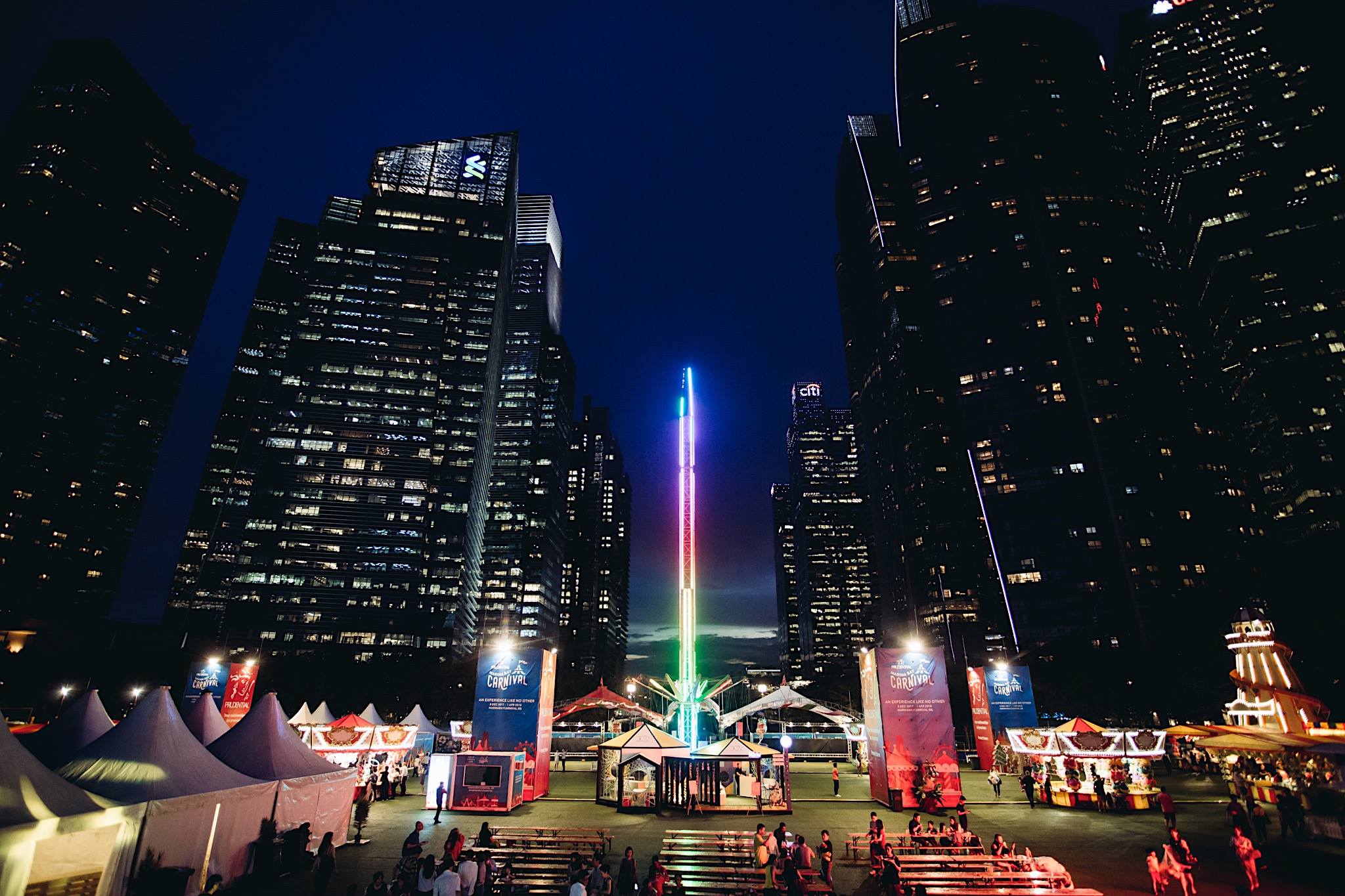 The New Year extravaganza will feature a host of activities spread across four activity hubs in Singapore. Photo courtesy: Facebook

This year’s countdown will also feature a host of activities spread across four activity hubs. These will be at The Float @ Marina Bay where the public can enjoy the fireworks as well as shopping, the Promontory and the Bayfront Event Space for the Prudential Marina Bay Carnival and the adjacent Civic District, which will be turned into a car-free zone.

Besides the crowd-favourite light projections and fireworks, the public can also enjoy a myriad of programmes hosted at four experiential activity hubs across Marina Bay and the Civic District on New Year’s Eve.

At The Float @ Marina Bay, revellers can enjoy a fireworks viewing experience, shop for F&B and lifestyle products at the outdoor bazaar, or enjoy a picnic while revelling in the visual displays. 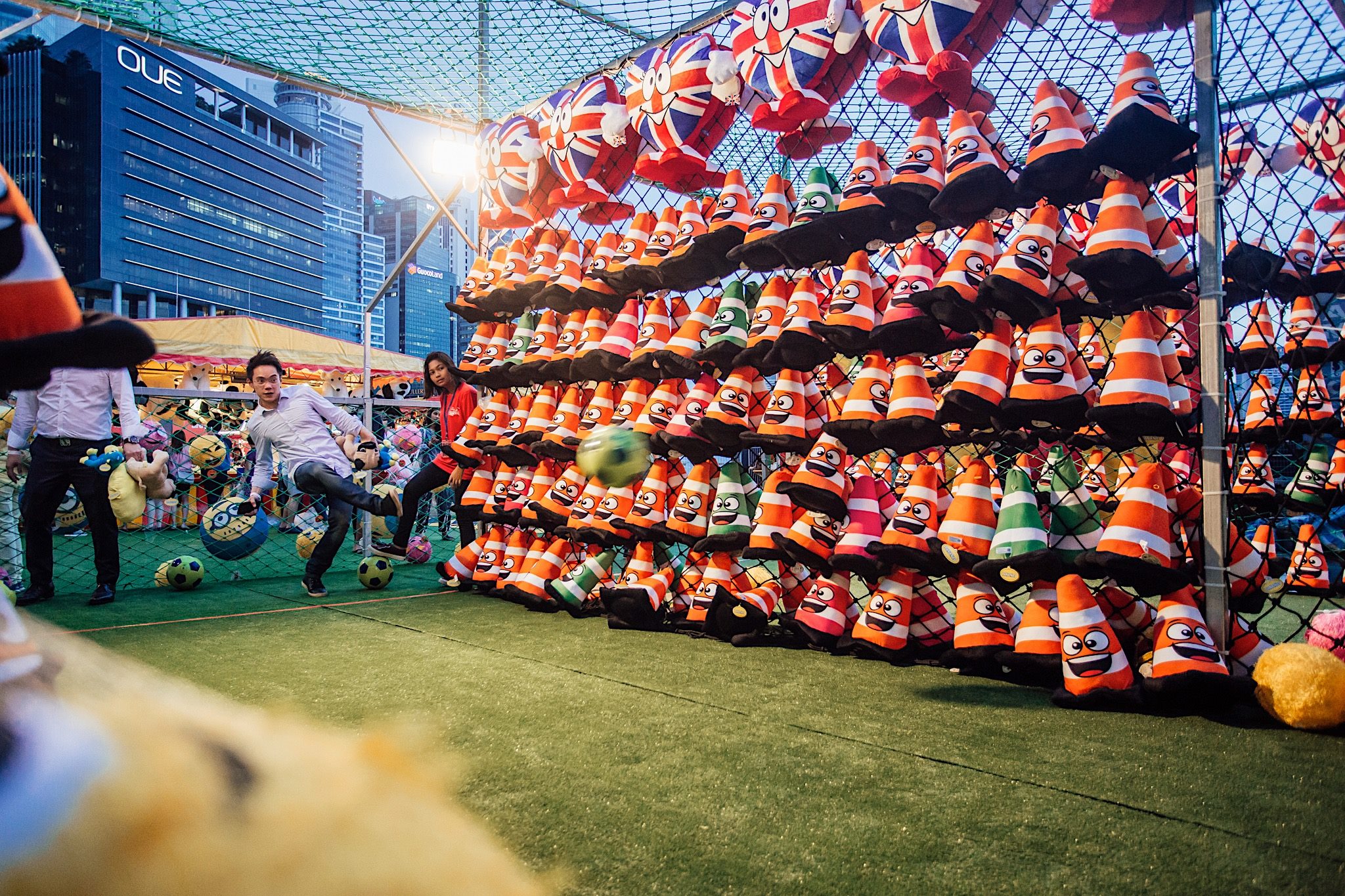 There are over 40 rocking rides and games spread over The Promontory@Marina Bay and Bayfront Event Space. Photo courtesy: Facebook

In addition to this, the Prudential Marina Bay Carnival will welcome revellers from 3pm to 2am with more than 40 rides and games assembled from around the world. Spanning two activity hubs, ‘The Promontory’ and ‘Bayfront Event Space’, the carnival will also play host to live performances by Singapore’s music talents including Falling Feathers,

The Civic District will become a car-free activity hub to enable more people to collectively usher in the New Year. The public can enjoy free outdoor activities such as the Health Promotion Board’s Fitness Countdown Dance Party, a sunset yoga session by Yoga Seeds, group exercises by ActiveSG, music performances by local talents at the National Arts Council’s Music@Empress and movie screenings.

Lim Eng Hwee, Chief Executive Officer of URA, said, “The Marina Bay Singapore Countdown has been a signature countdown event for over a decade, bringing vibrancy to the precinct. Together with our community of partners, we hope the multi-sensory experience this year will continue to fill everyone’s hearts with joy and hope for the New Year. We welcome everyone to join us at the heart of our city to usher in the New Year together.”

For more information on the list of activities around Marina Bay and the Civic District, people can log here.