The Tuas Desalination Plant is the country’s third and has a capacity of 30 million gallons per day (mgd), according to a report by Todayonline.

Minister for the Environment and Water Resources Masagos Zulkifli officiated the opening ceremony, saying that this latest milestone in Singapore's water story "did not come easy".

There has been a renewed attention on Singapore’s 1962 water agreement with Malaysia, as Malaysian Premier Mahathir Mohamad brought up last week. 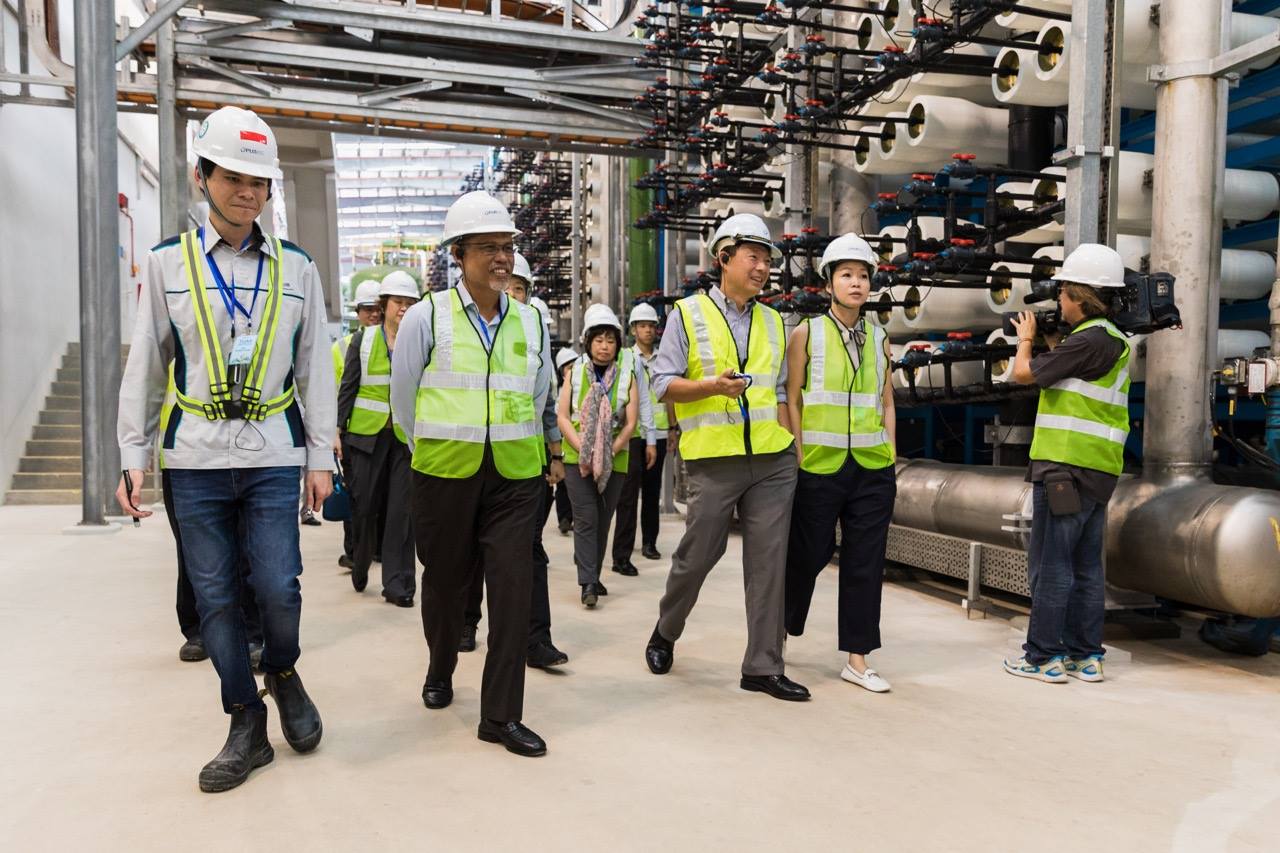 The national water agency Public Utilities Board (PUB) described the Tuas Desalination Plant as a "strategic infrastructural asset" that will boost Singapore's desalination capacity from the current 100 mgd to 130 mgd.

The plant cost S$217 million, an amount that includes maintenance costs for the first 24 months.

"Gradually but surely, we will continue to build up the capacity of our desalination and NEWater capacities, so that by 2060, NEWater and desalination can supply a combined 85 per cent of our water needs then," said Minister Masagos. 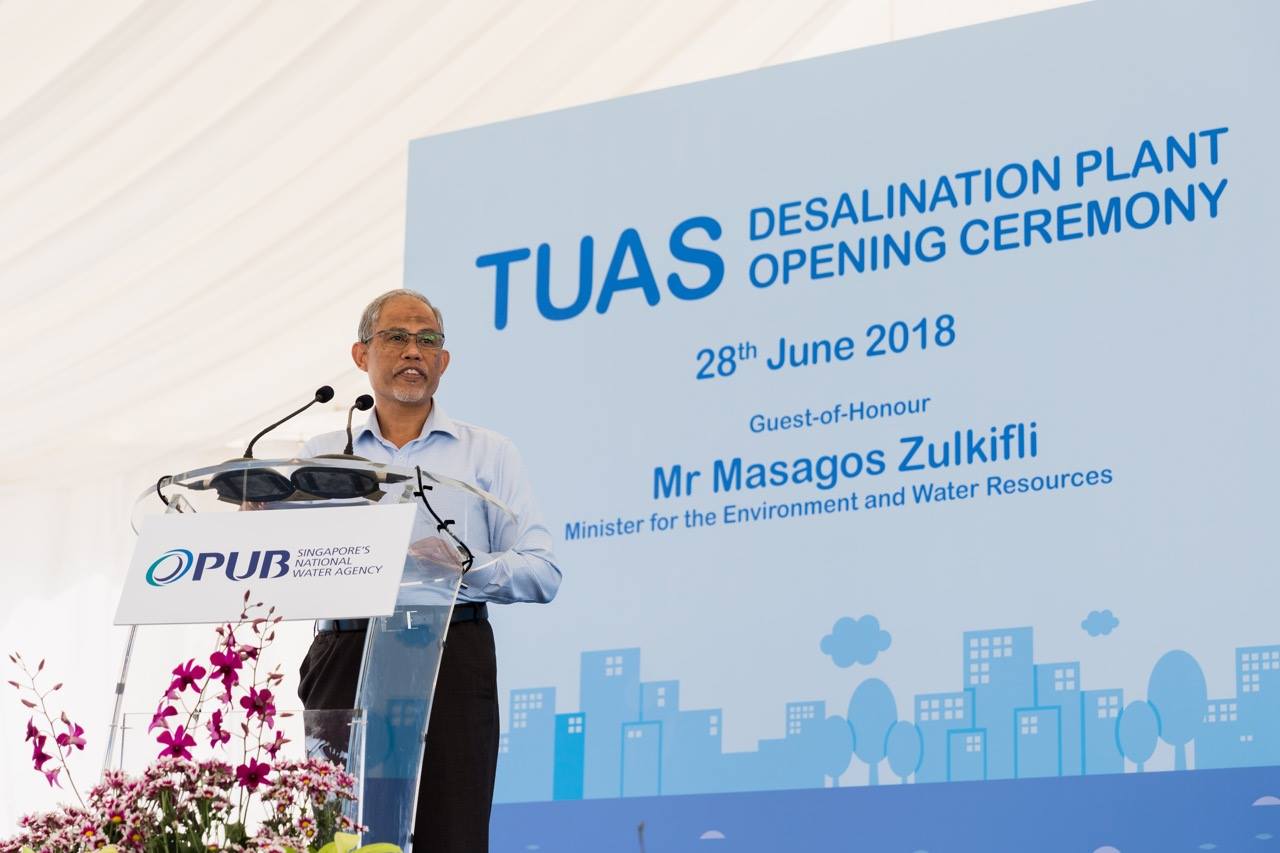 Minister for the Environment and Water Resources Masagos Zulkifli at the opening ceremony of the Tuas Desalination Plant. Photo courtesy: PUB

Mr Bernard Koh, PUB's director of water supply (plants) added that, "There is a need for us to build that competency in water desalination treatment. Having our own plant (also) gives us a platform to implement new ideas, new research and development (R&D) projects.”

Occupying about 3.5 hectares, the Tuas Desalination Plant is one of the most compact in the world. It is able to meet the water demand of about 200,000 households.

As equipment were stacked "to a certain extent", the plant's compactness could pose challenges during maintenance work. This is a result of there being less space between the pipes and equipment, and workers would have limited space to carry out their work.

PUB also added that this would be the first desalination plant to have solar panels on more than half of its roof surface. The panels will be installed by the end of this year, and will cover more than 7,000 square metres.

The fourth and fifth desalination plants in Marina East and Jurong Island are expected to be completed in 2020.