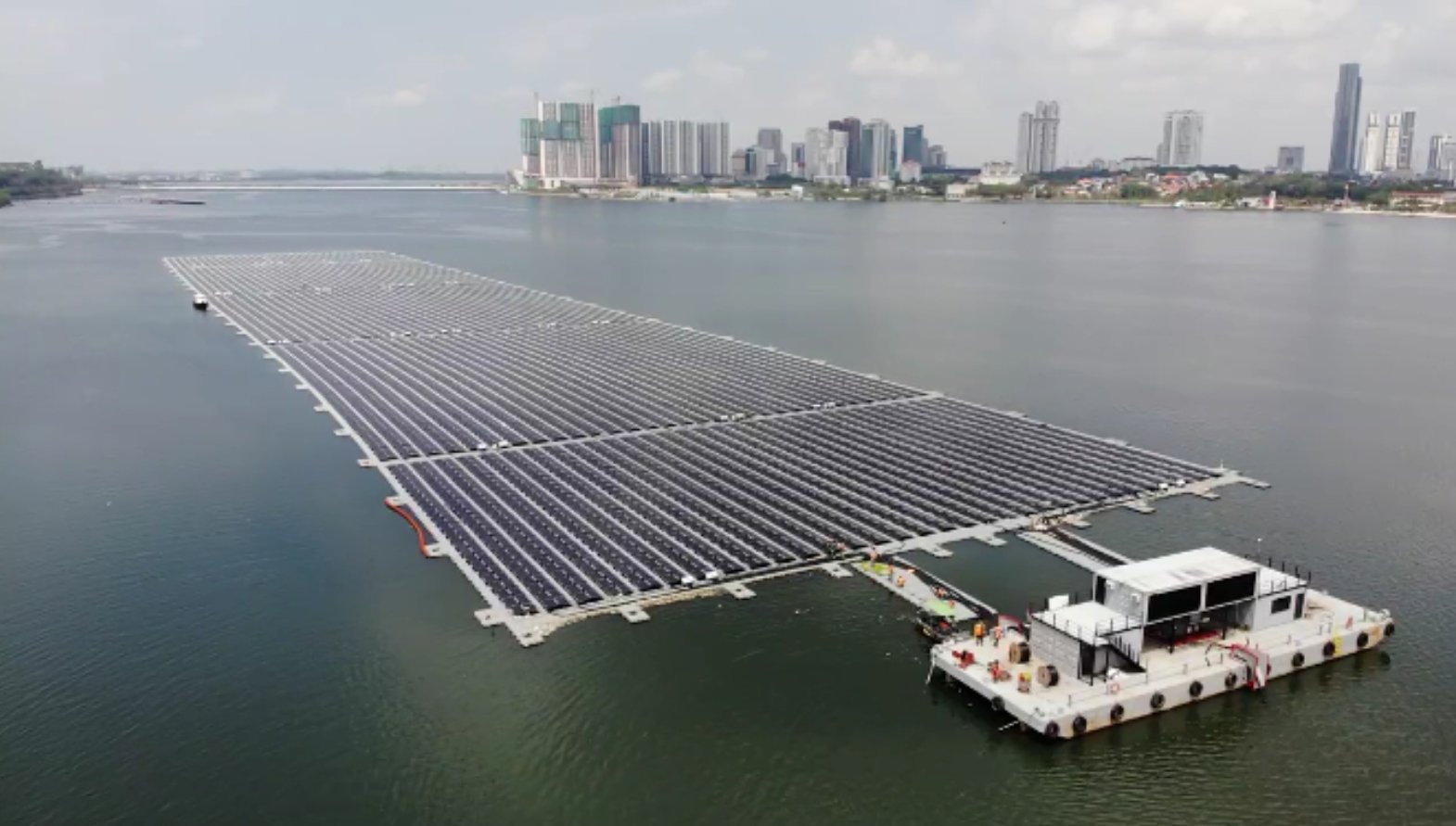 Singapore's leading solar energy provider, Sunseap Group, has announced the completion of the installation of one of the world's largest floating solar farms on sea water in the Straits of Johor.

With the completion of the floating solar farm, the company hopes that the five MW-peak offshore floating photovoltaic (OFPV) system will lead to more OFPV projects in the region as land-scarce countries tap offshore solar as part of their renewables strategy.

"This is an important milestone for Sunseap as we believe that offshore space like the sea, reservoirs, lakes etc., offers exciting opportunities for land-scarce and densely populated cities to tap solar energy. They are places that are unobscured from the sun and with low risks of vandalism or theft,” said Frank Phuan, co-founder and CEO of Sunseap Group.

According to Sunseap, the Woodlands project was more challenging compared to other land-based or rooftop installations due to the unpredictable nature of open sea, the need to avoid shipping routes and the presence of barnacles. Marine expertise was also required for mooring installation and system design.

Furthermore, the Covid-19 lockdown last year posed an additional challenge as foreign workers hired by Sunseap's contractor were unable to leave their dormitories.

"I am so thankful to many members of our team who rolled up their sleeves to fill in the gap during this period. Their professionalism and esprit de corps were key to the successful completion of the project in the face of the numerous challenges," said Frank Phuan.

Sunseap Group is a leader in solar energy systems in Singapore with over 400 MegaWatt-peak (MWp) of solar energy projects contracted, of which more than 168 MWp have been completed on more than 1,500 buildings.