Singapore's anti-narcotics agency announced today it had made its biggest seizure of cannabis in 25 years in a bust in the city-state, which has some of the world's toughest narcotics laws including capital punishment. 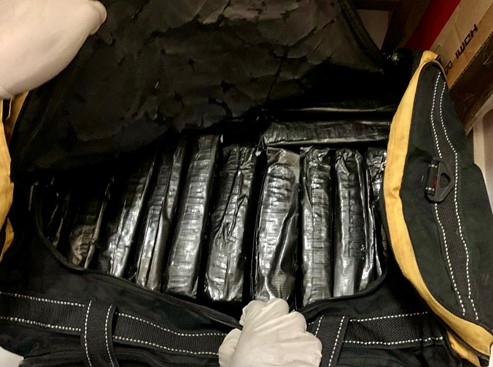 20 bundles containing about 19,772g of cannabis seized from a storeroom in a residential unit in the vicinity of Choa Chu Kang Ave 4 in a CNB operation. Photo courtesy: CNB

The Central Narcotics Bureau (CNB) seized about 23.7 kg (52.25 lb)of cannabis and 16.5 kg of heroin, as well as crystal methamphetamine and ecstasy tablets, it said in a statement. CNB officers arrested a 22-year-old Malaysian male in the vicinity of Choa Chu Kang Ave 4 in possession of four bundles containing about 3.9 kg of cannabis.

The cannabis haul was the largest since 1996 and the heroin seizure the biggest since 2001. The drugs are estimated to be worth more than SGD 2.3 million (USD 1.7 million), according to the CNB.

The wealthy city-state has a zero-tolerance policy for drugs. The trafficking of more than 500 grams of cannabis can carry the death penalty in Singapore.