Singapore-based budget carrier Scoot has expanded its service with the addition of its new single-aisle Airbus A321neo aircraft, as it made its inaugural flight from here to Bangkok as TR610.

The aircraft features 236 seats in a single-class, 3-3 configuration. 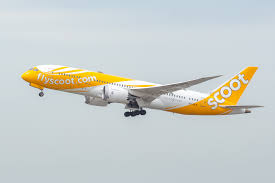 With a larger passenger capacity of 236 seats, 50 more than the A320neo, and more fuel-efficient engines, the single-class A321neo will allow Scoot to improve its operating economics and unit costs. Photo courtesy: Wikimedia

Subsequently in August, Scoot will deploy the A321neo on its Singapore-Cebu and Singapore-Ho Chi Minh City routes.

With a larger passenger capacity of 236 seats, 50 more than the A320neo, and more fuel-efficient engines, the single-class A321neo will allow Scoot to improve its operating economics and unit costs.

Campbell Wilson, Scoot’s CEO, said that investing in new-generation aircraft and operating a young, fuel-efficient fleet is a cornerstone of Scoot’s strategy to achieve net zero carbon emissions by 2050.

"Combined with our recent achievement as the world’s first and only low-cost carrier to attain the highest Diamond status in the APEX Health Safety powered by SimpliFlying global audit of airlines, Scoot is on a firm footing to recover and re-establish ourselves as the low-cost carrier of choice in the region for post-pandemic travel,” he added.