Speaking during the virtual Republic Day of India function organised by the Indian High Commission, Minister in the Prime Minister's Office Tan See Leng said Singapore hopes to facilitate a deeper partnership between the ASEAN and India that would be to everyone's benefit as deeper integration with the region would enable greater access to significant opportunities. 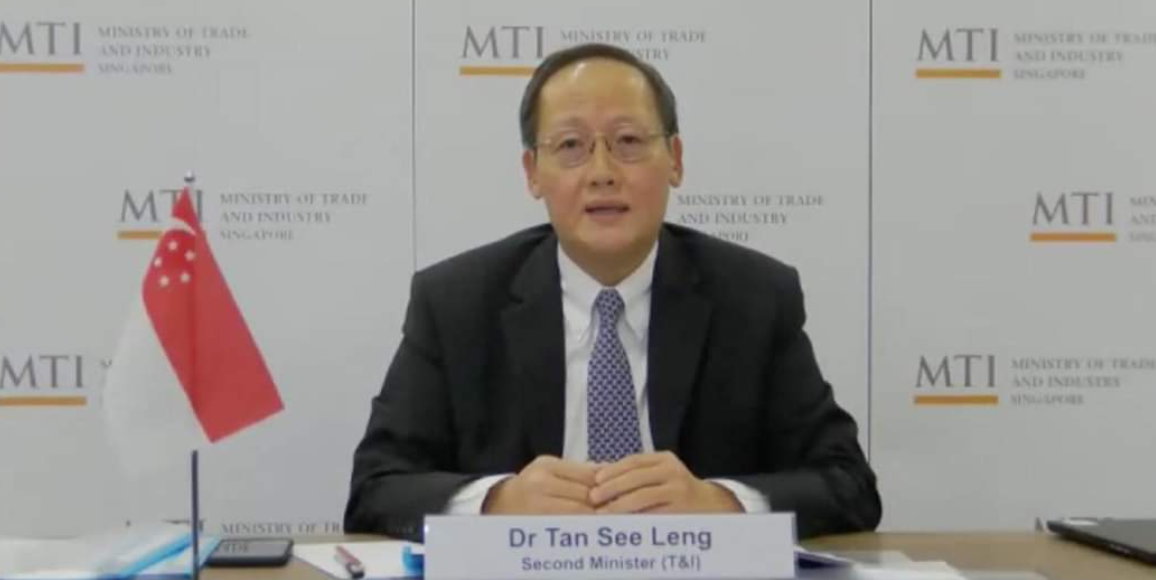 India would always be a valued partner and a friend to Singapore, Tan said. Photo courtesy: MTI

The Association of Southeast Asian Nations (ASEAN) is considered one of the most influential groupings in the region, and India and several other countries including the US, China, Japan and Australia are its dialogue partners.

"Looking to the future, Singapore as a country coordinator of the ASEAN-India dialogue relations, hopes to facilitate a deeper partnership between ASEAN and India. This would be to everyone's benefit as deeper integration with the region would enable greater access to significant opportunities," said Tan, congratulating India on its 72nd Republic Day.

India would always be a valued partner and a friend to Singapore, Tan said. "We look forward to strengthening this relationship in the years to come," he added, recalling India's relationship with the city-state since its independence in 1965.

The ties between India and ASEAN have been on an upswing in the last few years with focus being on ramping up cooperation in the areas of trade and investment as well as security and defence.

"As our countries move towards the next stage of recovery from COVID-19, we look forward to working with India which is a key player in the global pharmaceutical supply chain," he said, noting the hard work put in by the two countries in keeping the supply chains open especially for essential goods such as health supplies and food.

"Our partnership is especially strong on the economic front. We will work with the Indian government to establish skill centres in different parts of India to expand on this area of cooperation. Indian companies in Singapore have played their parts through partnerships with us and the region. Similarly, Singapore companies have a vested interest in the bright potential and promise of India, he said.

In his address at the virtual Republic Day celebration, Indian High Commissioner P Kumaran noted Singapore's interests in various economic development fields, with over 440 companies having registered in India and total investments of USD 106 billion

Nearly 9,000 Indian companies are registered in Singapore, exploring business opportunities across markets in the region, said the envoy.