The video of an argument between a young inter-ethnic couple and a Chinese Singaporean man which went viral on social media today has again underlined concerns about interracial tensions in the city-state.

Law and Home Affairs Minister K Shanmugam was among those who have come out strongly to talk about the viral video in which a man wearing a red jersey with the word “Singapore” emblazoned across his chest, admits on-camera to being a racist. 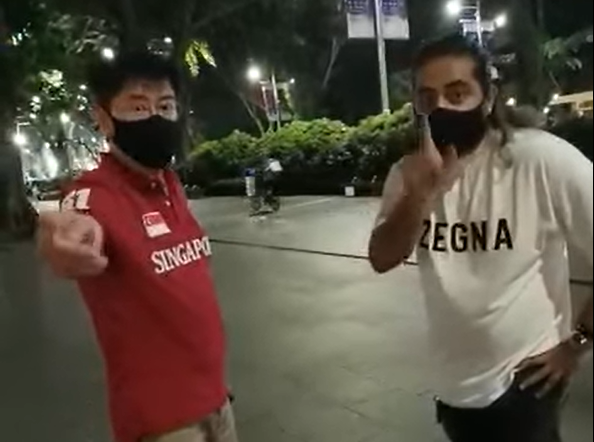 The man goes on to accuse Parkash of trying to “prey” upon Chinese women. Photo courtesy: Facebook/Dave Parkash

The video was shared close to 9,000 times within hours of being shared on Facebook today.

In the post on his Facebook page, Dave Parkash, 23, a Singaporean who is half-Indian and half-Filipino, said he was confronted by a man about being with his girlfriend, who is half-Chinese and half-Thai and has presumably shot the video.

The man goes on to accuse Parkash of trying to “prey” upon Chinese women.

“I have nothing against Indians, but I think it is racist for an Indian to marry a Chinese girl,” he is heard saying. 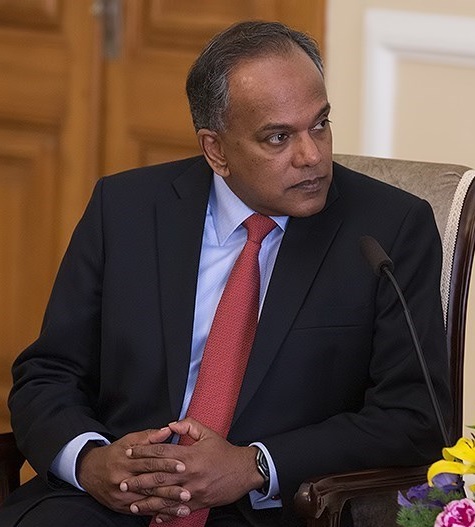 Law and Home Affairs Minister K Shanmugam was among those who have come out strongly to talk about the viral video. Photo courtesy: Wikimedia

“If it’s accurate — then it's horrible. It seems like more people are finding it acceptable to make 'in your face' racist statements – openly…, I used to believe that Singapore was moving in the right direction on racial tolerance and harmony. Based on recent events, I am not so sure anymore," said Shanmugam today.

In the video, Prakash can be heard making an appeal for racial harmony in Singapore.

"We both are of mixed race but we are proud to be Singaporeans," he says. "Love is love. Love has no race, love has no religion. You and I should be able to love whoever we wanna love. Let's not become like this man in the video."