Turkey's Prime Minister Binali Yildirim said last night, to strengthen the country's ties with Asia, Singapore is an important gateway to the region, as well as a partner in counter-terrorism efforts. He is in the Republic for a three-day official visit from August 20-22.

PM Yildirim said Turkey considers itself both European and Asian, according to a report by Todayonline. “From now on, we will be focusing more on this part of the world,” he said, and added that Turkey wants to work with countries in the region to fight against terrorism and enhance trade and investments.

“By promoting relations with this region, we will be able to fight against terrorism … If we know each other better, we can easily overcome prejudices,” PM Yildirim said. “(You) can say that between Singapore and Turkey, there is a long distance. But today, the facilities (to overcome distance) are very much there.” There are daily flights between the two countries, and the Internet has eliminated the problem of time zones. 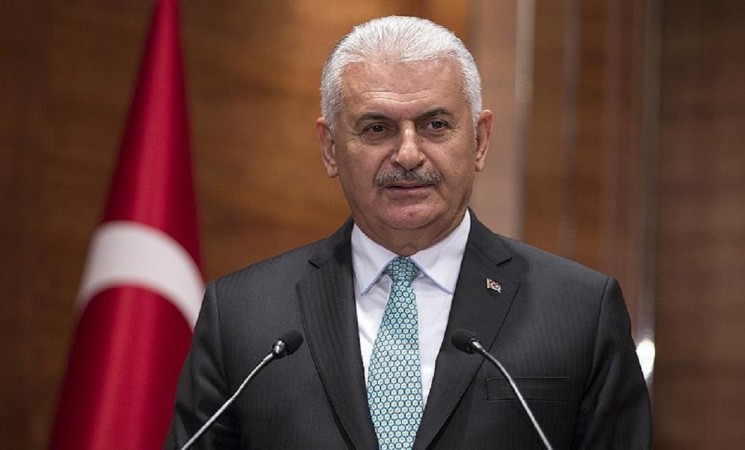 PM Yildirim also added that the Singapore-Turkey Free Trade Agreement (FTA) was "something special." Its coverage is much wider than the other agreements that Turkey has signed and covers agriculture, services and public procurement. “We tried to reach an agreement with the European Union, but we did it much earlier with Singapore,” he said.

Singapore can also be Turkey’s window into the Association of South-east Asian Nations (Asean), said PM Yildirim. “In terms of (Singapore’s) location, connections with surrounding countries, openness and trust. Anyone can come and do business around here without any hesitation,” he explained. It was announced earlier this month that Turkey has become a sectoral dialogue partner for Asean.

With regards to counter-terrorism, PM Yildirim said Turkey was ready to share its experiences with Singapore, the Todayonline report said. “We (in Turkey) are talking about results,” he said, adding that his country has killed 4,000 Islamic State (IS) terrorists, deported more than 53,000 IS members and jailed around 4,000 terrorists.

“(IS) is a big threat for this region. They plan to expand their activities here. We know that … We are ready to share our experiences and capabilities with Singapore.” He also felt that deradicalisation should focus on teaching through Islam. "Look at root causes," he said.