Riding the crest of 25 years of Singapore India maritime cooperation, Royal Singapore Navy and Indian Navy have started their annual war games SIMBEX at India's only Tri-Service Command on Andaman and Nicobar Islands.

Singapore India Maritime Bilateral Exercise, or SIMBEX,  that started on November 10, 2018 will continue till the 21st off Andaman Sea and the Bay of Bengal. 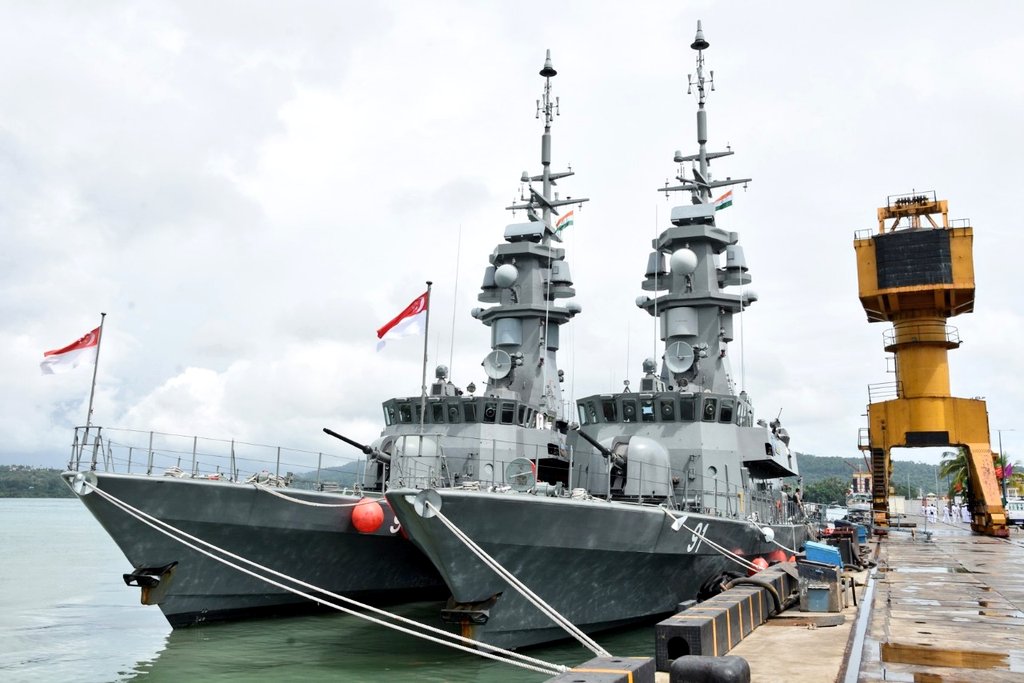 The 2018 edition marks the Silver Jubilee of SIMBEX.  To mark the historical occasion, both navies are undertaking exercises over an extended geography from Andaman islands to Vishakhapatnam.

SIMBEX 2018 will be the largest edition since 1994 in terms of scale and complexity. Photo courtesy: Ministry of Defence, India

Expressing pleasure at the extended maritime exercise on the Silver Jubilee of cooperation between two navies, Indian High Commissioner to Singapore Jawed Ashraf called it "a friendship of heart, values and purpose."

"Welcome Singapore Navy. Thank you for being there in unprecedented strength.  Best for the next two weeks. Looking forward to the visit of Defence Minister Ng Eng Hen to SIMBEX 2018,"  Ashraf said.

A friendship of heart, values and purpose. Welcome Singapore Navy. Thank you for being there in unprecedented strength. Best for the next two weeks. Looking forward to the visit of Defence Minister HE @Ng_Eng_Hen to #SIMBEX2018 https://t.co/nVM5QuoXWj

SIMBEX 2018 will be the largest edition since 1994 in terms of scale and complexity. The initial harbour phase will be held at Port Blair, the capital of Andaman and Nicobar Islands from 10 to 12 November followed by Sea Phase from 12 to 16 November in the Andaman Sea.  The second harbour phase from 16 to 19 November will be held at Visakhapatnam – ‘the City of Destiny’. 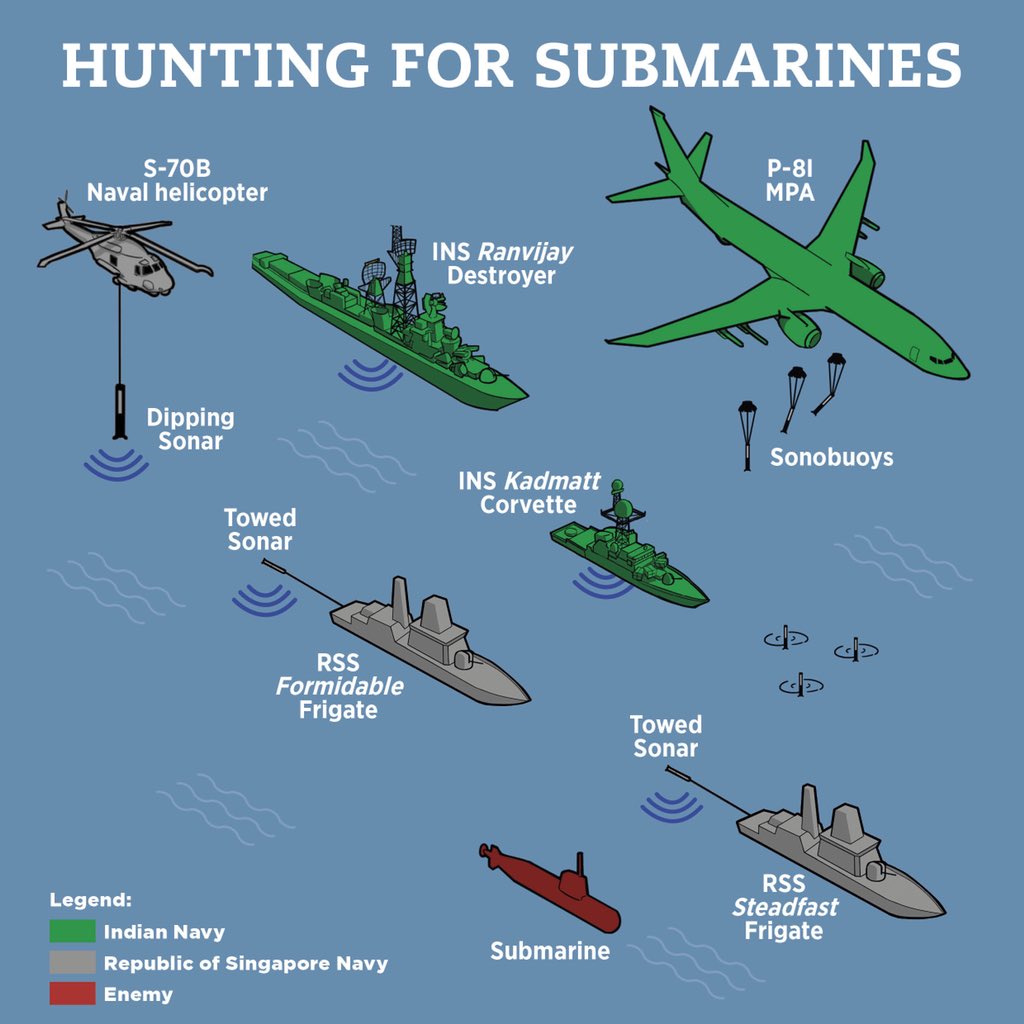 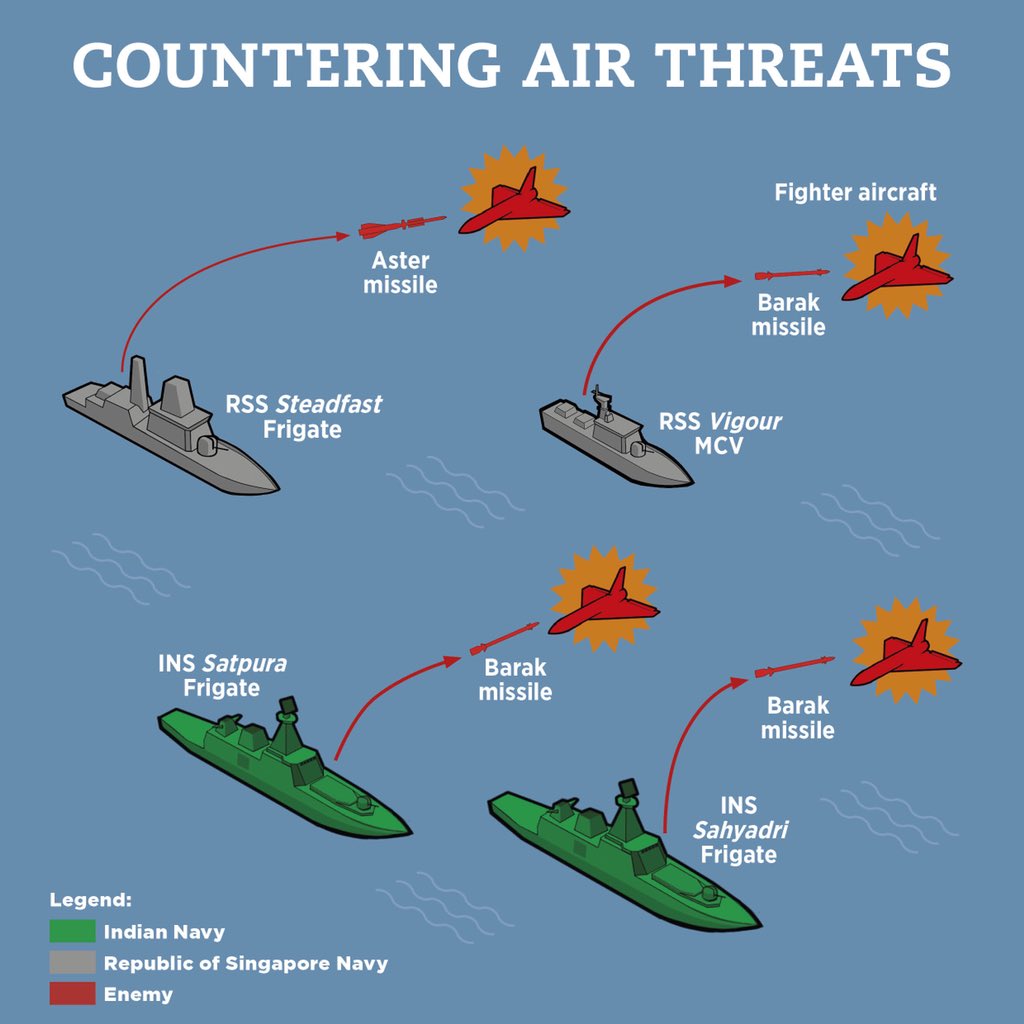 The final sea phase would be held in the Bay of Bengal from November 19 to 21.  High-level delegations including respective Defence Ministries are also scheduled to observe the exercises including advanced weapon firings marking a new high in the series. 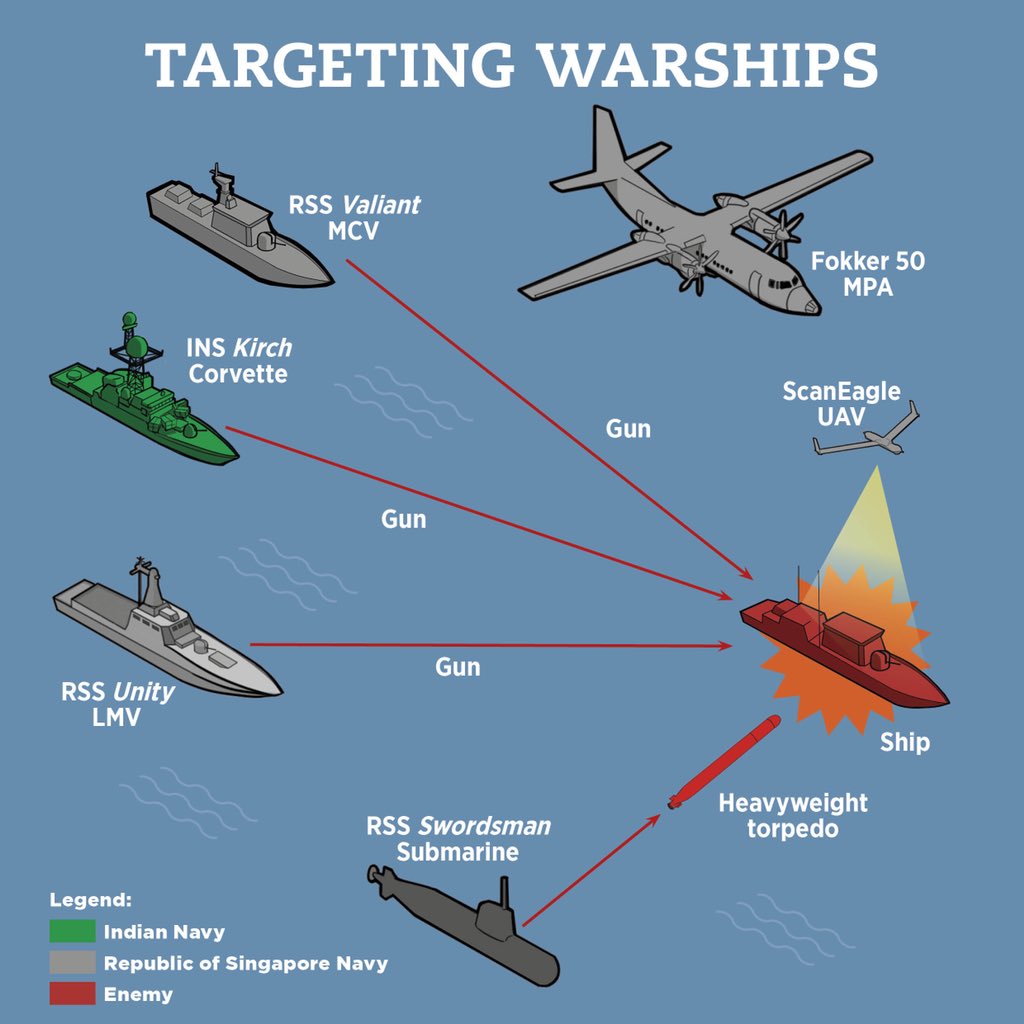 The number of missiles and torpedo firings being undertaken are in fact unprecedented and perhaps the largest the Indian Navy has undertaken with any foreign Navy till date, indicative of the growing trust and operational comfort between the two navies. This year would also witness the highest numbers and variety of platforms fielded by both sides.  Over the years the two navies have increased their interoperability to a level that could be matched by few other navies.

Bilateral cooperation between Singapore and India was first formalised when RSN ships began training with the Indian Navy in 1994. What began as a modest endeavour to exchange best practices in the field of Anti-Submarine Warfare (ASW), has in the recent years evolved into a complex high stakes exercise with both nations attaching premium in terms of time, complex advanced exercises and type of platforms involved.

Both countries have a full calendar of more than 20 bilateral mechanisms, dialogues and exercises, many of which take place annually.  In November 2015, the robust relationship between the two countries was elevated to ‘Strategic Partnership’.

Prime Minister Narendra Modi and Prime Minister Lee Hsien Loong in June inked many agreements including those under the ‘Defence and Strategic Partnership Sectors’ which has facilitated deployment of naval assets from bases of the other through logistics and services support.

The previous edition of the exercise was held off Singapore in the South China Sea in May 2017.