The Jobs Support Scheme (JSS), which was launched at the start of the COVID-19 pandemic to protect jobs, will be extended by seven months to cover wages paid up to March 2021.

This was among the continued COVID-19 support measures for workers and jobs announced in a ministerial statement on Monday, August 17, by Minister for Finance Heng Swee Keat.

"Over SGD16 billion of JSS payouts have been disbursed, benefitting over two million local workers in more than 150,000 firms," he said, noting that while the unemployment rate has risen, Singapore has managed to keep it below the peak levels seen during SARS in 2003 and the Global Financial Crisis in 2008."

"However, we cannot sustain the JSS at current levels. It draws heavily on our reserves and risks trapping our workers in unviable businesses," said Heng, who is also the Deputy Prime Minister. 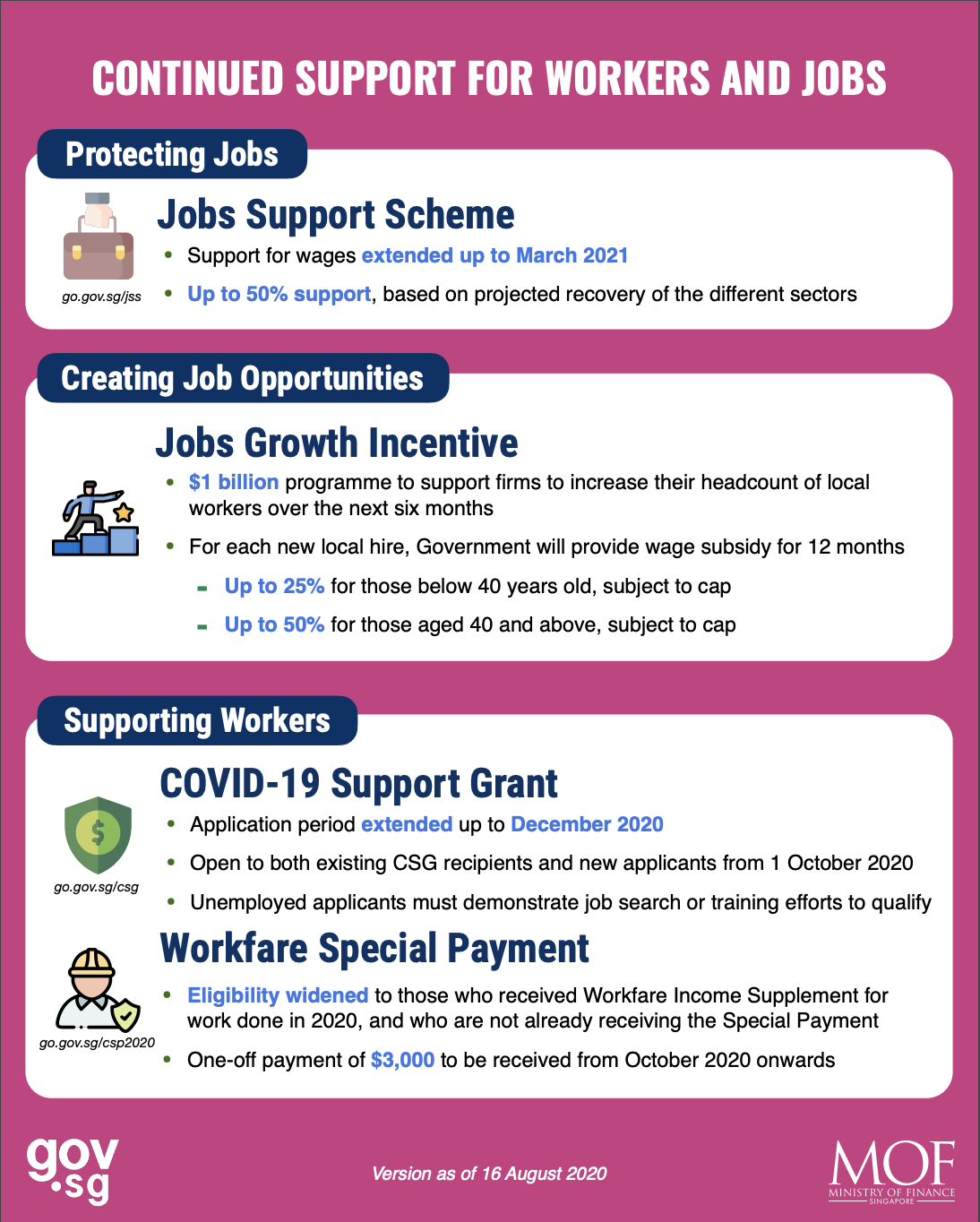 "I urge all businesses to make full use of this additional support to retain and upskill your workers, and to transform your operations for the post-COVID-19 world."

In addition, a new initiative named Jobs Growth Incentive (JGI) will be launched to create new jobs, with a special focus on mature workers.

The SGD1 billion programme will help firms to increase their headcount of local workers over the next six months. Singapore government will co-pay up to 25 per cent of salaries of all new local hires for one year, subject to a cap. For those aged 40 and above, the co-payment to firms will be up to 50 per cent.

Meanwhile, the COVID-19 Support Grant (CSG) will be extended till December 2020. Launched in May, CSG helps Singaporeans who are unemployed or have suffered significant income loss. 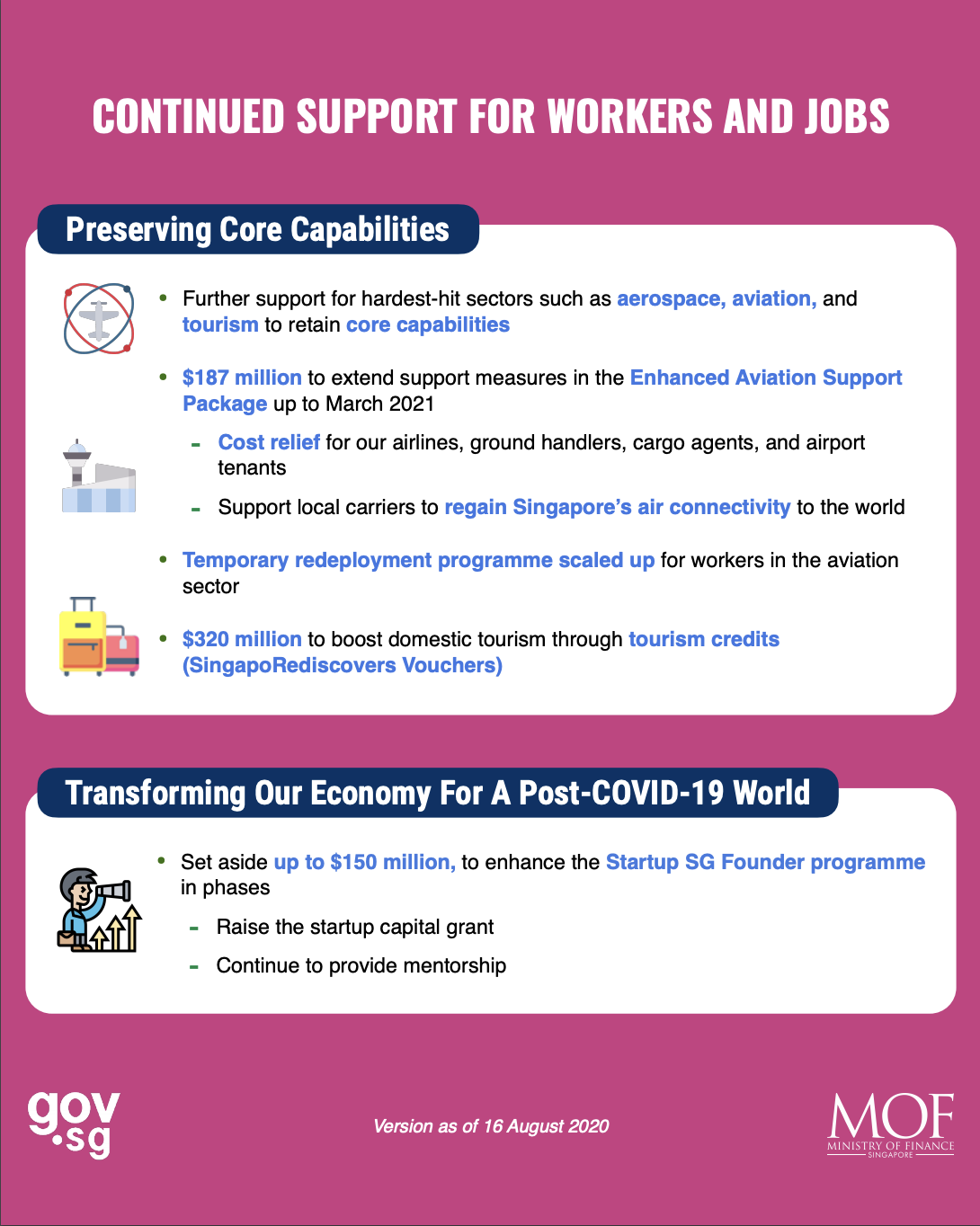 "Our labour market is likely to remain weak beyond 2020. We are studying how to continue supporting employees and self-employed persons who are most vulnerable," Heng added.

In a concluding statement, the minister said there are no plans to draw on past reserves for the additional measures announced.

"The continued support in our fight against COVID-19 will cost SGD8 billion. We intend to fund these measures by reallocating monies from other areas, such as development expenditures that were delayed due to COVID-19."