Singapore GCE A-Level examination to be declared on February 22

The results of the 2018 Singapore-Cambridge General Certificate of Education Advanced Level (GCE A-Level) examination will be released on February 22, announced the Ministry of Education (MOE) today. The ministry further announced that A-Level graduates who choose to further their studies at polytechnics can now skip the first semester for more than 100 courses.

Students of GCE-A level can collect their results from their respective schools from 2:30 pm on February 22.

Private candidates will be notified of their results by post. The result slips will be mailed on February 22 to the postal address provided by the candidates during the registration period.

“Private candidates who have SingPass accounts can also use their SingPass to obtain their results online, via the internet Examination Results Release System (iERRS) on the Singapore Examinations and Assessment Board’s website from 2.30pm on February 22,” said MOE. 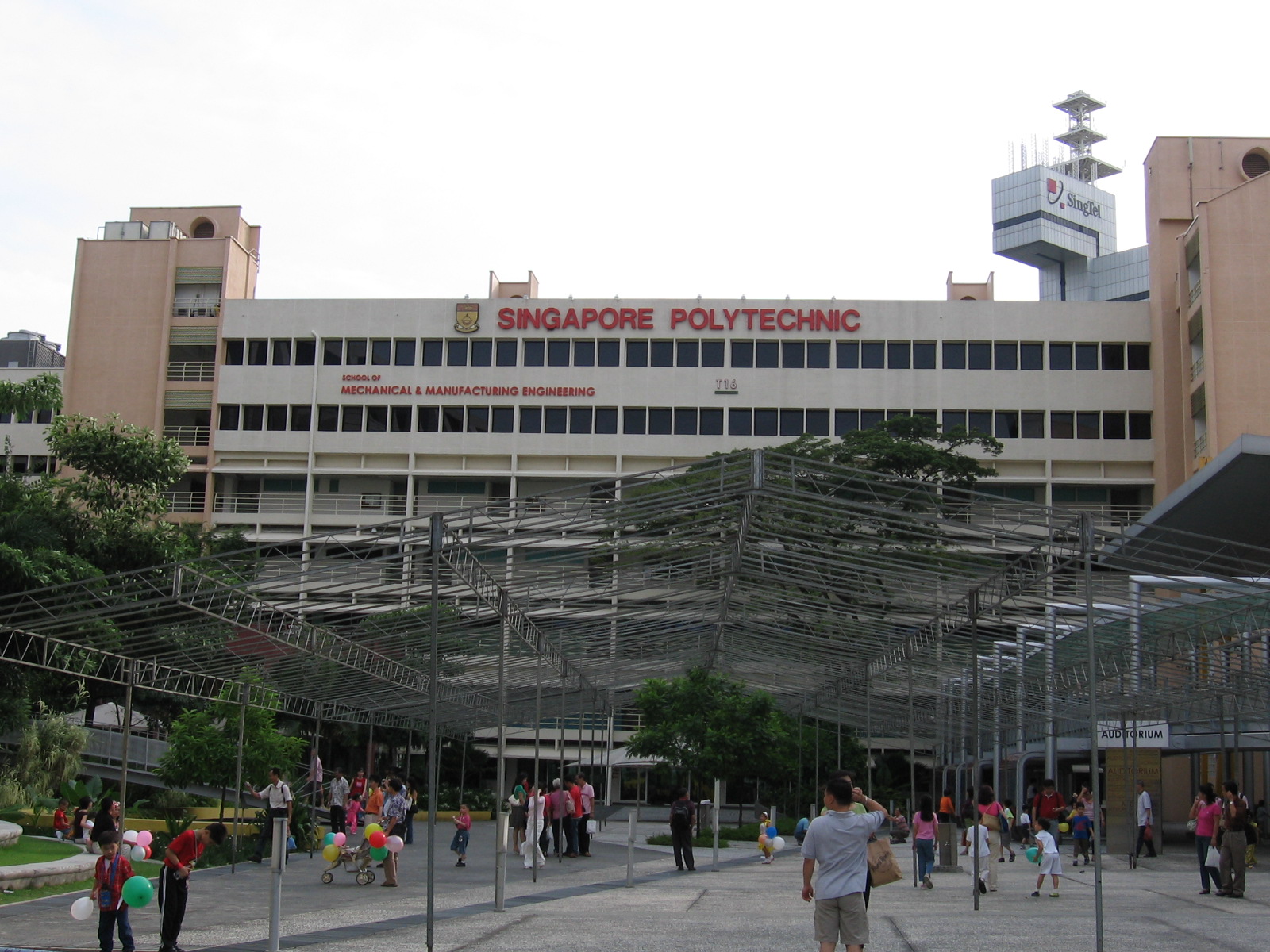 A-Level graduates who choose to further their studies at polytechnics can now skip the first semester for more than 100 courses. Photo courtesy: Wikipedia

In addition to this, the MOE has also decided to make some changes in the polytechnic admissions for A-level graduates as they can now directly take admission in the second semester of the first year.

From Academic Year 2019, A-Level graduates who are looking to further their studies at the polytechnics can look forward to obtaining a diploma within a shortened timeline for a greater number of courses.

Currently, most A-Level graduates apply for and enrol in a polytechnic only one year after getting their GCE A-Level examination results. This is because most polytechnic admissions exercises would have closed by the time students receive their A-Level results.

“Now, the eligible A-Level graduates can now be exempted from one semester of polytechnic studies and be admitted directly to Year 1 Semester 2 each October for 110 courses, up from the current nine,” said MOE.

“With this, they reduce their polytechnic course from 3 years to 2.5 years. The 110 courses make up about half the diploma courses offered by the five polytechnics, and span several course clusters,” it added. 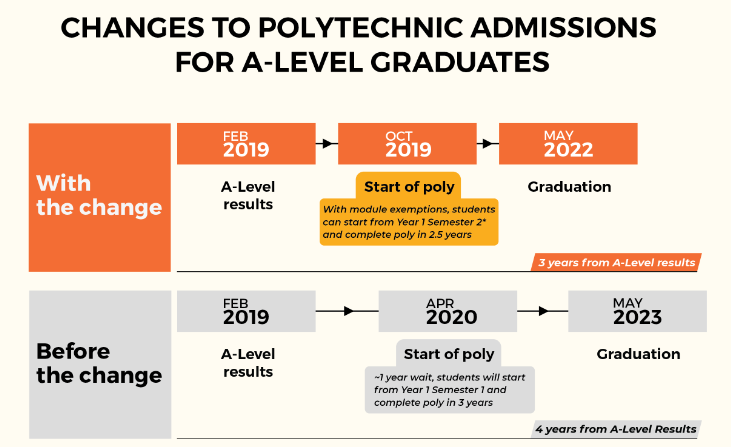 Interested A-Level graduates will be able to apply to the polytechnics directly for these 110 courses in mid-August 2019, for matriculation at the start of the academic year 2019 Semester 2 in October 2019.

About 200 A-Level graduates are admitted each year to the five polytechnics of Singapore – Nanyang, Ngee Ann, Republic, Singapore and Temasek.

More details will be available on the respective polytechnics’ websites by March 2019.

“With the one-semester exemption and entry into Year 1 Semester 2, A-Level graduates who are not enlisting in National Service will be able to enter the polytechnics in the same year that they receive their A-Level results. As a result, this group will be able to graduate one year earlier,” said MOE.