Singapore's Minister for Foreign Affairs Dr Vivian Balakrishnan today arrived in Assam to ink the pacts on providing skill training to the people of North East region of India and greening of the capital city of Guwahati. 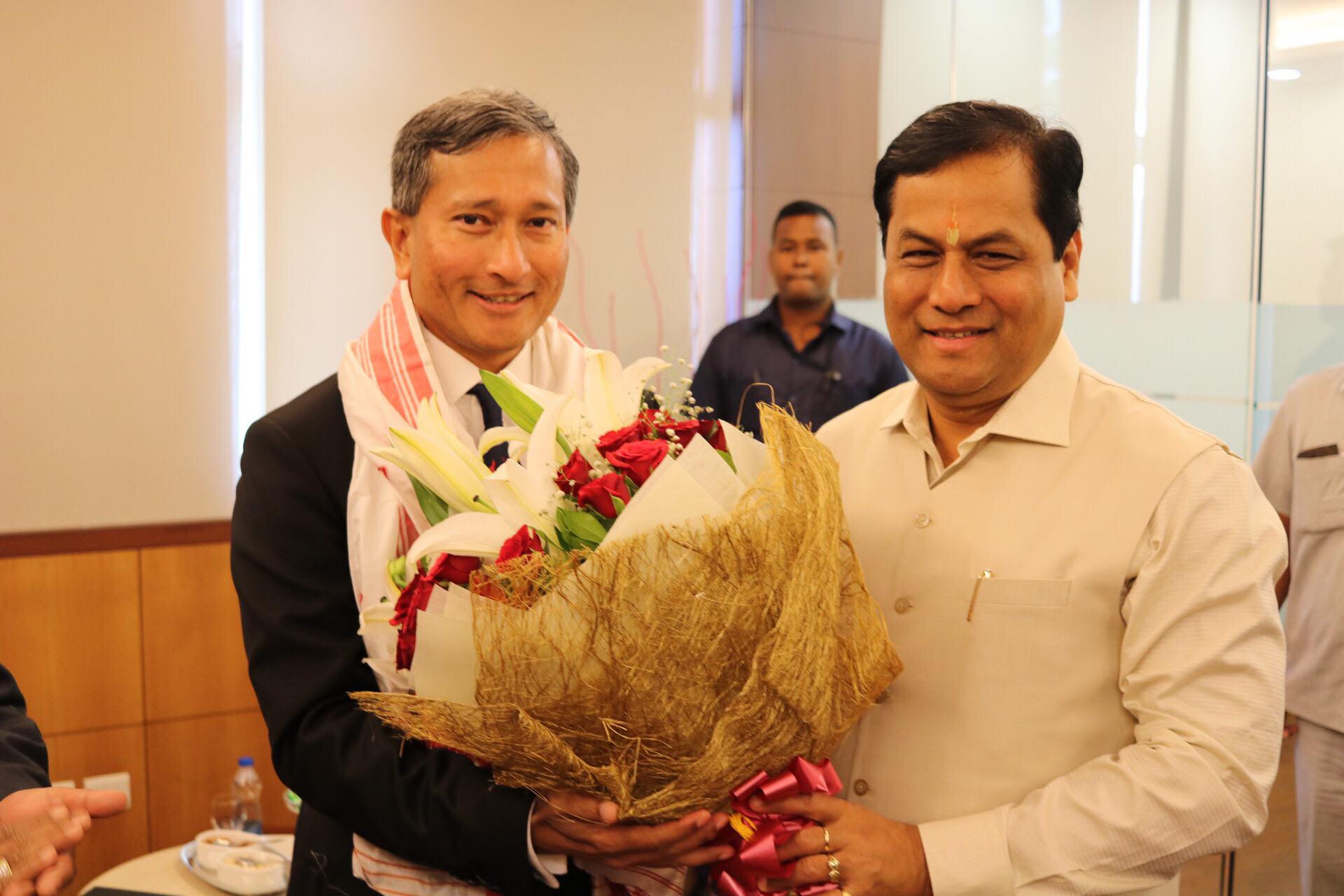 "Had a good day trip to the beautiful state of Assam, where we were warmly received by Chief Minister Sarbananda Sonowal. Glad to have our Singaporean colleagues from ITE Education Services, Singapore Cooperation Enterprise, and Surbana Jurong join us as we witnessed the signing of three agreements to launch our North East Skills Centre and develop an Open Space and Park Integrator Network in Guwahati," Dr Balakrishnan said in his Facebook post.

"Singapore is happy to contribute to India’s development and its “Act East” initiative, which seeks closer cooperation between India and Southeast Asia," he added. 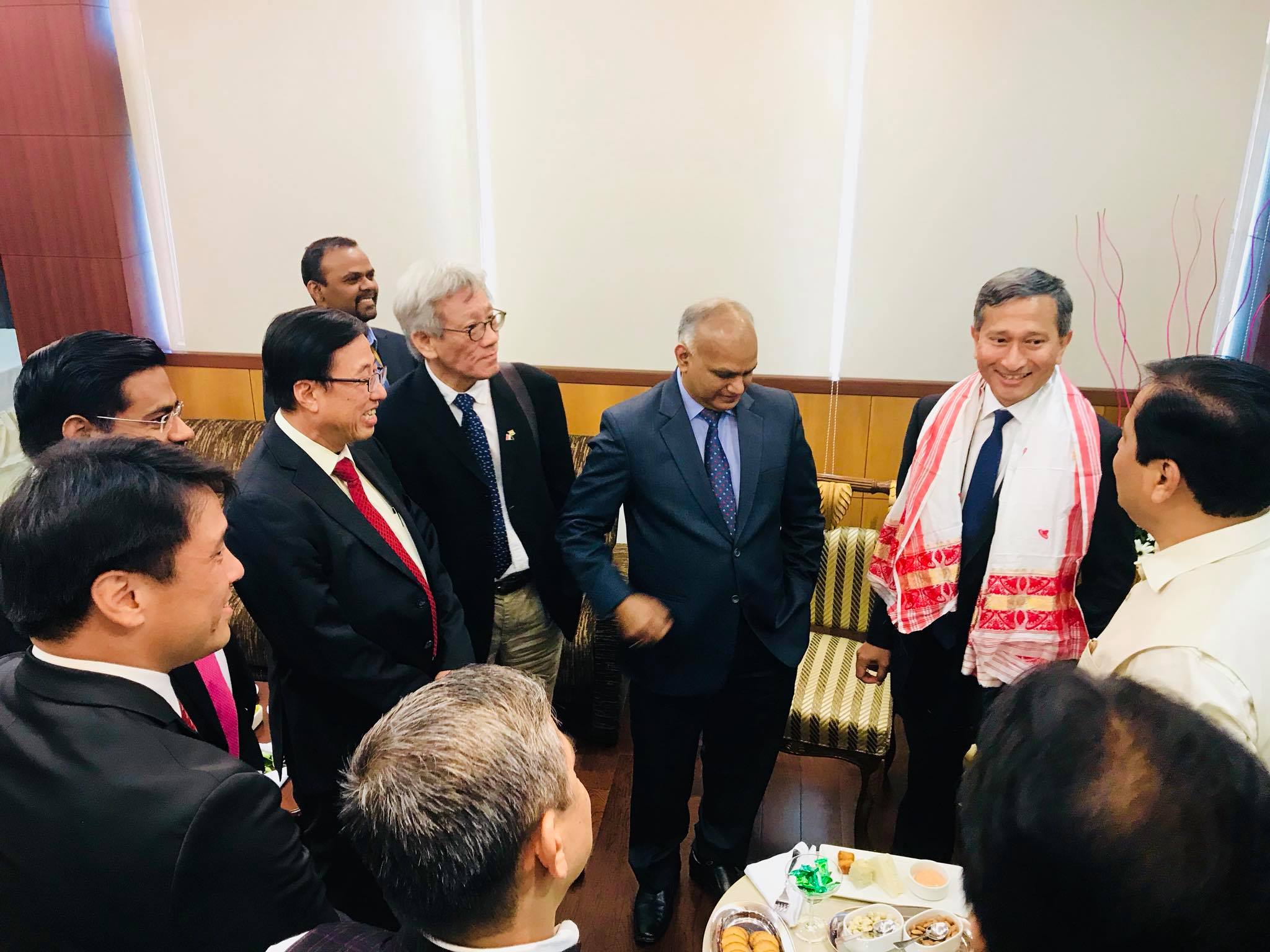 Dr Balakrishnan was in Delhi yesterday where he chaired the 5th Joint Ministerial Committee along with his counterpart Minister of External Affairs Sushma Swaraj and discussed ways to boost bilateral cooperation in key sectors such as defence, security, aviation, tourism and trade.

The Ministry of Development of North Eastern Region (DoNER) had roped in Singapore to harness its expertise in skill development to empower the youth of the North East region comprising eight states of Assam, Arunachal Pradesh, Nagaland, Manipur, Mizoram, Meghalaya, Tripura and Sikkim. The former seven were hitherto referred to as 'Seven Sisters' till Sikkim joined to make them eight. 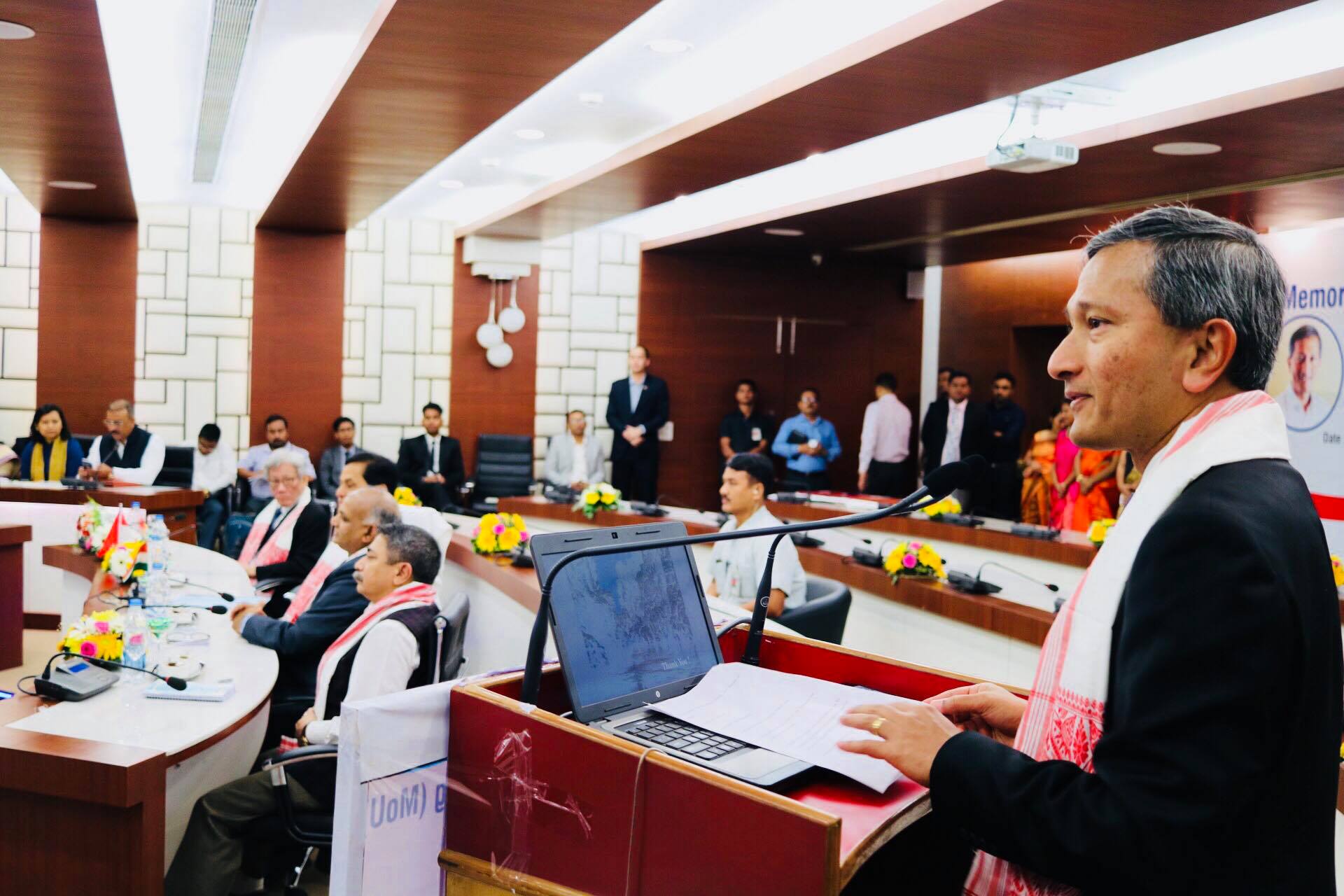 Development of North East people's skill set and infrastructure is part of the Indian government's larger Act East policy to connect its South East Asian neighbours bordering on these states. This North East Skills Centre will be by a third of the Singapore government and will be functional by 2019.

In a symposium 'India, Singapore and ASEAN: Shared History, Common Future' organised by Institute of South Asian Studies (ISAS) of National University of Singapore (NUS) in partnership with Confederation of Indian Industry (CII), Dr Balakrishnan batted for developing skills of Indian youth, and increasing connectivity to the ASEAN member countries in the South East by liberalising the aviation sector. 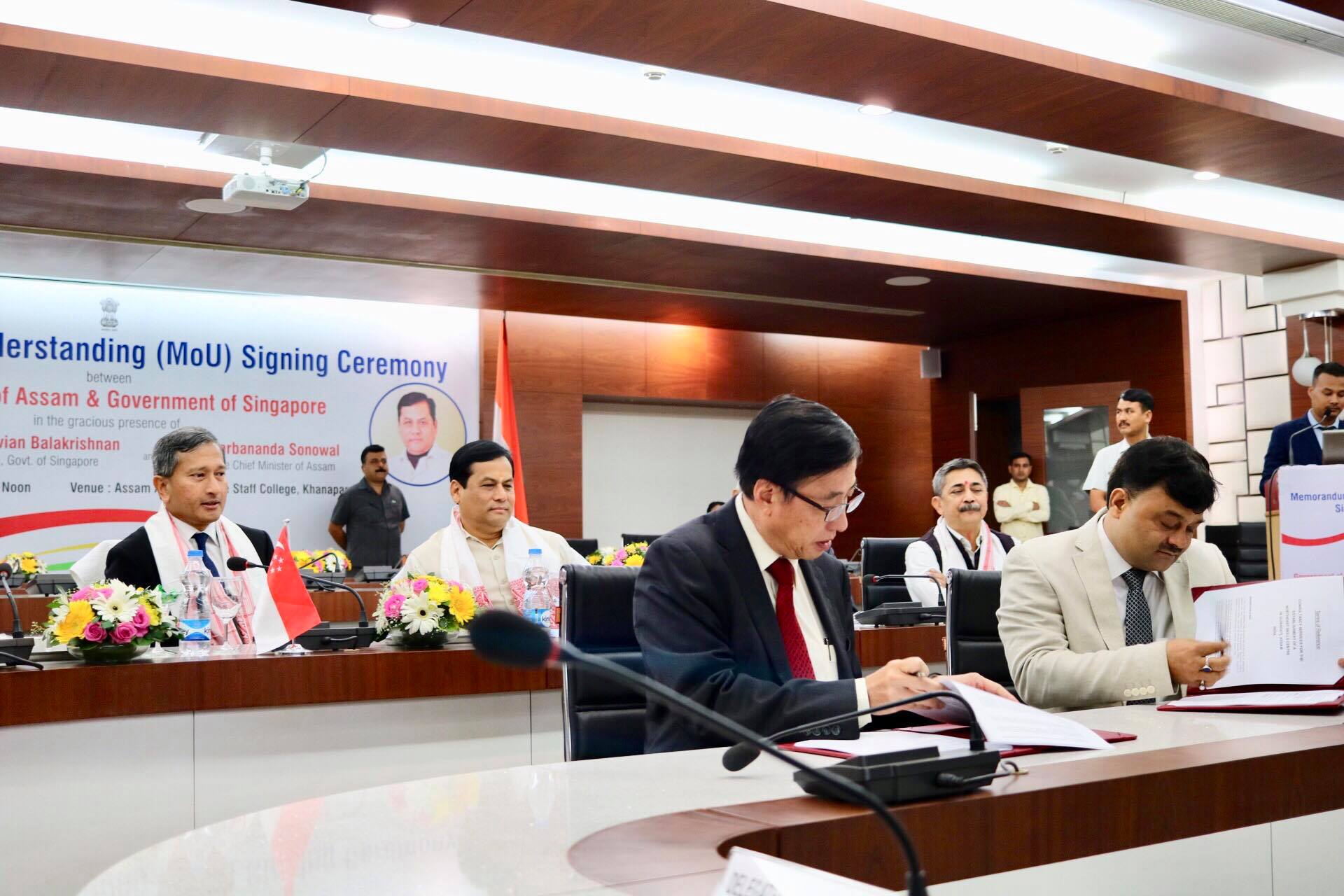 Dr Balakrishnan said that he was "Happy to be back in India to co-chair the 5th India-Singapore Joint Ministerial Committee with External Affairs Minister Sushma Swaraj. Singapore is a longstanding supporter of India’s growth and success. Our two countries share a Strategic Partnership underpinned by substantive and multi-faceted cooperation."

"Our account with India is in good shape. Despite our size, Singapore is India’s second largest foreign investor, accounting for 16% of its cumulative FDI from 2000 to 2016. Other significant areas of collaboration are Skills Development and Smart Cities. We’re glad to note that our development of the new capital city of Andhra Pradesh, Amaravati, is progressing well," he said. 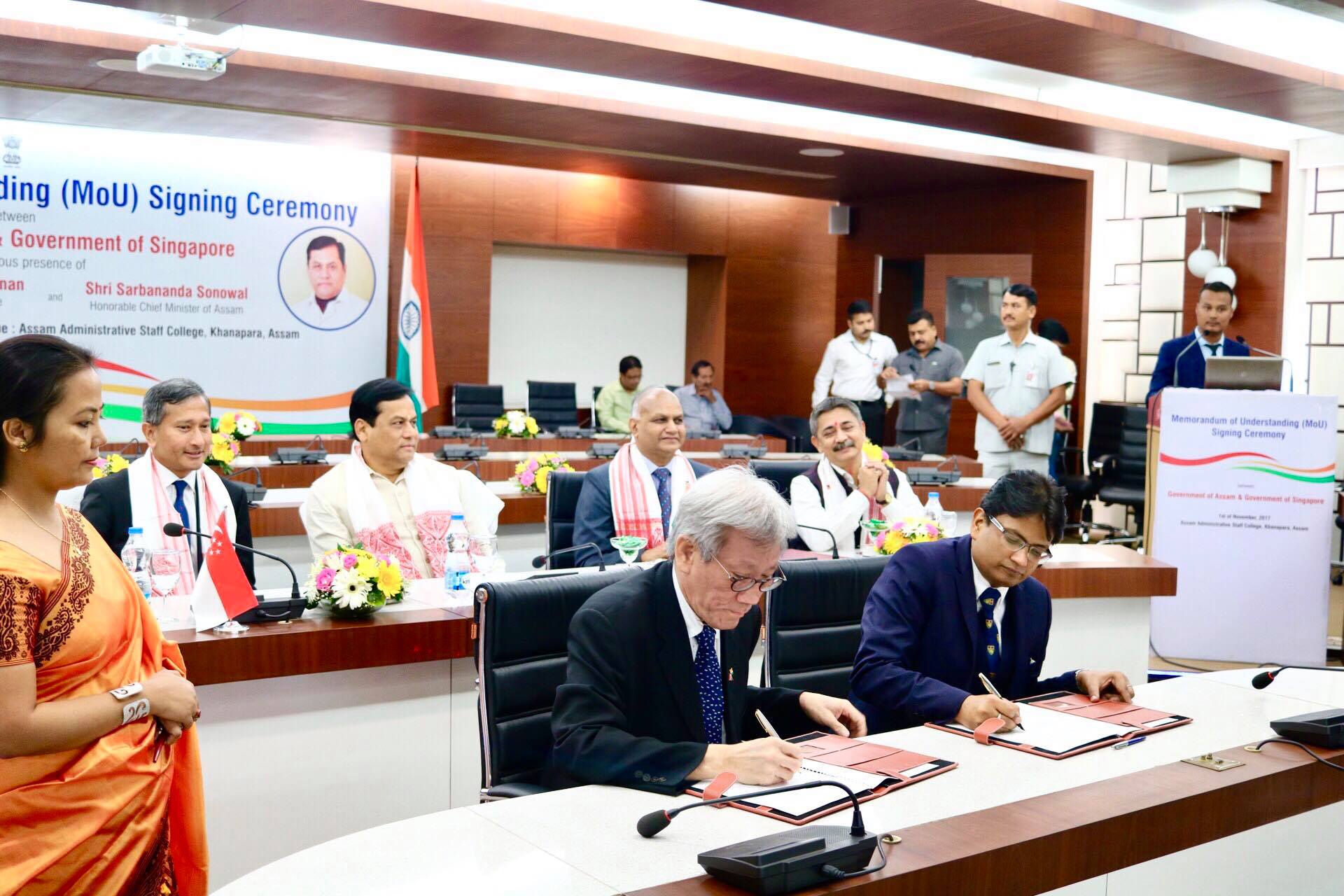 His visit was preceded by the meeting of the High Commissioner of Singapore Lim Thuan Kuan and his high-level delegation with the Indian Minister for Development of North Eastern Region (DoNER) Dr Jitendra Singh in September where he expressed Singapore government's keenness to invest and collaborate on projects in the North East region.

Dr Balakrishnan visit comes ahead of ASEAN-Pravasi Bhartiya Summit being hosted by Singapore in January.

India and ASEAN are marking the 25th anniversary of their relations this year and, together with ASEAN, are looking to cooperate in new digital spaces and continue to promote connectivity, free trade and an inclusive regional architecture, in order to build a common future of stability, growth and prosperity. 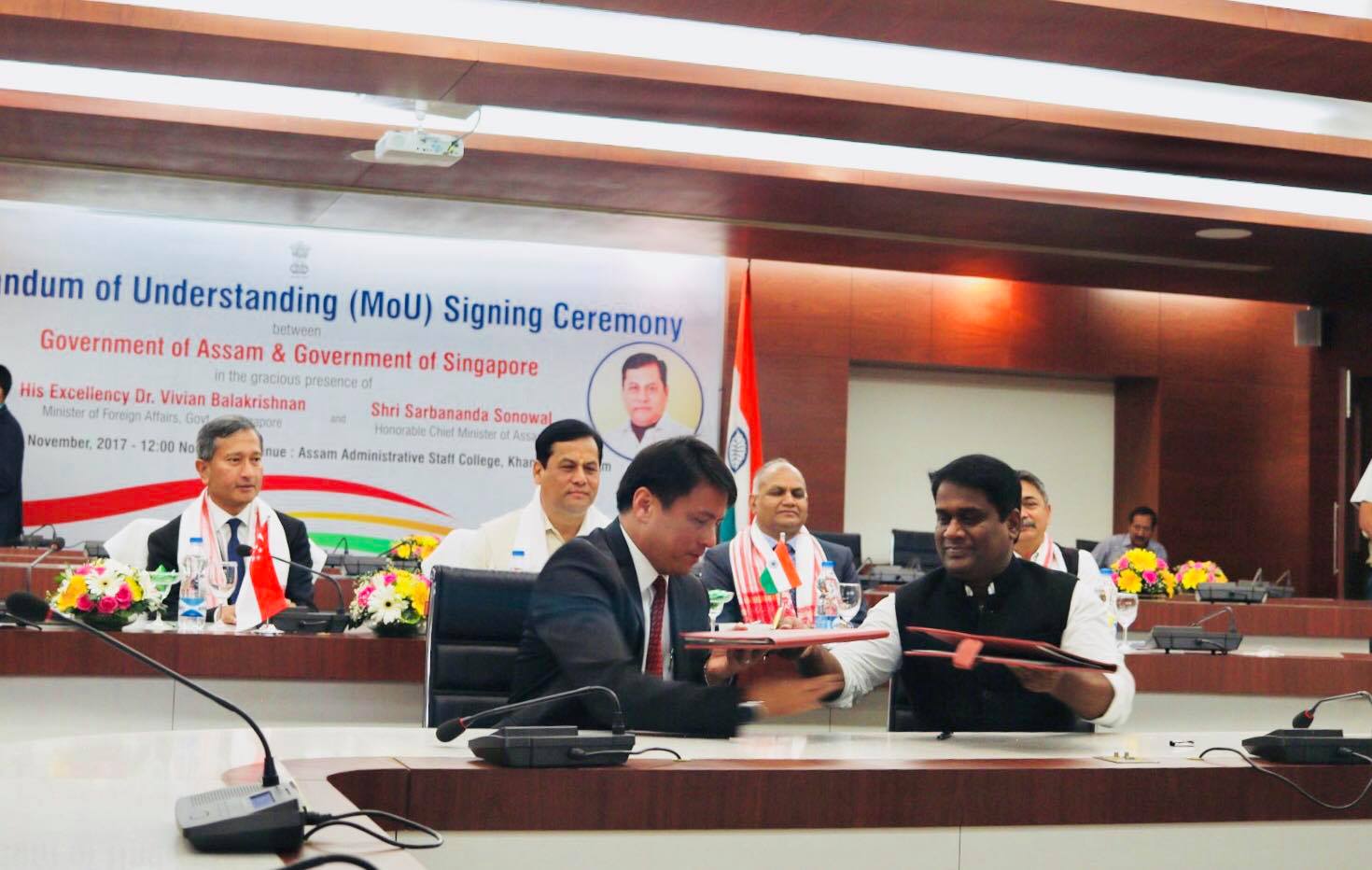 Singapore is the second country after Japan to be invited to invest/engage in North East region where access of foreigner and foreign investors is restricted amid objections by China over territorial claims. The development comes after India's standoff in Doklam at China border in the North East.

Earlier, the Japanese Prime Minister Shinzo Abe signed a road network project in the North East expanding to Myanmar, Bangladesh and Thailand. China looks to push its One Belt One Road project in these countries and India has rejected its offer to join.