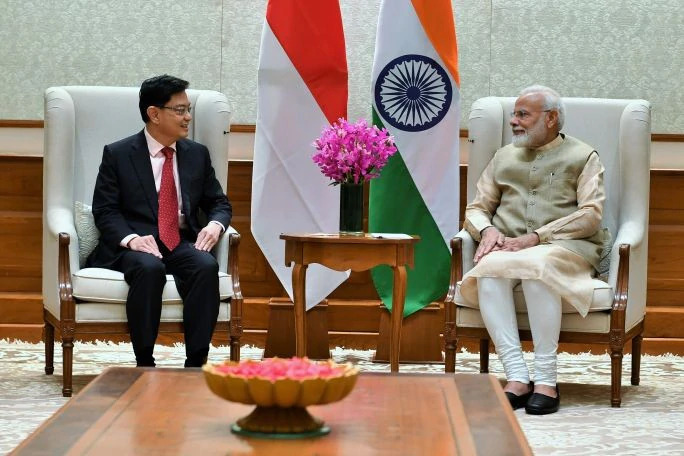 He conveyed the regards of Singapore Prime Minister Lee Hsien Loong and Minister Emeritus Goh Chok Tong. Indian Prime Minister Modi recalled his productive meetings with them and requested DPM Keat to convey his best wishes to them as well.

Modi also expressed his appreciation for the participation of Loong in the special event to commemorate the 150th birth anniversary of Mahatma Gandhi at the United Nations in New York last month and expressed happiness at growing investment and trade relations between the two countries.

"The launch of RuPay Card and BHIM app in Singapore has greatly enhanced the ease of financial transactions. We also successfully organised the second Joint Hackathon in Chennai with participation of Singaporean students. All these developments symbolise the close community, business and innovation partnership between our two countries," Modi said.

Heng pointed to the transformative steps taken by the Indian Government and noted the consequent enhancement in investment opportunities, particularly in India’s infrastructure sector. He also highlighted the increasing cooperation between India and Singapore in the technology sector, including FinTech.

"Singapore enjoys warm, broad-based, multi-faceted bilateral relations with India," DPM Heng wrote in a Facebook post. "We discussed regional and global economic developments and how we can further deepen collaboration in areas such as infrastructure, digitalisation, and trade facilitation."