Singapore’s interest-rate markets are signalling gains for the local dollar as bets are growing the nation’s central bank will avoid easing policy next month and some economists are starting to forecast tightening in October, according to a report by Bloomberg.

Sending the gap to minus 9.6 basis points on March 20, the lowest level since June 2012, the city-state’s two-year swap has fallen below its US counterpart this year. Because the nation’s central bank uses the exchange rate as its policy tool, rather than interest rates, the negative spread indicates expectations the Singapore dollar will strengthen to compensate for lower domestic rates. 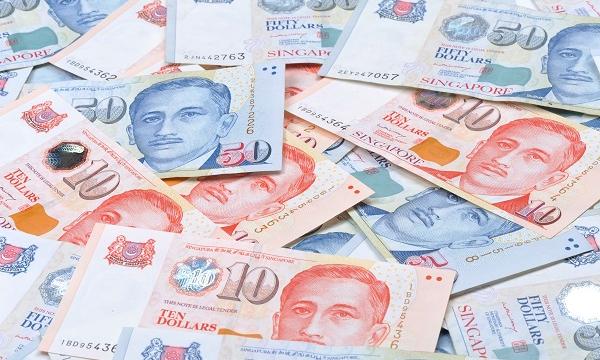 Core inflation, the Monetary Authority of Singapore’s (MAS) preferred a measure of prices, rose 1.2 per cent in February from a year earlier, while gross domestic product expanded in the fourth quarter at the fastest pace in two years.

Swapnil Kalbande, Asia rates strategist at Deutsche Bank said, “With growth and inflation both turning around, it’s really unlikely that the MAS will conduct any kind of easing at the next policy meeting.”

“Those easing expectations have come off,” he added weighing on Singapore rates.

All but one of 16 economists surveyed by Bloomberg forecast the central bank will keep its policy stance unchanged at its next biannual review in mid-April. Maybank Kim Eng Securities and United Overseas Bank said the MAS could shift to an appreciation bias as early as October.

Singapore money-market rates have declined relative to US rates over the past year, partly because of an increase in liquidity in the city-state’s financial system. For example, the six-month swap-offer rate, the floating leg of Singapore’s interest-rate swaps, fell about 19 basis points this year, to 1.15 per cent on Friday (March 24). It too has diverged from the US dollar to Singapore dollar exchange rate.

“One big reason for the correlation between FX and rates to weaken is excess liquidity in the banking system, which lowers money-market rates,” said Vivek Rajpal, a rates strategist at Nomura Holdings in Singapore.

Year-on-year growth in the nation’s M1 money supply has quickened since turning positive in April. The increased liquidity was partly driven by the buildup of the nation’s foreign-exchange reserves, said Deutsche’s Kalbande.

“The MAS has built a decent amount of reserves in the past months and, to my understanding, the central bank hasn’t fully sterilised the interventions,” he said. “That’s what’s keeping liquidity really flush.”