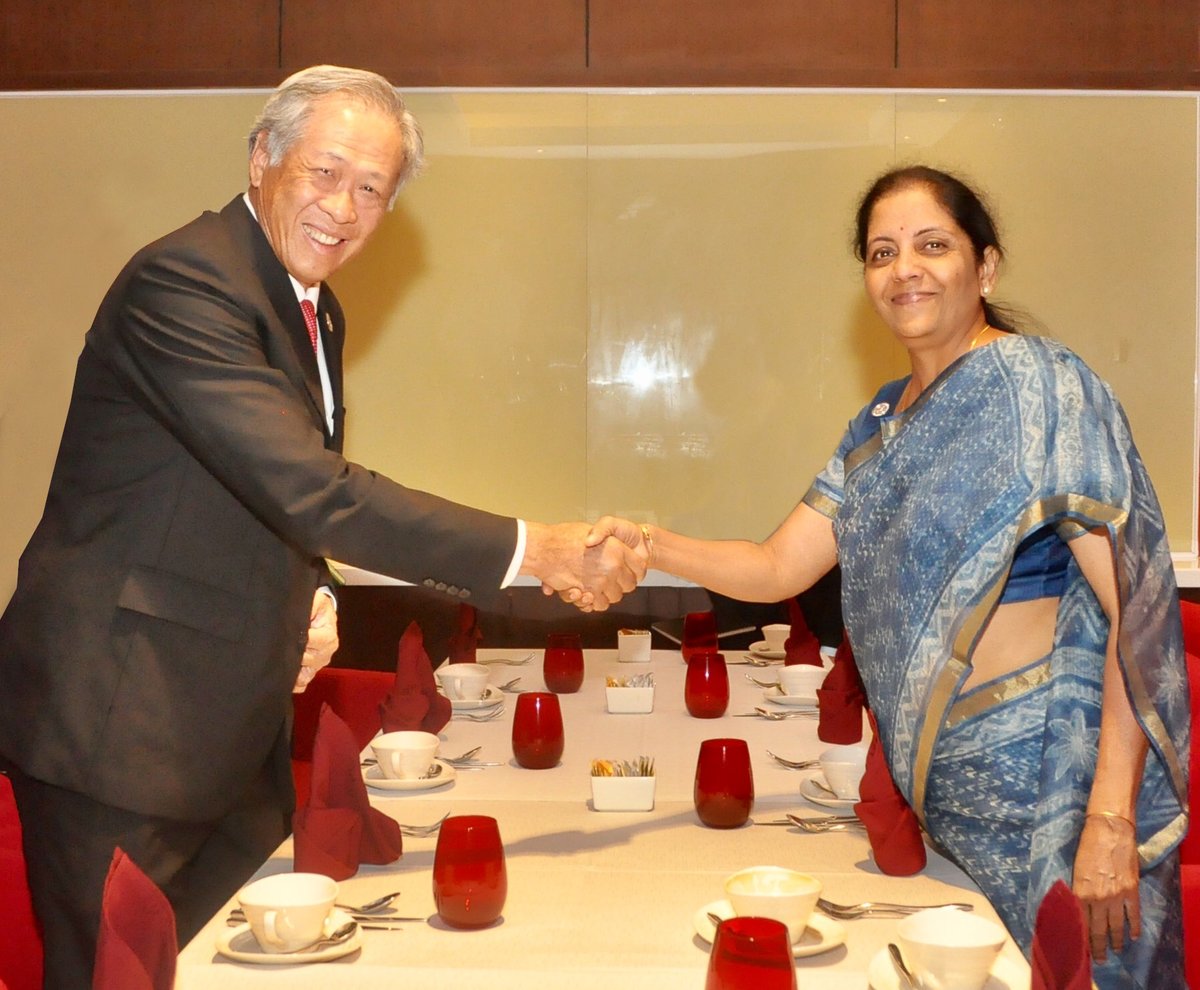 Buoyed by the success of the inaugural DMD held in Singapore last year, the two sides will look to deepen their defence ties during Dr Ng's visit.

"Headed to India for the second Singapore-India Defence Ministers Dialogue in NewDelhi, and to visit the bilateral Airforce exercise at Kalaikunda Air Force Station, near Kolkata. Our defence ties are strong and this trip hopes to step up our bilateral cooperation even more," the minister wrote in a post on his Twitter account before his departure.

Headed to #India for the 2nd Singapore-India #DefenceMinistersDialogue in #NewDelhi, & to visit the bilateral #airforce exercise at Kalaikunda Air Force Station, near #Kolkata. Our #defence ties are strong & this trip hopes to step up our bilateral #cooperation even more. pic.twitter.com/BtPIhkPU8S

Dr Ng will land in Kolkata first and on November 28, he will visit the Republic of Singapore Air Force-Indian Air Force Joint Military Training at Kalaikunda Air Force Station in Kolkata.

He will also deliver a lecture on the topic ‘Defence Relations between Singapore and India in an Evolving Indo-Pacific Security Landscape’ at the Brookings Institution India Centre. 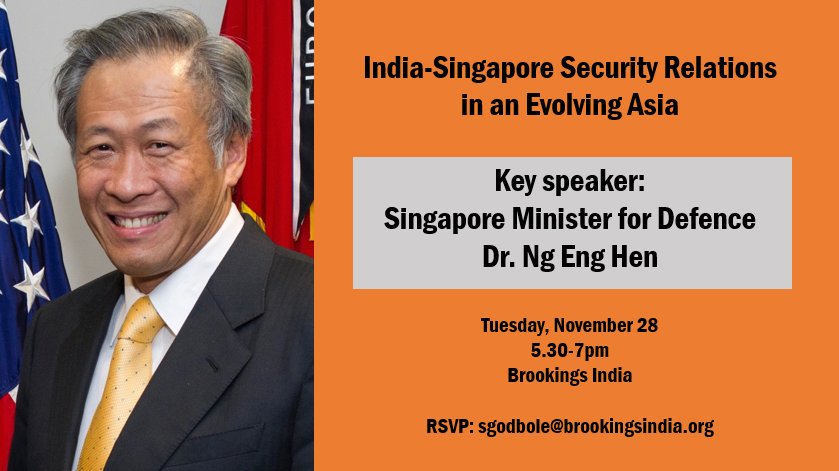 Dr Ng is accompanied by Chief of Navy Rear-Admiral Lew Chuen Hong and other MINDEF-SAF officials.

Both countries recognise the centrality of ASEAN in the security architecture of the region and focus on maritime security, freedom of navigation and threat of terrorism.

Singapore is India’s 10th largest bilateral trade partner (2016-17) and the second largest among ASEAN countries with a share of 2.5 % and 2.6 % of overall trade of India and Singapore respectively. Singapore also has access to 18 additional Indian points open to ASEAN countries. Singapore Airlines holds a 49 % stake in Vistara, a JV with Tata Group.

A Defence Cooperation Agreement (DCA) between India and Singapore was signed in October 2003, and the enhanced DCA signed in November 2015 during Prime Minister Narendra Modi's visit to provide an overarching framework for bilateral defence cooperation. This includes conduct of policy dialogues, working group and staff talks, exercises, training activities, exhibitions and conferences.

Pursuant to the enhanced DCA, the inaugural Defence Minister Dialogue was held on 3 June 2016 when the then Defence Minister Manohar Parrikar visited Singapore for the 15th Shangri La Dialogue. Exchange of visits and exercises are regularly held between armed forces of two countries.