Assets worth SGD 8.6 million traced to fugitive diamantaire Nirav Modi were frozen by the Singapore High Court on Monday. 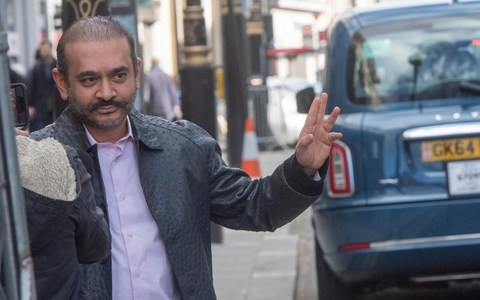 A total of four bank accounts in the island nation belonging to Nirav Modi's sister Purvi Modi Mehta and her husband Mayank Mehta have been frozen.

According to a probe agency, "Singapore High Court has ordered freezing of balance of USD 6.122 million (INR 44.41 crore) in the bank account maintained in Singapore by Pavilion Point Corporation, British Virgin Island, a company beneficially owned by Mayank Mehta and Purvi Modi (brother-in-law and sister of Nirav Modi) on the request of the Enforcement Directorate on the ground that deposits in the bank account were made from proceeds of crime illegally siphoned off by Nirav Modi from the Punjab National Bank."

Just a few days ago, ED had frozen six bank accounts belonging to Modi and his sister, Purvi in Zurich, valued at over USD 6.1 million. Modi’s application for Singapore citizenship had earlier been rejected by the island authorities.

Modi, wanted in India in connection with the nearly USD 2 billion Punjab National Bank (PNB) fraud and money laundering case, was last week further remanded to judicial custody in the UK until July 25.

The next case management hearing has been scheduled in the UK for July 29.