The much-anticipated Cabinet reshuffle of the Singapore government was announced yesterday, giving younger leaders chance to head around two-third of the ministries.

The younger leaders who are famously known as fourth-generation or 4G leaders in the Government, were given new roles in the reshuffle which will be effective from May 1. Chan Chun Sing will head the Ministry of Trade and Industry (MTI), Josephine Teo was made Manpower Minister and S Iswaran will be Minister for Communications and Information. Iswaran will remain in the MTI as the Minister in Charge of Trade Relations. 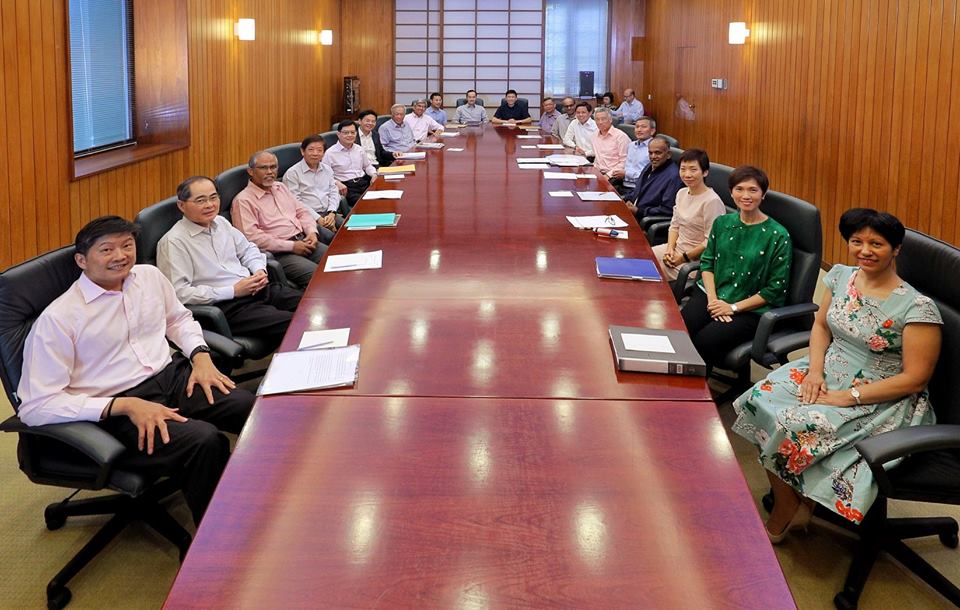 The fourth-generation or 4G leaders will head around two-third of the ministries in the Singapore's government. Photo courtesy: Facebook page of PM Lee

Indranee Rajah will be Minister in the Prime Minister’s Office (PMO) as well as Second Minister for Finance and Education. With her appointment, the Finance Ministry — which will continue to be helmed by Heng Swee Keat — will have two Second Ministers, the other being Lawrence Wong.

Environment and Water Resources Minister Masagos Zulkifli will take over from Dr Yaacob as the Minister-in-charge of Muslim Affairs.

In a Facebook post, Lee Hsien Loong, Prime Minister of Singapore said that the extensive reshuffle to the Cabinet means that the Singapore Government’s leadership transition is well underway.

“Cabinet is a live grouping. I regularly have to move ministers around, appoint new ones from the backbenches, promote some office holders, and from time to time retire others,” said PM Lee in the post.

"This year’s reshuffle is more extensive than usual. Three long-serving ministers are retiring. Many office holders elected in recent elections are getting new or expanded portfolios. I have decided to stretch the younger ones, giving many of them two ministries and additional responsibilities.

Reposing faith and confidence in younger ministers, PM Lee said, “The younger ministers will progressively take over more responsibility for governing Singapore. After this reshuffle, they will head two thirds of the ministries (except for Transport, Health, Defence, Home Affairs and Law). The leadership transition taking place in the next few years is well underway.”

“I ask Singaporeans to continue to support us, and work with me and my team to take Singapore forward,” soliciting support from the Singaporeans for his Cabinet reshuffle.

Heng Swee Keat,  Finance Minister of Singapore said in a Facebook post that the changes will ‘strengthen’ the Cabinet.

"Even as my colleagues and I step up to new positions, and we build our collective strengths as one team, we continue to learn and benefit from the guidance of PM, the DPMs, our colleagues and the communities we serve," he said.

Elated to get the new assignment of heading the Ministry of Trade and Industry (MTI), Chan Chun Sing, said, “I am greatly privileged to be joining the MTI team. I have worked with the MTI team on various projects and they have always impressed me with their deep sense of mission and professionalism.”

“In a way, the new role at MTI is an extension of the work in NTUC to ensure that our working people can continue to benefit from good jobs and our businesses can have the opportunities to become more competitive. I look forward to working even more closely with the business community and Labour Movement to write the next chapter of our country’s economic development,” Chan said in the Facebook post.